President William Ruto has called for a concerted effort by African states to transition to low-carbon energy.

“Faced with this decision, African countries will need financial and technical support for a just transition to low-carbon, clean technologies to boost our industrial and productive sectors such as agriculture, infrastructure development and job creation,” Ruto said. 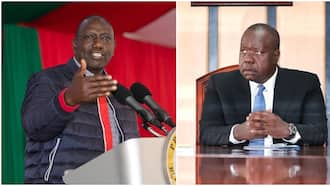 The government suspends all foreign travel by outgoing CSs, PSs unless approved by Ruto

Ruto also pointed out that it is unfortunate that Africa is feeling the effects of climate change the most, even though it contributes less than 4% to global emissions.

“The recently published Intergovernmental Panel on Climate Change (IPCC) report confirms that Africa is more affected by climate change than other regions, despite our contribution of less than 4% to total emissions,” the head of state added.

Ruto traveled from the UK to the US where he attended the funeral of Queen Elizabeth II at Westminster Abbey in London on Monday September 19.

Also Read :  How the UN aids the powerful to exploit their weak - By: Sonala Olumhense

However, in a move that drew mixed reactions on social media, several world presidents traveled to the venue by bus.

The Telegraph reported that world leaders had been ordered to abandon their diplomatic cars and share transport with their counterparts. 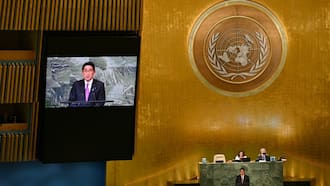 This was reportedly part of plans organized by the Foreign, Commonwealth and Development Office (FCDO) to allow the leaders safe travel to the funeral.

“Leaders worldwide are ordered to abandon their diplomatic vans and instead share transportation with their fellow presidents and prime ministers to ensure safe travel to the funeral,” the publication said.

During her stay in Britain, Ruto was martyred by King Charles III. invited to dinner where they discussed ways to improve bilateral relations between the two countries.

PAY ATTENTION: Under the “Following” tab, click “Show first” to see TUKO News in your newsfeed