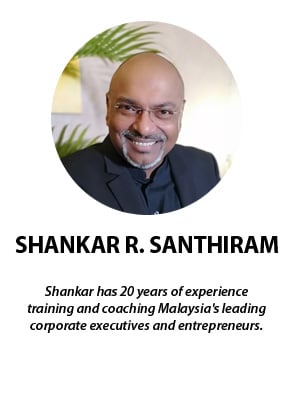 Political scientists, analysts and observers are all in overdrive writing opinion pieces on when the next general election will take place.

Some are speculating that it is imminent and may be accessed within weeks, if not days. Others are predicting it will be later in the year, and yet some are saying it may be by the middle of next year.

But apparently soon five guys from one political party and not even the one with the biggest representatives of our citizenry will get together and decide when the rest of us gets to vote.

Five lads coming from the joint second strongest single party in our current Parliament, whose leader is indicted in court on 47 charges of money laundering and criminal embezzlement, will decide our fate.

How weird does that sound? And we wonder what’s wrong with our country?

Someone I know recently remarked that Malaysia should build the proposed bridge between our country and Indonesia as soon as possible. With Indonesia’s progress, both politically and socio-economically, many of us will soon be looking for work in our neighborhood and this bridge will make it easy for us to travel to work.

But I digress. Coming back to the election date, as much as the Malaysian intelligentsia loves to make predictions and counter-predictions, it is truly a crash shoot.

For years, those in power have wrongly controlled when Malaysian parliamentary elections are called. A variety of “candy” is usually handed out by our leaders ahead of the upcoming call.

Cash donations, a human-centric but not necessarily economically sound state budget are presented and the construction of new schools, roads and health facilities is promised. And seldom-seen MPs suddenly appear in your constituency kissing babies at random.

A week ago, while doing media work for a Member of Parliament at a weekly public market, I laughed out loud when a vegetable seller told me openly that she knew elections were coming up soon. She said every day some politician comes to the market to give something out and shake hands with them.

Our current prime minister seems to be playing a game of cat and mouse with his own people. He is one of the “Top Five” that will determine the date. But he seems to miss meetings, travel and reschedule appointments.

You get the feeling he’s not really in a hurry. It’s a shame for him that while he holds the country’s top post, he isn’t the leader of his own party. So he ends up having to bow to “more important” people in his circle.

Of course, political analysts will spin yarns about what the prime minister can, will, and must do. But the reality is that we all know that our politicians don’t really care what political analysts say or what we, the citizens, think and need.

They will do what is convenient for them.

We all saw this 22 months after we last voted with high hopes. Some villains decided to spit in our faces and jumped to whoever could offer them a better deal for their political survival, and some commentators even claimed they jumped for economic reasons.

On this tour with the MP I also met an elderly gentleman who scolded me, although I don’t know why as I don’t solicit votes.

He was pretty angry that he worked really hard in 2018. He said he queued for hours, attended as an election observer, helped those who needed it, and proudly voted. Then, in less than two years, the government he had voted for fell flat.

He kept asking me why he should vote now. It was all make-believe, he said.

The only answer I had to this angry “uncle” was that we can’t stop voting because we’re disappointed with the results of the last round, and then we complain about the state of the nation. I explained to him that if we’ve been let down by “the frogs” in the past and don’t bother to vote again, we simply disempower ourselves.

I hope I’ve convinced him to continue exercising his right to vote.

But here’s the thing. Our politicians like to “surprise” us with the election date and start offering us “candy” like children before condescending to call out the ballot box. In fact, they “bribe” us first in every way, so we’ll vote for them.

This is not a newly discovered technique. They’ve been doing this forever. So, this round, we just don’t fall for this scam…lah.

As citizens, we must learn to think critically, even when a set election date addresses the democratic deficit and low turnout, and the cynicism we feel when we think about our politicians.

The prime minister and his merry band of musketeers can call elections whenever they want. It is crucial that we are informed and empowered to make decisions based on clear, reflected and critical thought.

Malaysia needs to be saved and in the end it’s only you and I who can be expected to do it.

The views expressed are those of the author and do not necessarily reflect those of FMT.

Turkey vows to defend interests against Greece amid tensions