Traffic indicators recorded in August at the port of Valencia have once again acted as an accurate thermometer of the state of international trade, of the turmoil in the fuel, solid bulk (cereals) and liquid bulk (liquefied natural gas and oil) markets, as well as the world of Container (import/export of finished goods) and tourism. In August, Valenciaport’s terminals saw new declines in throughput traffic, but posted historic records for import containers, dry bulk and liquid bulk, and cruise passengers.

In August, Valenciaport registered two August milestones according to data collected by the Statistical Bulletin of the Port of Valencia Authority (PAV). The figures confirm the import train that unloaded a total of 86,463 containers at the docks of the port of Valencia this month, which is 21.45% more than in August 2021, and the full recovery of cruise tourism with the arrival of 103,385 passengers this month . Total traffic fell by 5.24% and containers by 1.61%. Of these, full containers decreased by 5.19%, mainly due to the decrease in containers destined for transit (-15.9%) and to a lesser extent export (-2.71%). On the other hand, as already mentioned, import containers increased by 21.45% and empty containers by 9.78%.

The dynamics of import containers is also reflected in the cumulative number from January to August with an increase of 9.77%. In a year marked by geopolitical complexities, port facilities are marked by the ebb and flow of international trade. Thus, according to the PAV Statistical Bulletin, for the first eight months of the year, 55.48 million tons of goods were moved through the docks of the Port of Valencia, a decrease of 2.74%. The number of containers between January and August was 3,545,220, down 6.22% despite the increase in container unloading. Full TEUs (standard 20-foot, 6.1-meter containers) destined for cargo saw a 6.23% decrease. The phase-out of transit containers continues and has decreased by more than 220,000 units between January and August this year compared to the same period in 2021, ie -13.1%, while empty containers have decreased by 2.54%.

And taking the full year as a reference, ie September 2021-August 2022 with the same period last year, the figures show that the total volume of goods was more than 83.3 million tons, down 3.07%. The number of containers was 5,369,221, down 6.3%. Of these, the number of import containers reached 890,291 TEU, an increase of 12.88% compared to the same period last year and an all-time record that underlines the importance of purchasing goods and services both for consumers who have access to more products and for Spanish companies access to components and machines to continue production. Contrasting the increase in the number of import TEUs, there was a 3.95% decrease in the number of TEUs for export and a 14.54% decrease in transhipment TEUs.

The data from the PAV Statistical Bulletin shows that all the indicators point to the resistance of the Spanish internal market not to be carried away by the economic pessimism that is already present in some sectors and in some areas of the economy around the world. 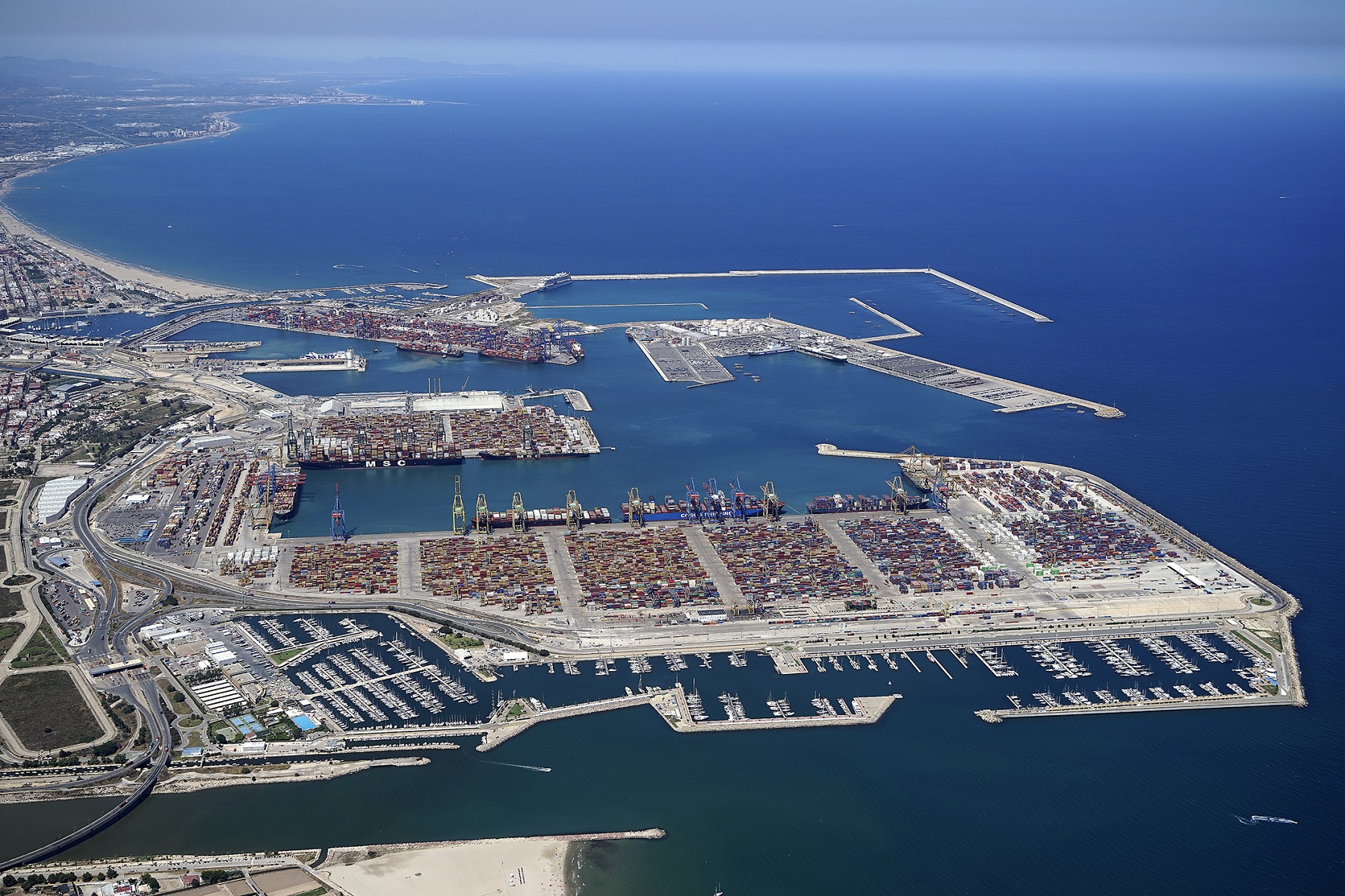 The PAV data also shows the recovery in passenger transport after a complicated few years marked by the COVID-19 pandemic. The docks of the Port of Valencia received 899,870 passengers between January and August this year, an increase of 143%. Of these, more than a third of the total 352,646 are cruise ship passengers, a number close to pre-pandemic numbers, and the remainder, 547,224, are passengers coming or going to or from the Balearic Islands.

As mentioned above, a total of 103,385 passengers docked in Valencia in August, which is a record for the number of tourists arriving in the city in a single month, the result of the commitment of the shipping companies to a safe destination, committed to experiences and Excursions in Valencia and the rest of the province.

In the first eight months of the year, ro-ro traffic (goods carried on vessels carrying roll-on/roll-off cargo such as trucks or vehicles) grew by 0.85%, reaching 8,805,262 tons . The number of Intermodal Transport Units (ITU) increased by 7.14%.

The number of cars handled by the terminals of the Port of Valencia in the first eight months of the year amounted to 384,880 units, representing a growth of 17.66% compared to the same period in 2021. This vehicular traffic is mainly with Italy, Belgium and Turkey for 50% of the operations.

In terms of sectors, as in previous months, it is worth highlighting the transport of the energy sector, in particular natural gas, which mobilized 2,668,766 tons of this energy source, 160% more than in January-August 2021. Almost 70% of natural gas imports arrive at the port of Sagunto , are from the United States, followed by Nigeria and Egypt. Vehicles and transport elements increased sales abroad by 1.63%, with automobiles and their parts standing out with an increase of 8.79%. Other sub-sectors of the agri-food industry also grew, such as canned goods up 14.28%, feed and feed up 12.64% and oils and fats up 8.54%. The general trend over the last few months has been a fall in exports in most sectors and an increase in imports.

The United States, Italy and China, the main partners

By country and by total freight traffic, the United States continues to lead the trade relations with the port of Valencia, with a total of 6,226,143 tons mobilized, which is 21.81% more than in January-August 2021. The increase in imports, which doubles, should be highlighted have due to the growth of natural gas from the North American country. Italy followed with 5,166,903 tons, similar to the previous year. The transalpine country remains ahead of China, with the Asian giant mobilizing 4,334,492 tonnes, down 6.33%. Great Britain (+64.22%), the Netherlands (+35.05%), Romania (+22.12%) and Nigeria (+20.66%) showed the highest growth rates.