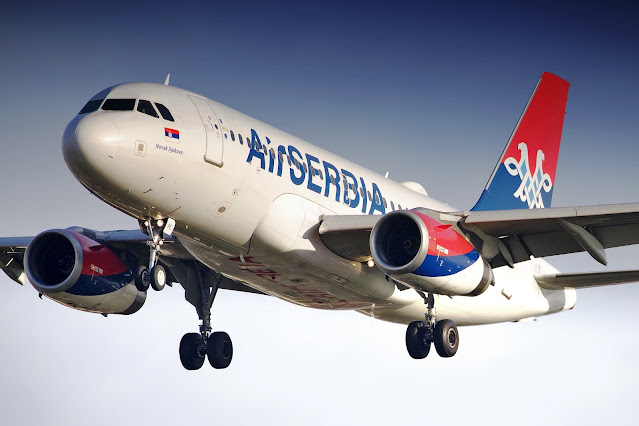 On November 8, I flew with Air Serbia between Paris and Belgrade. This year was my fifth flight with Air Serbia (I flew Belgrade-Nis, Belgrade-Barcelona, ​​Belgrade-Thessaloniki and Belgrade-Rome before). However, this was my first business class trip with them this year. Last year, I wrote a report on my disappointing experience with them in trade between Istanbul and Belgrade; here, lounge, fast track, etc. You had almost none of the amenities you would expect from buying a business class ticket like That this experience couldn’t be more different than that and probably one of the best flights I’ve had with Air Serbia recently.

The flight from Paris to Belgrade was scheduled to depart at 10.10 am, so I arrived at the airport around 8 am. There were three Air Serbia check-in desks, two for economy and one for business. There was no one in line at the business class desk so I quickly checked in, handed over my luggage and was told I could use the lounge. I already knew that the business class cabin would be full, as it was stated that 8 people chose their seats. 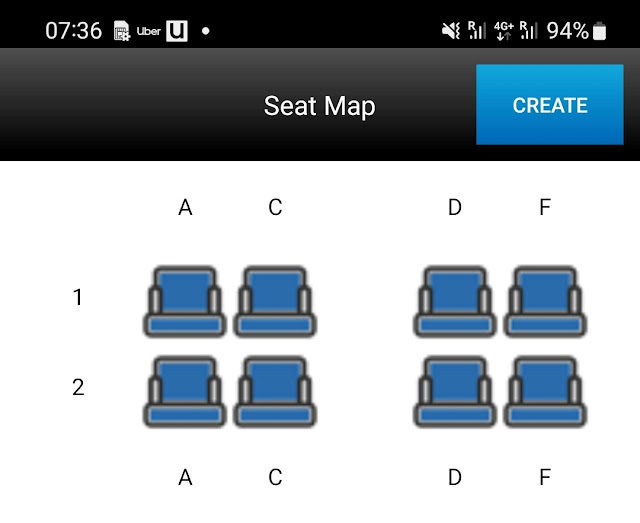 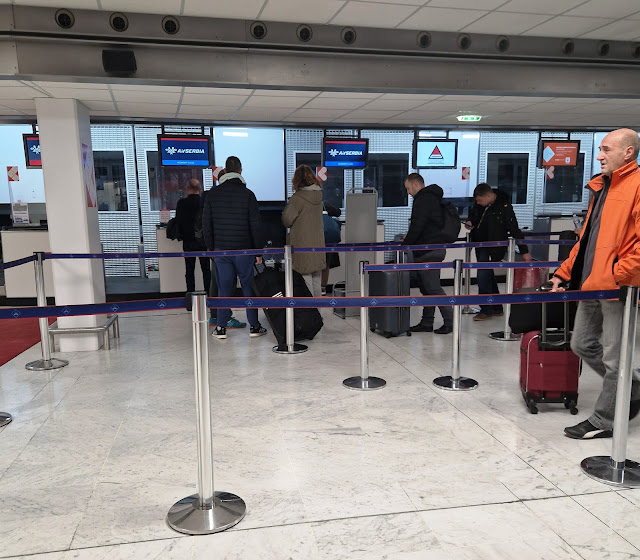 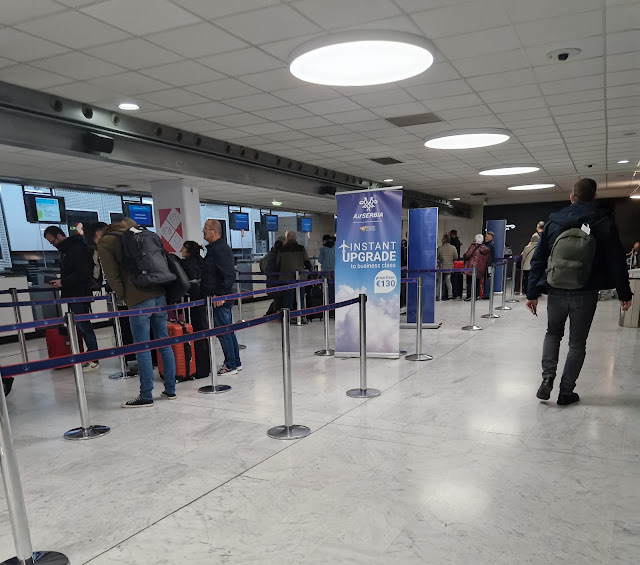 Security was pretty quick and as a business class passenger I had access to fast security and passport control lane which was convenient and appreciated. I checked to see if the plane left Belgrade on time, and I was very happy both on time and arriving in Paris 20 minutes early.

The lounge used by Air Serbia is shared with Etihad Airways and a few other companies, but it wasn’t too busy. There were only Etihad passengers there. Some hot food and drinks are served in the lounge. I wasn’t really hungry so I had nothing but coffee. A little later, Air Serbia passengers were called to the plane. The gate was nearby and when I arrived I saw most people getting on. There is one lane reserved for business class boarding and economy class boarding. 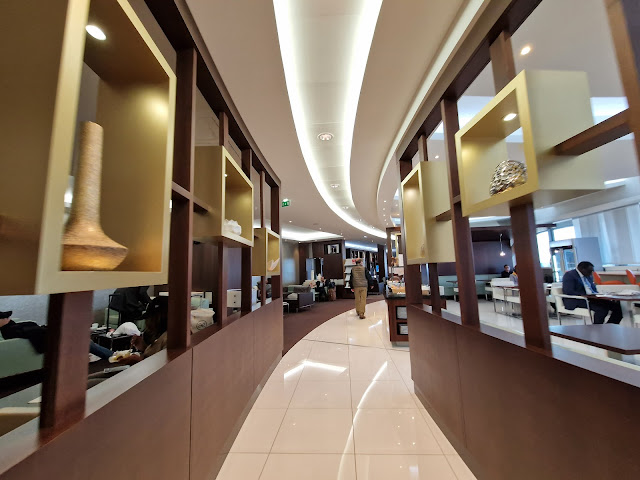 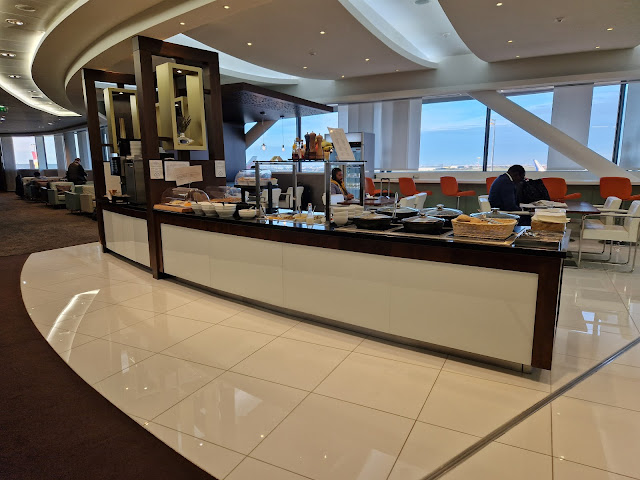 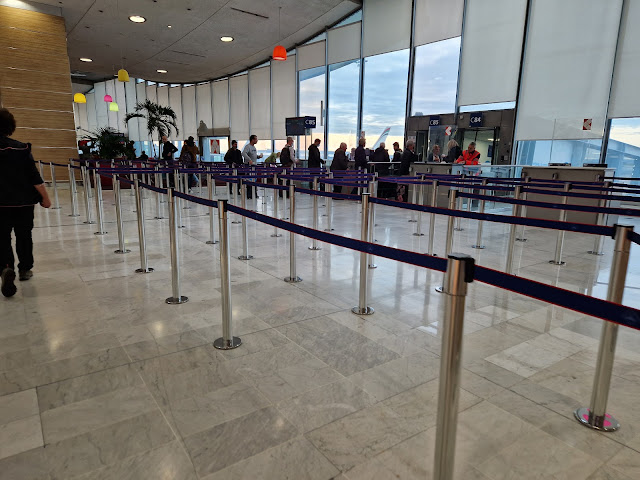 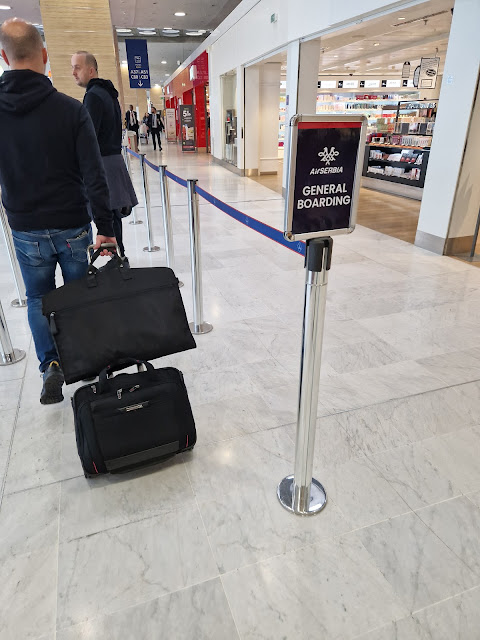 There were two cabin attendants who greeted the passengers as they walked across the jet bridge to the plane. The entire crew wore (appropriately) face masks, which is interesting considering that almost all airlines in Europe have abandoned the concept. At no point during the flight did they remove them. I’m assuming Air Serbia didn’t want their crew to get sick and then have staffing issues, so they made this a requirement for the crew. Despite the mask, I recognized one of the two crew members on my previous flight to Milan a few months ago, working in the economy cabin at the time.

I sat in the 2F seat of my choice and the two rows for business class started to fill up. I got to know the musician Goran Bregović sitting in the first row. Air Serbia has a euro business concept, so the seats in the 3-3 configuration are the same as in economy class, but the middle seat is blocked. When I took my seat, the business class breakfast menu was offered by the crew for me to make my selection. 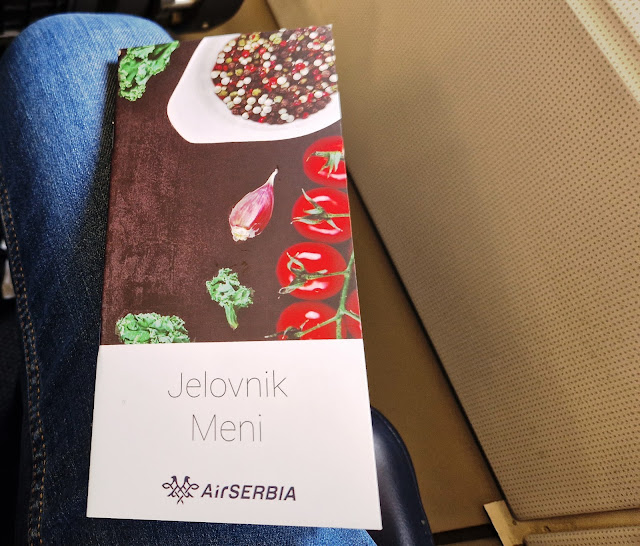 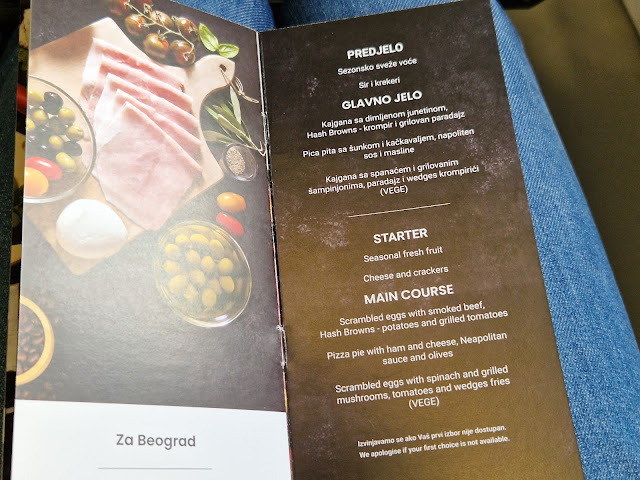 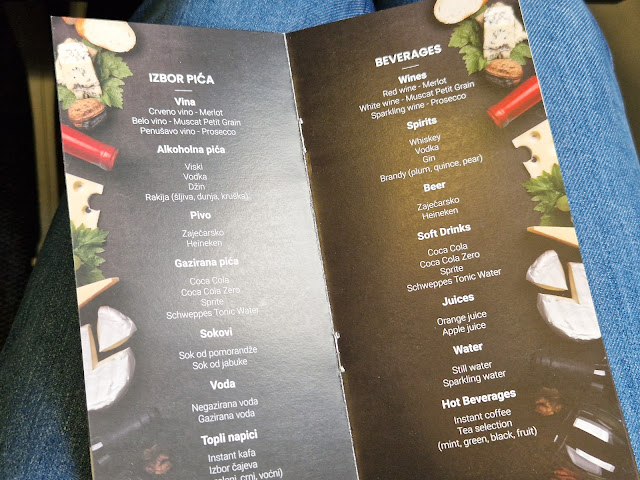 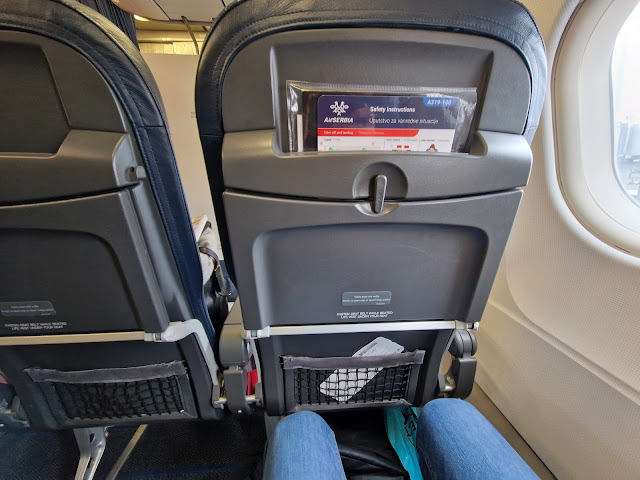 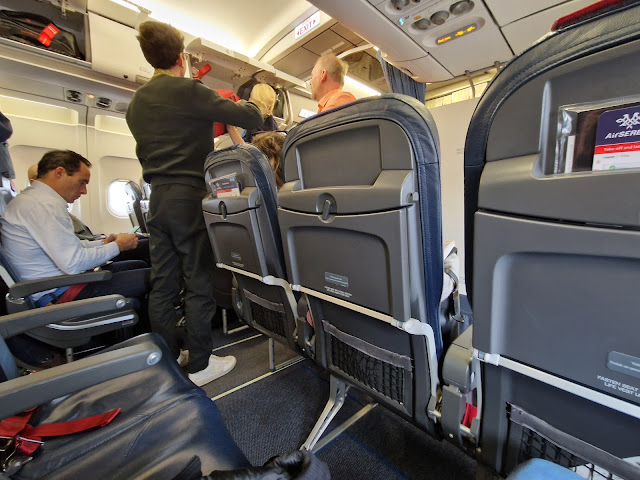 I must admit it was very unusual but welcome for a European airline offering three hot meals on a 2 and slightly hour flight. About 10 minutes later, when the boarding was about to be completed, the crew member came and asked me what I had chosen and what I wanted to drink with my meal. I ordered pizza pie. The team asked when I would like the food to be served and also passed by the newspapers.

Also Read :  More than a third of people in this Asian country don’t ever plan to travel again. Here's why

Two team members at work were working hard. Before the doors closed, people from the economy were rushing to pack their luggage. It was a challenge to fit all the bags into their overhead bins as literally everyone had mini suitcases with them and the flight was packed, but they finally managed. 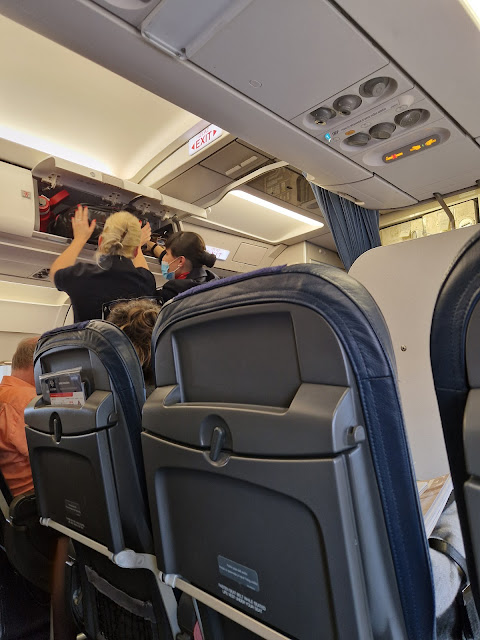 The doors were closed at 10:00 am (I recorded the time for the purpose of this report). We pushed it back at 10.08 AM. We parked between an Etihad B777 and an Emirates A380. Taxiing towards the runway, we were in the fourth row for takeoff – there were two Air France planes ahead of us (one to Athens, the other to Milan) and we were on the Emirates A380 10.10 bound for Dubai with the same departure time. Finally, at 10.30, it was our turn to take off. Thus, although the doors were closed 10 minutes before the departure time, we could only leave 10 minutes later than the planned departure time. 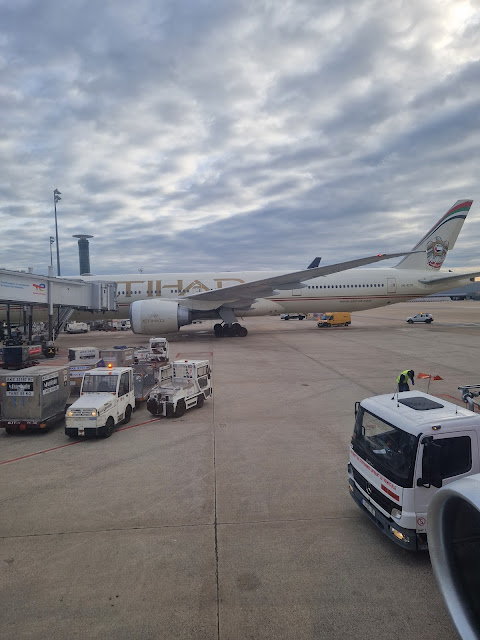 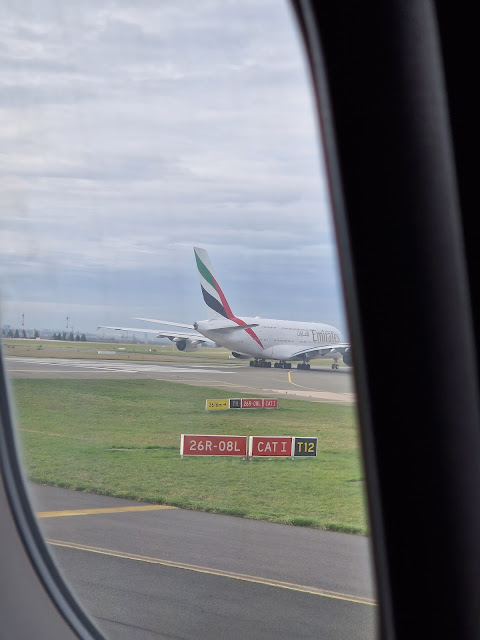 Shortly after takeoff, the crew offered everyone their choice of food and drink. Mine tasted good. Interesting to see the Air Serbia logo engraved on the cutlery. The crew also quickly collected the trays and asked if they wanted tea or coffee. 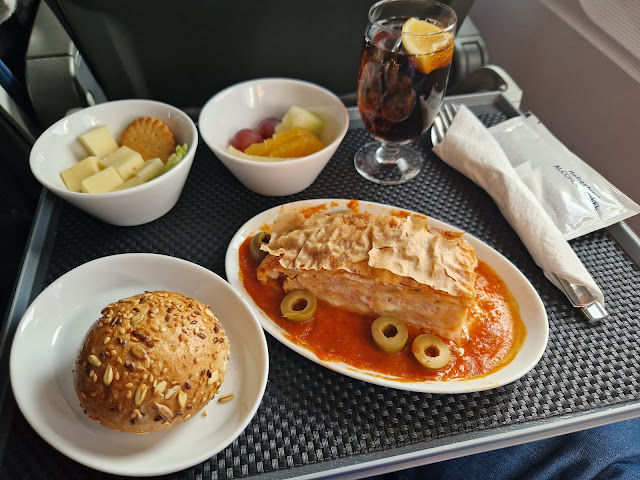 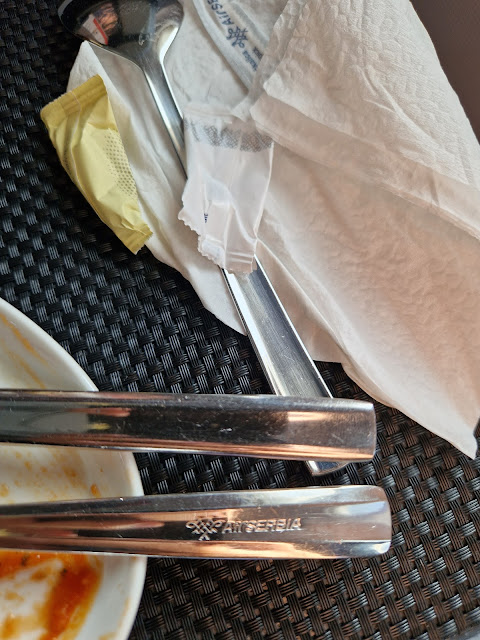 The toilet was clean but only one person had used it before. Soap, antibacterial gel and wet wipes were available. 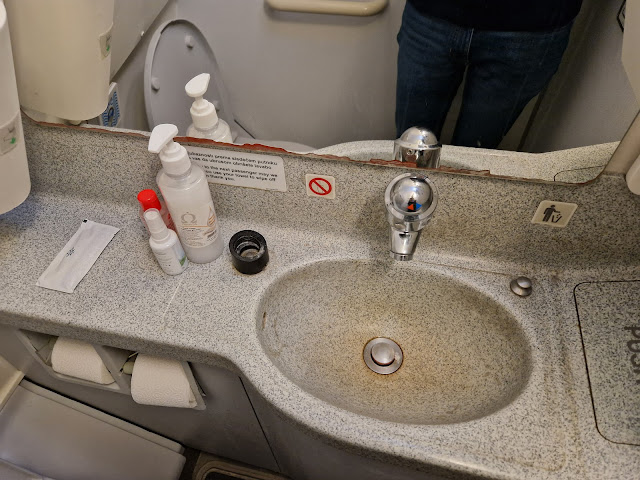 I listed the remainder of the flight through Elevate inflight magazine, which featured Malta as the airline’s newest destination on its front cover. The magazine has good content and is mostly read as a travel magazine with articles on various destinations, but it also includes some interesting articles on what’s going on in the world during the month. There are also feature interviews with celebrities in various parts of Serbia. There is also a news section about Air Serbia. 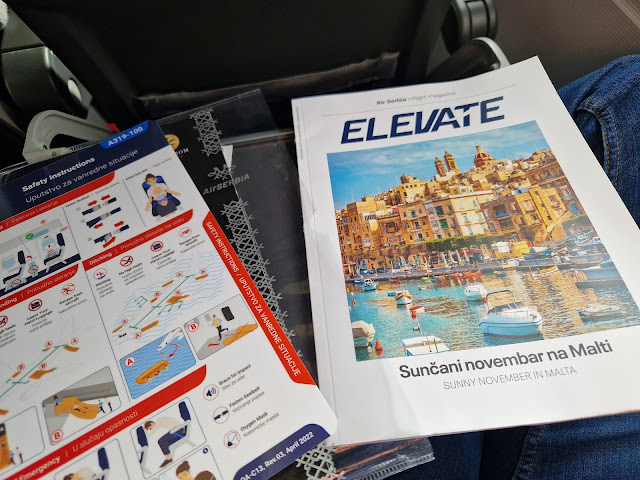 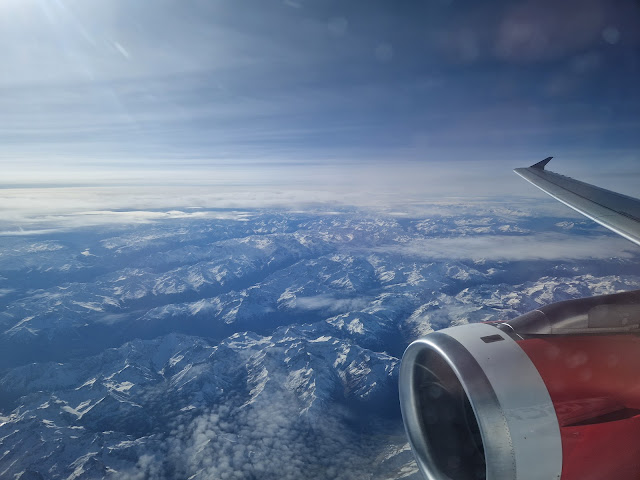 We landed in Belgrade just in time at 12.30. Although we were flying from the north, we took a turn and landed from the south, which means that everyone on the right side of the plane has a good view of Belgrade city center first, then the New Belgrade communist blocks. The city was quite green in early November, but still is as I write this report at the end of the month. 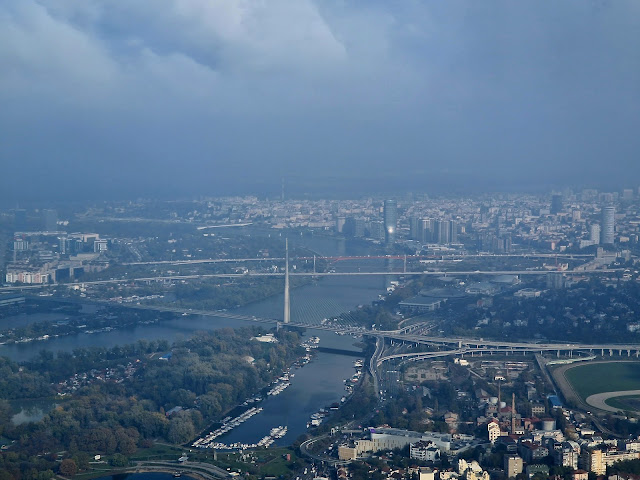 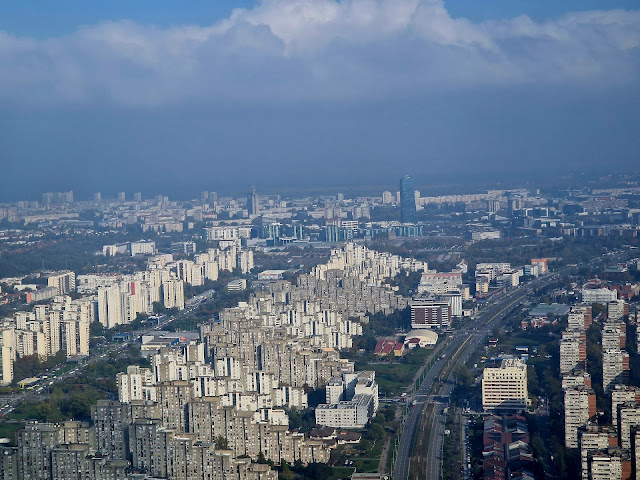 We parked at gate C10. I was one of the first to get off the plane and thankfully the passport control was empty as there were no other flights at that time. As 5 of the stands were open, I walked right by and prepared to wait a long time for luggage. To my great surprise, the trunk was already in the belt and I saw my bag spinning. I say this was a surprise, as it took 5-10 minutes from the point where the plane doors were opened until I reached the baggage belt. Since then I took another flight to Belgrade and it was exactly the same. Maybe they’ve improved their baggage delivery speed or something. 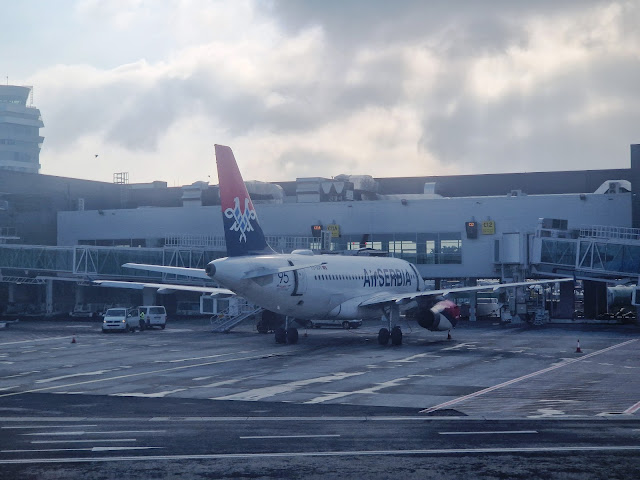 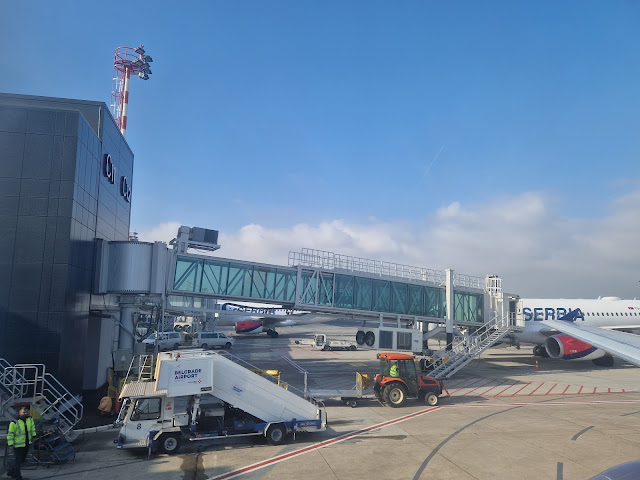 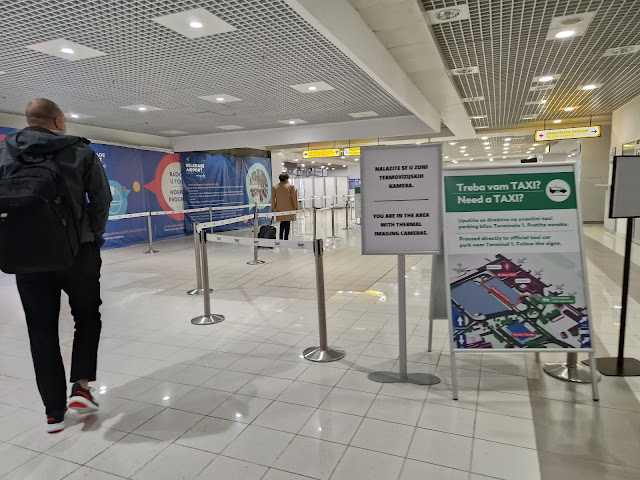 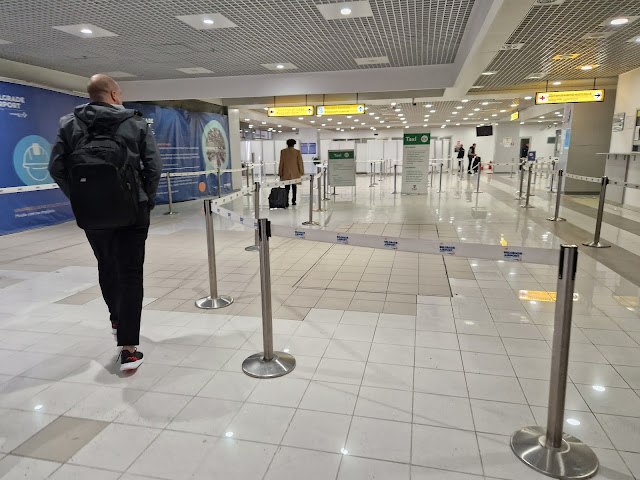 Overall it was an enjoyable flight. It was good to see that facilities like lounge access and fasttrack are back in stations after Covid. Service was good. I believe Air Serbia is the only airline in Europe to offer such a wide choice of meals on a relatively short flight.