View of the Asian side of Istanbul across the Bosphorus. Image: Fazeena Saleem /The Peninsula

Istanbul remains one of the top destinations for travelers from Qatar. Its status as a regional center for tourists and investors is fueled by its numerous tourist features that span a unique geographic location, enchanting nature, modern infrastructure development, hospitality, and being a budget-friendly place compared to many other cities.

For a first-time visitor or a seasoned traveler, the first attraction is the new Istanbul International Airport, one of the busiest airports in the world and dubbed Europe’s busiest airport in 2021. It is new, modern and luxurious compared to the old airport. The atmosphere, architecture and services of the airport make it welcoming.

Istanbul is the only transcontinental city in the world, with part of it being in Asia and the other in Europe. Istanbul, the largest city in Türkiye, officially known as the Republic of Türkiye, has a population of more than 15 million. On the other hand, there’s an equally large population of cats – they’re hard to miss in this busy metropolis!

It is fair to say that the heart and soul of Istanbul is the Bosphorus, which has played a significant role in world maritime trade for centuries. The Bosphorus became popular with Ottoman Sultans in the early 19th century when they began to build their estates along the waterfront.

On the shores of the scenic Bosphorus – the world’s narrowest strait used for international shipping, connecting Europe and Asia – stands the Four Seasons Hotel Istanbul on the Bosphorus, housed in a restored 19th-century Ottoman palace. The historical building combines Istanbul’s ancient architecture, warm Turkish hospitality and modern accommodation. It is also a favorite spot for many Qatari travelers.

Interviewed by Tarek Mourad, Senior General Manager of Four Seasons Hotel Istanbul, who has extensive experience working in Qatar The peninsula said: “When I think about our Qatari guests, I can only relive my beautiful ten years in Qatar and they are the living example of what I have just explained, they are kind, humble, generous, warm and very understanding . Our Qatari guest really appreciates our genuine hospitality that comes from the heart and all our offerings and even if we make some mistakes because we make mistakes like any luxury company in the industry.”

“They are forgiving and very understanding and indeed, those are the moments that bond us even more with them. When we say goodbye to them, just like when we say goodbye to dear family members, we can’t wait to have them back with us to enjoy their beautiful presence and company.”

“So to our wonderful Qatari guests and family members, thank you for who you are and what you are and how you make us feel. We always look forward to welcoming you more often to the Four Seasons Bosphorus and Sultanahmet hotels,” he added. 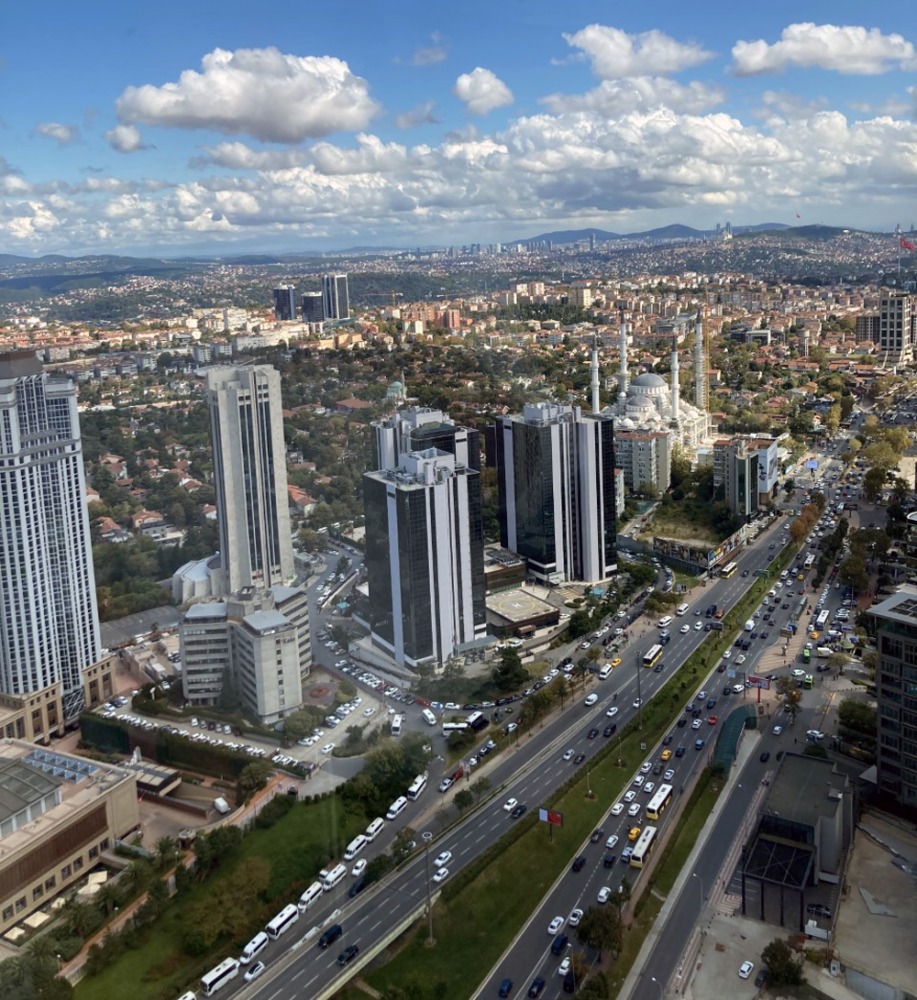 Istanbul is also home to many successful Qatari investments such as Borsa Istanbul, QNB Finansbank and the luxury shopping mall Istinye Park.

Although nothing can compare to the historic Galata Tower and the magnificent view of Istanbul from it, the 35-storey skyscraper – QNB Finansbank Tower – offers an almost 360-degree view of the iconic city.

Borsa Istanbul is an ideal place for everyone who imagines a mini botanical garden on the office campus. Borsa Istanbul Exchange Group not only offers an integrated business model, but also includes landscaped gardens with a number of native trees. In autumn it is a perfect place for a walk through the forest.

Istinye Park, the address for luxury shopping in Istanbul, continues to be a major attraction for domestic and foreign visitors with its lavish architecture, customer experience and diverse activities. With its open and closed shopping areas, it caters to different tastes and needs; It remains the only mall that offers all alternatives at the same time, with 41 new brands making their debut in the Turkish market, as well as several restaurants offering dishes from around the world.

“With 100 percent occupancy since opening, the mall’s potential new tenants are on the waiting list. As of July 2022, it has received 7 million visitors,” said a representative of Istinye Park.

Istinye Park is also home to the Turkish-owned Nusr-Et Steakhouse, the internationally acclaimed destination that serves a celebrity clientele.

Many tourists in Istanbul stay on the European side and rarely explore beyond or even travel to the Asian side. They prefer the European side of Istanbul for its historical importance. The European side is also the commercial center of the city with banks, shops and businesses and two thirds of the population. The Asian side feels more relaxed, with wide boulevards, residential neighborhoods, and fewer hotels and tourist spots.

Crossing the Bosphorus Bridge, officially known as the 15th of July Martyrs Bridge and unofficially known as the First Bridge, takes just a few minutes. This is one of the three suspension bridges spanning the Bosphorus in Istanbul. The bridge spans between Ortakoy in Europe and Beylerbeyi in Asia. It is exciting for any traveler to cross a continent in just a few minutes without a new passport stamp!

Teknopark Istanbul is located on the Asian side of the city. It is the only Teknopark that is not affiliated with a university but brings together more than 12 universities and is a center that establishes cooperation between the public sector, universities and the private sector.

Most Istanbul residents commute daily from Asia to Europe for work. Some travel by road, others by ferries that criss-cross the Bosphorus throughout the day. The journey takes 20 minutes and each route offers some of the best views of Istanbul’s historical monuments.

Some locals believe that the most beautiful place in Istanbul is on the top deck of a public ferry. A cruise across or along the Bosphorus is a traffic-free and relaxing way to immerse yourself in the city.

READ:  Things to Do and See in Turkey » Expat Guide Turkey 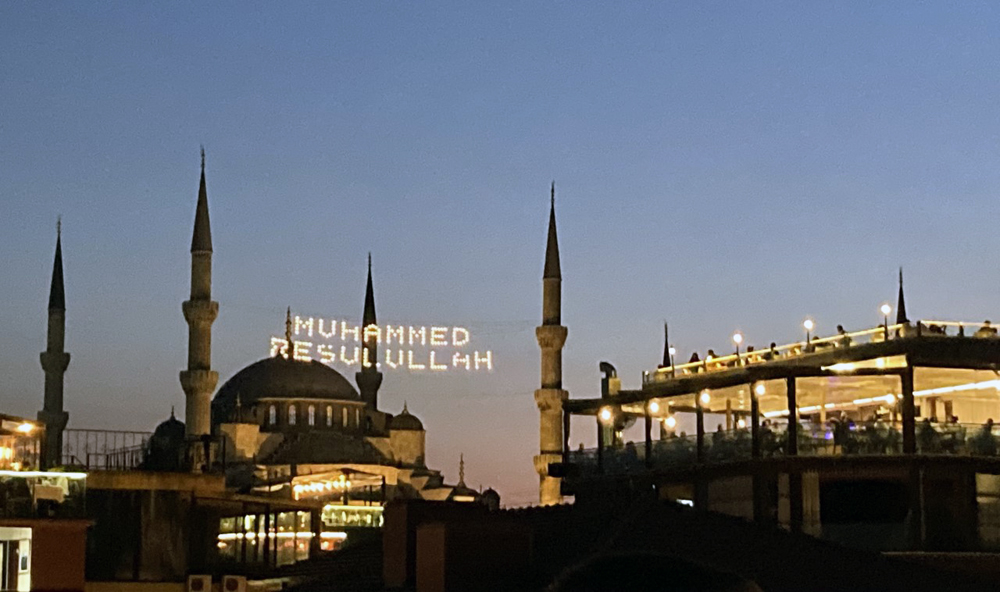 It is a must to visit the Blue Mosque, also known by its official name Sultan Ahmed Mosque, Hagia Sophia, Topkapi Palace which once housed generations of sultans and their wives. The Grand Bazaar and the famous Taksm Square are also iconic places not to be missed in Istanbul.

But it’s also great to watch a sunset over the Blue Mosque and Hagia Sophia from the Four Seasons Hotel Istanbul at Sultanahmet. Located in the heart of Istanbul’s old city, Sultanahmet is bordered by the mystical waters of the Sea of ​​Marmara and the Bosphorus.

For those planning a visit to Istanbul, Turkish Airlines, as the widely preferred global airline and Star Alliance member, offers its Economy Class and Business Class guests a delightfully different travel experience and is internationally recognized for its excellent products and services.

Turks, who are extremely generous, are unmissable for many tourists strolling the streets of Istanbul. Traditional flavors of royal Ottoman cuisine in the comfort of a lively ambience, Ottoman splendor and Turkish hospitality are also not to be missed. 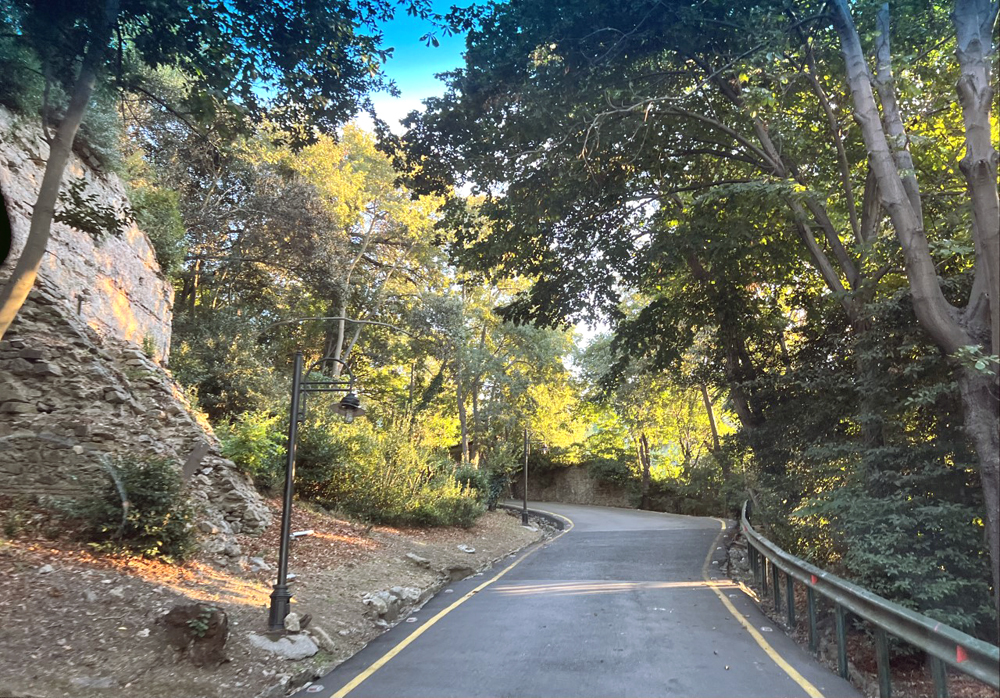 One of the most popular countries for medical tourism today is Türkiye. In the event of an unfortunate situation, ambulances and walk-in emergency medical services are free for foreign tourists on a short-term visit to private and public health facilities. However, travelers are required to purchase travel insurance when applying for a tourist visa to Türkiye. Medical care is also efficient, especially in the public hospitals.

Experiencing Istanbul in autumn is pleasant; It adds much more essence to the picturesque city rich in culture, history and its charming people.

The author was a member of a group of journalists who recently traveled to Istanbul. The trip was organized by the Turkish Embassy in Doha.