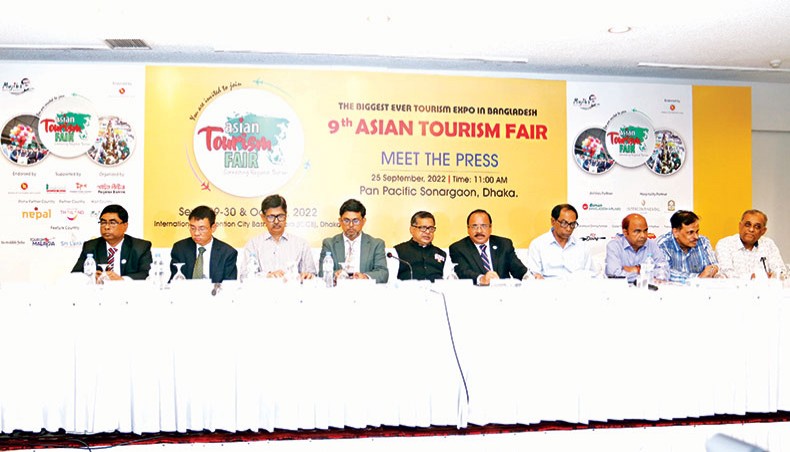 Minister of State for Civil Aviation and Tourism Md Mahbub Ali said the country’s tourism infrastructures could not be developed to attract international tourists like other Muslim countries.

He made the remarks in response to journalists’ questions at a press conference organized by Porjoton Bichitra, a tourism magazine, on the eve of the opening of the ninth Asia Tourism Fair at Pan Pacific Sonargaon Dhaka on Sunday.

The three-day fair begins Thursday at the International Convention City Bashundhara in Dhaka.

The fair will remain open daily from 10am to 7pm until October 1 and the entrance fee is Tk30, said fair director Borhan Uddin.

He said a total of 130 local and overseas organizations are expected to install pavilions at the fair.

He said that the country’s founding president, Sheikh Mujibur Rahman, founded the Bangladesh Parjatan Corporation with the plan to attract international tourists by creating a tourist environment at the request of foreign citizens.

“We have some limitations as our tourism sectors cannot be presented as it is the case in other countries,” he added.

“Foreign tourists will of course visit Bangladesh if we can ensure their facilities because we have beautiful nature, long sea beaches and history and culture like other tourism-based countries,” he added.