In Tokyo’s Asakusa tourist district in Japan, cartoonist Masashi Higashitani dusts off his Chinese as he prepares for an influx of travelers after Beijing, China ends inbound quarantine rules.

“We never said hello the whole time,” he said with a laugh as he put up a portrait in minutes.

Higashitani estimates that about 20% of his customers were from China before the pandemic, and he and his staff have picked up Chinese expressions from those visitors and from each other.

He had to downsize and let go of staff during the pandemic, so he is excited about the expected wave of arrivals, although he also admits to some trepidation.

“I wonder if an influence of too many of them overwhelms our capacity. I am also concerned that we need to be more careful about anti-virus measures,” he said.

Travelers arriving back in China no longer need to enter quarantine, removing one of the main barriers to travel for the country’s population.

The move, announced in late December, sparked a frenzy of travel planning, with searches for Macau, Hong Kong, Japan, Thailand and South Korea.

Chinese tourists also accounted for about a third of all pre-pandemic foreign visitors to South Korea and were among the top three groups visiting Thailand and Indonesia. 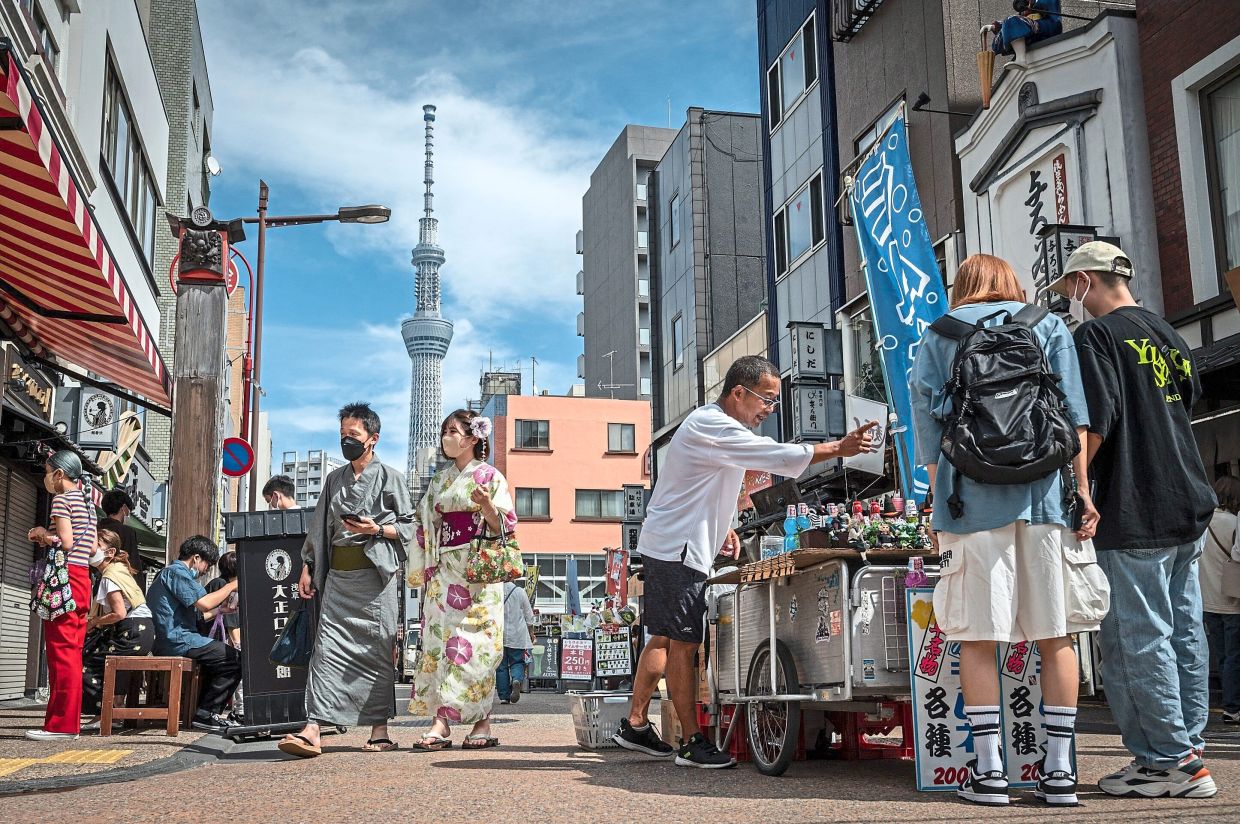 Almost 9.6 million Chinese tourists visited Japan in 2019, with cities such as Tokyo remaining a favorite. — AFP

At a crepe stand in Seoul, South Korea, Son Kyung-rak said he is already making plans to handle a flood of tourists from China.

“We are looking to hire and prepare to stock up,” said the 24-year-old in Seoul’s popular Myeongdong district.

“Chinese tourists are our main customers, so the more the merrier.”

But the authorities in Seoul are more cautious.

The decline in Chinese visitors “has been a blow to our tourism industry,” said Yun Ji-suk, an official at South Korea’s Ministry of Culture.

“But now is not the time to be active in tourism marketing, because of the ongoing Covid-19 situation.”

China’s sudden lifting of pandemic restrictions has led to a massive wave of infections, but Beijing’s refusal to share information means the scale of the surge is unclear.

It was enough to spook governments around the world, with some countries even banning arrivals from China.

Seoul shuts down flights from China, and travelers from the mainland, Hong Kong and Macau must test negative before traveling. Mainland visitors are also tested on arrival.

Japan has announced similar rules for China, although Hong Kong and Macau travelers are exempt.

Other Asian tourist hubs such as Indonesia have decided not to impose restrictions.

Two million Chinese tourists visited each year before the pandemic, and restaurant owners on the resort island of Bali in Indonesia are hoping for a rebound.

“Before the pandemic, we had a lot of Chinese customers… at least 100 to 200 customers came every day,” said Kadek Sucana, who runs a seafood restaurant in the Jimbaran area.

He hopes for “a full house again … because Chinese tourists come in large groups”.

While Beijing has eased many of its Covid-19 restrictions, overseas travel by tour groups remains banned.

And there is little sign that the availability of flights will quickly catch up to the renewed demand.

As a result, travel destinations across Asia expect any rebound in Chinese tourists to be slow.

Indonesia expects just over 250,000 Chinese tourists in 2023, a fraction of pre-pandemic figures.

Thailand is hoping for about five million Chinese tourists this year, less than half the number who came in 2019.

Tourism accounted for nearly 20% of Thailand’s national income before the pandemic, with China as its biggest source of foreign tourists.

“This is an opportunity to restore our economic situation and recover from the losses we have suffered for almost three years,” Thai Public Health Minister Anutin Charnvirakul Anutin said last week. – AFP Relaxnews