YOUR next vacation to the US could be ruined by a simple rule change.

For Brits to visit the US, they must pay for an Electronic Travel Authorization Scheme (ESTA), which is a visa waiver.

However, this could be denied if you have been in Cuba since last year, meaning you cannot visit the US.

This is because Cuba was added to the US list of state sponsors of terrorism by the Trump administration in January 2021.

Cuba joins countries like Syria and North Korea on their list and has not yet been removed by the Biden administration.

Being on this list means that travelers who have a Cuban passport stamped can see their ESTA being refused. 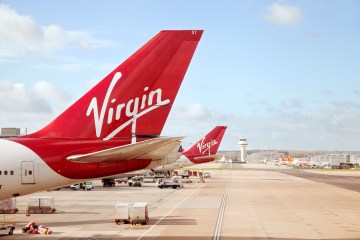 The U.S. Customs and Border Protection Agency explains on the website: “If a traveler is determined to have visited a country designated as a government sponsor of terrorism, the traveler is no longer eligible to participate in the Visa Wavier program and must apply for a visa to enter the United States.”

Instead, holidaymakers could be forced to purchase a regular visa instead of the ESTA, which often takes longer and is more expensive, costing $160 (£141).

Not only that, being denied an ESTA can make it harder to obtain one in the future.

According to The i, a number of tourists have complained about being turned down for visiting Cuba.

A Brit said they were prevented from boarding a flight from Paris to San Francisco because they “recently visited Cuba,” while another couple said their previously approved ESTAs were denied after visiting Cuba.

One person wrote earlier this month: “I was in Cuba from Spain for a week last week and my ESTA was revoked two days before my flight to Florida.”

Someone else added: “I flew from Havana to the Bahamas via Miami and when I was changing planes in Miami I was told my ESTA was cancelled.”

The UK Foreign Office website has yet to update current travel advice to reflect this, stating that flights between the UK and Cuba “are not affected by this US legislation”.

And the Brits will soon need visas to travel to Europe next year too.

The ETIAS system, similar to US ESTA, means Brits have to pay €7 (£6) for a three-year ‘visa’ when traveling to countries in the EU.

People between the ages of 18 and 70 must pay them if they are traveling for less than 90 days, with applications being made 96 hours before travel.

Applicants will be asked for information about their identity, passport, education, job, recent travel and criminal convictions, even if they have ever been kicked out of a country.