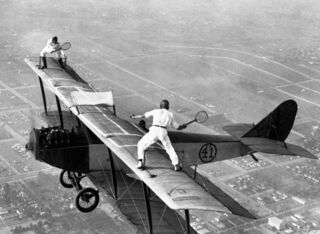 The airport is an unruly place. It’s the opposite world. People who otherwise hardly move sprint to the Cinnabon. Birkenstocks and yoga pants are high fashion. Happy hour starts at 7am. Crossing sleeping adults in fetal position is expected. And all purchases are made within a 400% inflationary market.

The boarding process: Mankind has exited the building

In few other matters is your life status so publicly displayed as during the airline boarding process. This is intentional. Airlines rate us publicly via airport megaphone. It’s a tribune to reward or humiliate customers based on how much money these individuals have that we spend on them. The airline credo? “If you want to travel humanely, you pay.”

All airlines do the same thing: they carry people from one place to another across the troposphere. However, the way they begin their process can vary widely, with the differences being most apparent when it comes to onboarding.

As soon as the gate attendant blows into a hot microphone, people jump into pole position, blocking all avenues to the jetway, ready to flash the ticket scanner. There are notable reasons why we act like stressed billy goats during the boarding process, including the following:

California-based clinical psychologist Tom McDonagh says, “There has been a measurable increase in clients reporting travel anxiety. Customers often express worrying thoughts about what could go wrong on their flight.” This type of cognitive bias is “future stumbling blocks”. “Get in the habit of seeing anxious thoughts as a symptom rather than a reality to help reduce your stress,” McDonagh adds.

Airlines employ the art of fear seeding, so you pay a little more to have your bags checked or opt for earlier boarding. In their defense, airline margins are tight and they depend on such fees to remain profitable. In 2021, US airlines earned an estimated $4.3 billion in baggage fees alone. The scariest thing about flying today is those fees. Which begs the question, “Is that a bag you’re checking or a funeral case?”

To maximize profits, airlines create the illusion of severely limited luggage space while continuing to split boarding groups into thinner and thinner layers. Consider the many stages of the boarding process to understand the psychological game you took part in. United boards in six groups, American has nine, and Delta has 10. You board according to your value to the airline.

I drive “Basic Economy” – the airborne proletariat class. We roll onto the jet bridge like the credits of a sad film. The flight crew avoids eye contact with us, knowing that we barely refueled. Our shame is palpable. In the future, airlines could operate with a range of boarding and seating procedures, e.g. B. include bleachers or remove seats and tie each of us to a standing post. But stay calm, Marco Polo, there are strategies to quell your fear of travel.

10 tactics for less stressful, if not stress-free, travel

When someone does Christmas shopping for me, I’m a big “window seat.”