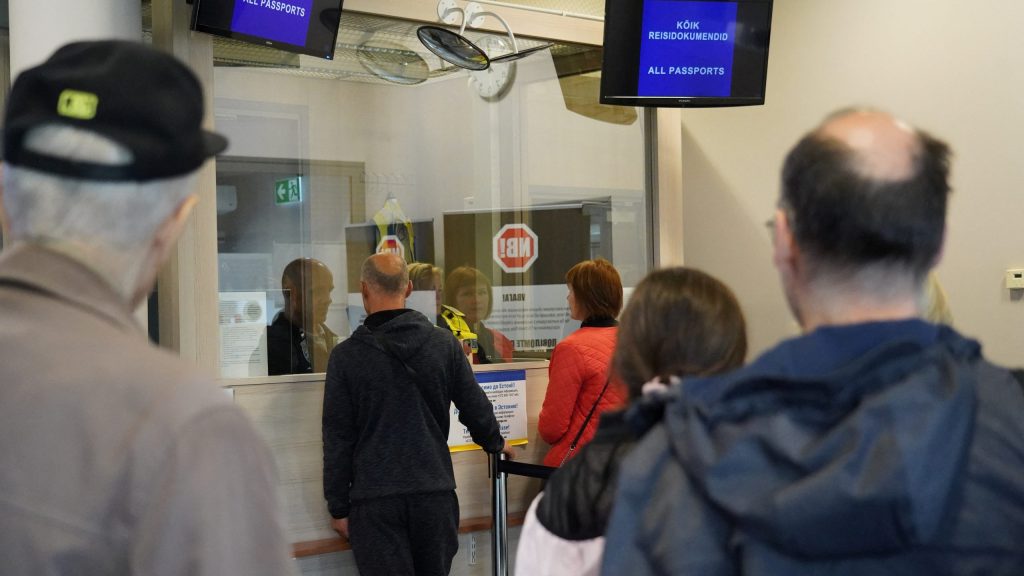 In its response to the Russian-provoked crisis, the European Union (EU) has often broken with the past by overcoming its internal differences. Deep divisions certainly remain – and some have become even more visible – but now the political will to reach consensus is far greater. This development represents a departure from the western-dominated history of the block.

In this new environment, the Central and Eastern European countries are facing moral, political and security issues almost two decades after their accession to the EU. In a sign of maturity and sobriety born of a post-communist youth, they take responsibility and manage to raise their voices. The way they have enforced the ongoing review of EU visa policy towards Russia, especially in the face of Western reluctance, is a prime example of this process.

Six months after the end of the war, Russian citizens were still benefiting from the 2007 Visa Facilitation Agreement, which required them to submit fewer documents and were charged a lower fee than applicants from countries without a similar agreement with the EU (including relatively friendly nations such as Malaysia or Saudi Arabia). Arabia). Despite the Russian invasion of Ukraine, most EU countries still adhered to the terms of this agreement.

But that will change soon. At the last informal meeting of EU foreign ministers on August 31 in Prague, the member states agreed to the complete suspension of the visa preference agreement. The long overdue decision will significantly reduce the number of EU visas issued to Russians. Also, visa applications from Russians are now being checked much more strictly than before, David Konecký, political director at the Czech Foreign Ministry, told me recently. The European Commission formally proposed the suspension of the EU-Russia deal on September 6th and the European Council gave its consent on September 9th.

Some countries would like to see the EU go further by not only ending the privileged treatment but banning tourist visas for Russians altogether. Estonia, Latvia, Lithuania and Poland (which all share a land border with Russia) jointly agreed to stop issuing Schengen visas to Russians for tourism, business, sport and culture – and on Monday all four, Russian tourists, started doing it to prevent entering. This is a big deal, as it means that the only land crossing between the EU and Russia that remains open to Russians is Finland (because Helsinki could find no justification under national legislation for a ban on Russian tourists). Despite this, the country has significantly reduced the issuance of tourist visas, accepting applications from Russians only once a week.

On the other hand, most of the western part of the EU, including France and Germany, remains reluctant to take such strong steps. Nevertheless, according to Konecký, there was a strong consensus at the Prague meeting: Moscow absolutely wants a division of Europe – but that doesn’t happen. Even without a visa ban, there is a growing realization among EU countries that relatively unrestricted tourism for Russians in Europe is no longer a legitimate right.

The case for a ban

The Prague meeting was a good example of the EU’s negotiating skills, and the Czech Republic can consider the outcome a significant achievement of its current EU Presidency. Countries pushing for a full visa ban should be content with the moderate approach the EU has agreed to; There are moral, political and security reasons for the current decision, as well as further restrictions on Russian travel to Europe. If Moscow continues its aggression against Ukraine, a full ban could eventually become a reality.

Morally, European leaders should not let Russians enjoy the benefits of European life when their country is at war against an EU candidate and indeed against European values ​​in general. Chancellor Olaf Scholz and several other leaders have expressed concern that a ban on tourist visas would imply the application of a principle of collective punishment; But the current EU sanctions against Russia, both in response to the Kremlin’s 2014 annexation of Crimea and this year’s invasion, are already having a detrimental effect on ordinary Russians.

It is also worth remembering what the German philosopher Karl Jaspers wrote in a powerful book entitled, after World War II The German question of guilt (The question of guilt). He distinguished between those who actively participated in the execution of war crimes and those who passively tolerated them: the latter are also politically guilty, he concluded. Likewise, not all adult Russians are directly responsible for the massacre of civilians in Ukrainian cities like Bucha – but they do have political responsibility and should pay a fair price.

Politically, for Europe, unprovoked Russian aggression against its sovereign neighbor is a violation of international law and a major threat to the international order. The Russians must be made uncomfortable with their government’s behavior. Visa restrictions are helping the EU signal to Russians that Moscow has crossed a red line. Some of them will understand, others certainly won’t, and Russian President Vladimir Putin will certainly use this in his anti-EU propaganda. Europe might even lose some support in Russia among those who might feel abandoned, but it shouldn’t blink; she must show strength and commitment to her values.

From a security point of view, it should be remembered that several Russian subversive operations – such as in Salisbury, England, or Vrbětice, Czech Republic – involved Kremlin agents traveling on tourist visas. With Europe’s ongoing efforts to help Ukraine, the continent is even more vulnerable. Crowded borders in frontline states like Finland and Estonia make it difficult for local authorities to properly screen all Russian tourists. The same applies to visa issuance: after a series of expulsions, the EU embassies in Russia are terribly understaffed and the remaining staff cannot properly screen all applicants.

However, when considering a ban on Russian tourism, it is important to ensure that those who need to travel to Europe for security, humanitarian, family or other reasons can do so. Visa restrictions should go hand in hand with programs for those who need to leave the country. Countries calling for the EU tourist ban often lead by example with such initiatives.

The problem with existing visas

Many questions remain unanswered: for example, what should the EU do with the one million Schengen visas that have already been issued to Russians? The problem is not going to go away on its own anytime soon, as these visas are usually valid for three years, some up to five years. Although most direct flights from Russia to Europe have already been suspended (and almost all land crossings in the Schengen area have been closed), Finland seems ready to keep its border with Russia open.

To understand the scope of the problem, consider the following: according to the European Border and Coast Guard Agency (Frontex), between the start of the war and the 22 and Estonia account for more than 60 percent). It is noteworthy, as an EU official told me on condition of anonymity, that these travelers mostly used visas issued by other European nations rather than neighboring countries.

Ministers in Prague recognized the problem and allowed countries to apply their own national solutions, provided they are in line with the general rules of the EU Visa Code. This represents a de facto acknowledgment of previous decisions by the few Member States that have restricted the entry of Russian tourists for national security reasons (also facilitating the recent decision by the Baltic countries and Poland).

These issues will continue to be debated in the coming weeks and months, but the framework of the talk marks a departure for the EU: the Prague Consensus highlights a case in which the views of Central and Eastern Europe largely shaped an outcome – despite hesitations among them France , Germany, Italy and Southern Europe. It is another indicator of the rebalancing of power within the EU.

Central and Eastern Europe are becoming more influential players, with Russia’s war against Ukraine serving as a catalyst for this shift. These countries were ahead of Western Europe in sending heavy arms to Ukraine in the early days of the war, and the prime ministers of Poland, Slovenia and the Czech Republic were the first leaders to travel to embattled Kyiv in mid-March. This trend extends far beyond the region: with the withdrawal of Lithuania, Lithuania and Estonia from the “17+1” platform of cooperation with China in recent years and the visit of the speaker of the Czech Senate to Taiwan in 2020, these are also setting Countries set a new course for Beijing.

This is good for the EU as a whole and this process should continue. A more realistic approach to dealing with Russia and China, together with a broader balance of power within the EU, could also help to further strengthen transatlantic cooperation.

This process is of course complicated. Hungary’s democratic relapse, with its systematic undermining of the European consensus, cannot simply be dismissed as an exception; other countries are not immune to the frustrations plaguing the region. For a time, Slovakia seemed like a political and economic success story, culminating in the election of the liberal Zuzana Čaputová as president. But with the recent departure of one of the coalition parties from government, the return of populist former Prime Minister Robert Fico – who has aligned himself with xenophobic nationalists – is a worrying possibility. A recent opinion poll even showed that a majority of Slovaks wanted Russia to win its war in Ukraine.

Central and Eastern Europe’s rise to political prominence will not be easy, and results are not guaranteed. But the consensus on visa policy towards Russia is another sign that the process has started.

Petr Tůma is a Visiting Fellow at the Europe Center and a Czech career diplomat with expertise in Europe, the Middle East and transatlantic relations.