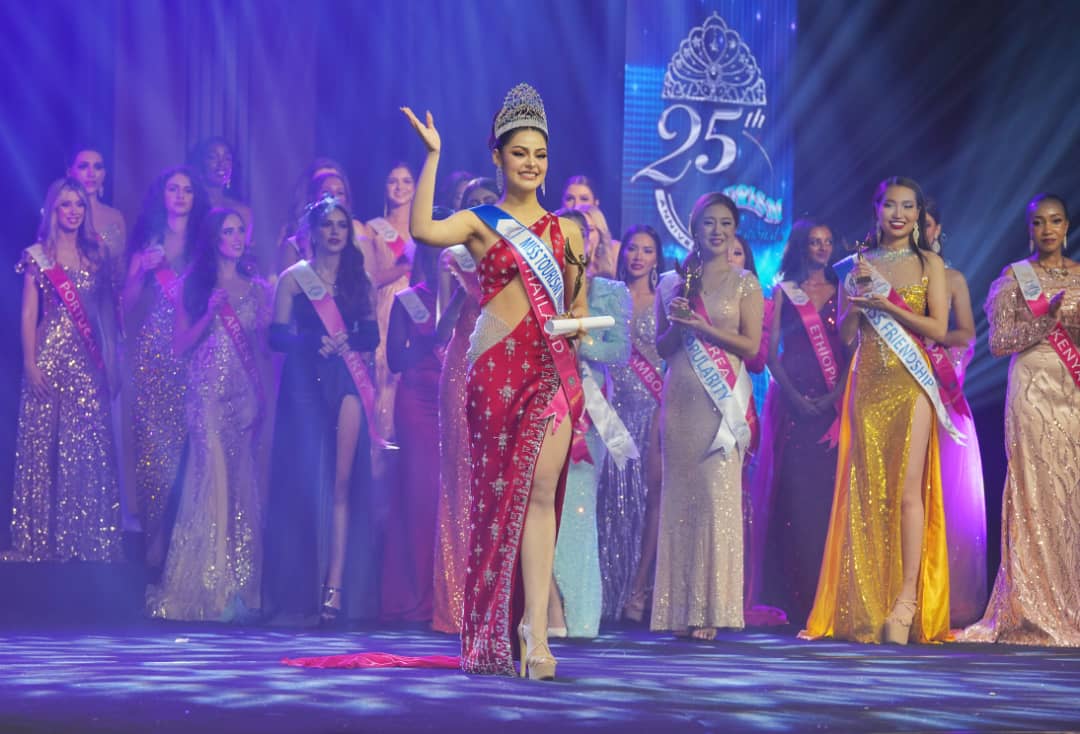 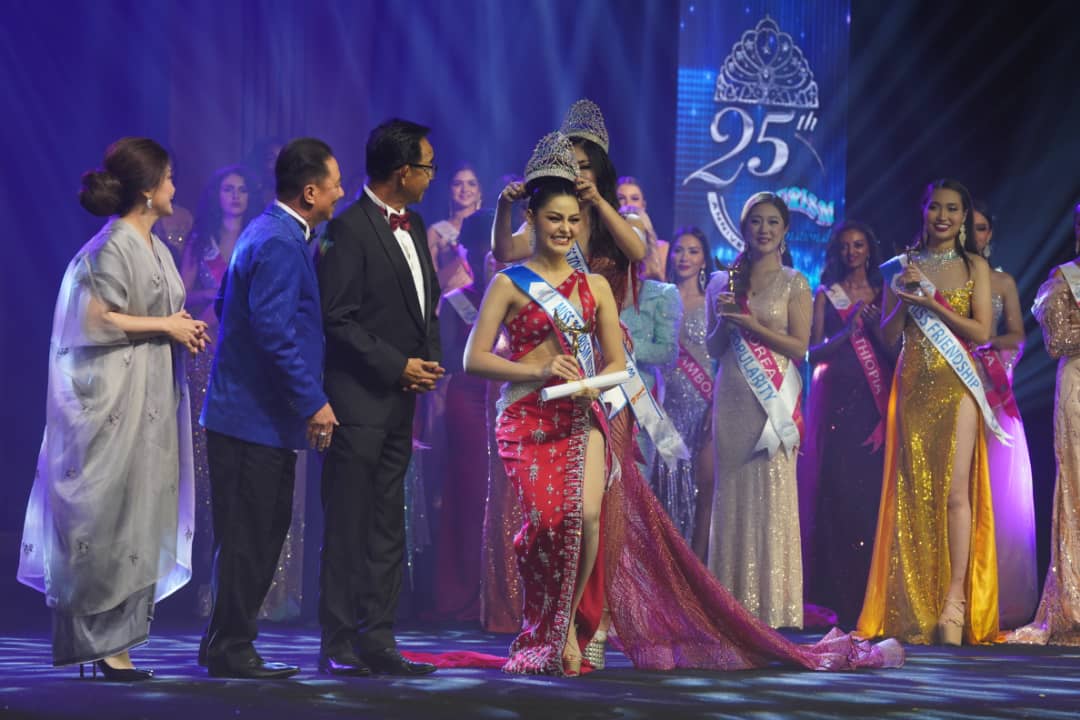 There were two special awards presented – the International Dreamgirl of the Year won by Abigail (New Zealand) and Miss Southeast Asia Tourism Ambassador which was won by Malaysia’s Phoebe. 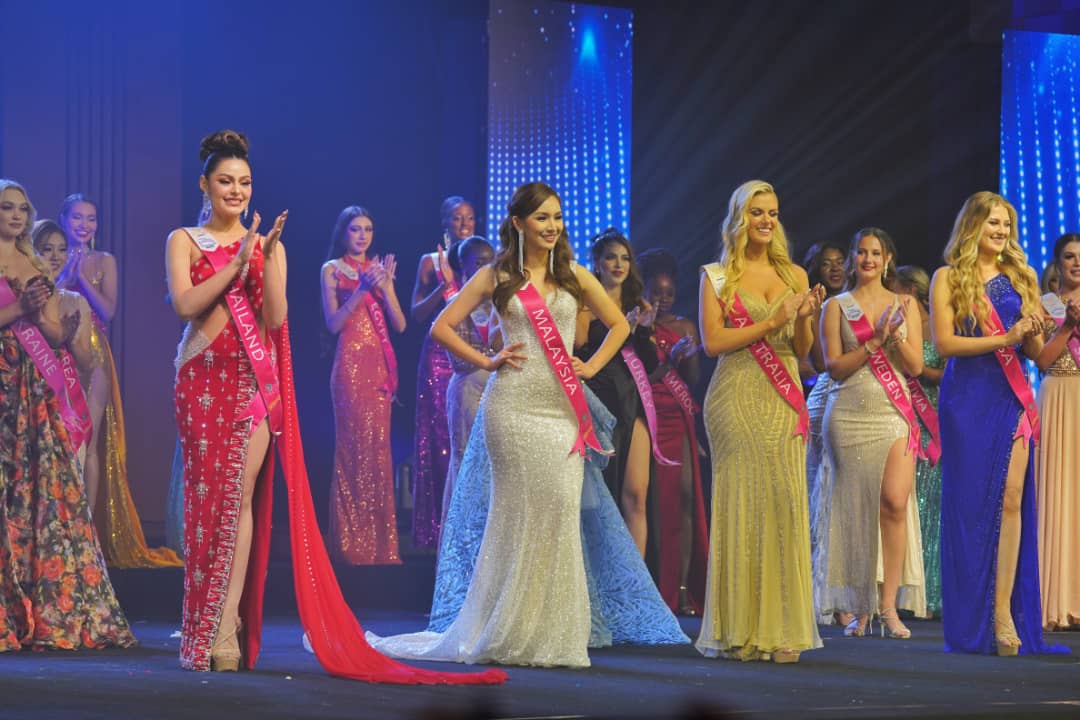 The beauty queens parade on stage in their evening gowns. – Photo by Chimon Upon

The international performance themed ‘Bringing the World to Sarawak’ also featured world-class performances by entertainers and delegates also took to the catwalk in their respective traditional costumes.

After 28 years of waiting, Sarawak finally got the opportunity to host the Silver Jubilee of Miss Tourism International.

The 25th Miss Tourism International World Final trip started from Nov 11-27 in Kuching and was an avenue for the beauty queens to promote Sarawak and the rest of the world. 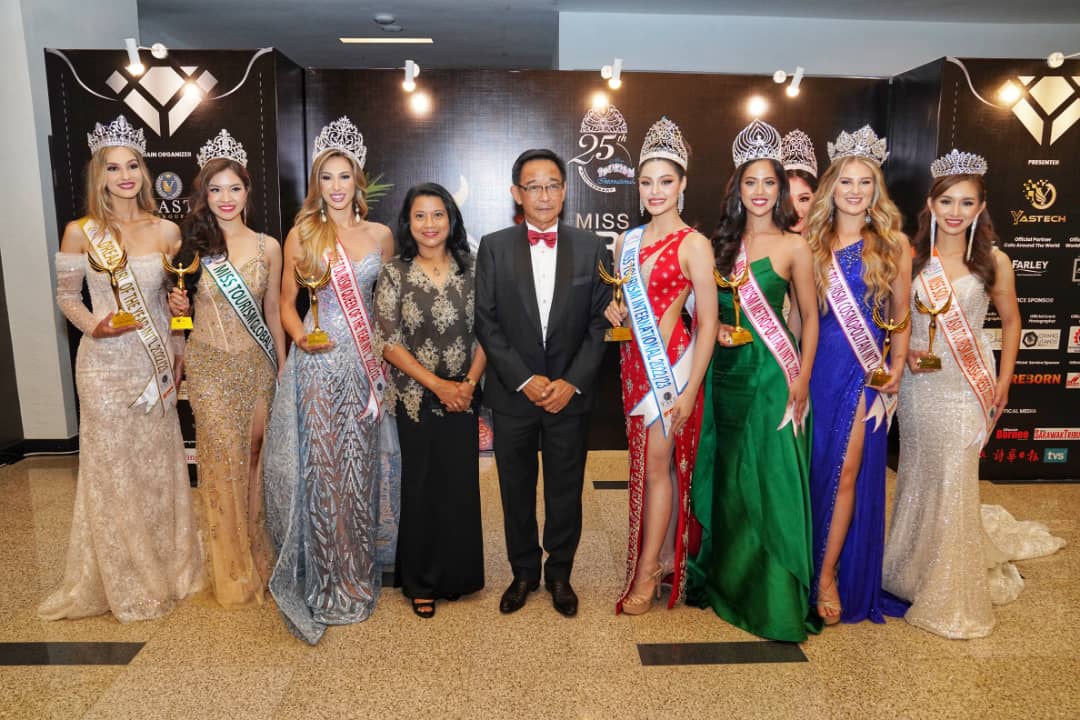 Abdul Karim (fifth right) and Zuraini (fourth left) take one for the album with Suphatra (fourth right) and the other title recipients. – Photo by Chimon Upon

Yast Group was the main organizer of the Miss Tourism International World Final while the franchise holder is D’Touch International Sdn Bhd.

The page is supported by the Ministry of Tourism, Creative Industry and Performing Arts, local authorities and other sponsors.

The final was broadcast live on social media and Youtube.