By Trevin Lund for Dailymail.Com

Shia LaBeouf was spotted back in Pasadena on Saturday after spending time abroad with his wife Mia Goth and their six-month-old daughter Isabel.

Last week, the actor and his family were spotted enjoying a swim in the sea in Portofino, Italy, and Mia also traveled to Toronto to perform at the city’s film festival.

Shia was spotted stopping by to get some food and drinks at his local juice bar. 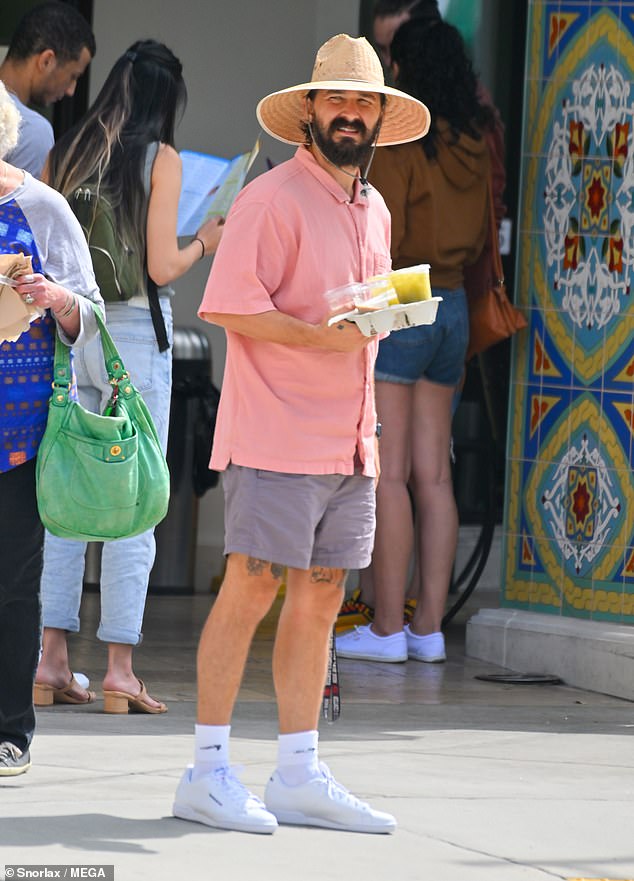 Back home: Shia LaBeouf was spotted back in Pasadena on Saturday after spending time abroad with his wife Mia Goth and their six-month-old daughter Isabel

The Honey Boy star looked casual in a salmon button-down shirt, along with a large straw sun hat to give him some shade.

He toned things down with muted gray shorts that revealed his tattooed thighs, along with white trainers.

Goth and LaBeouf first met while working on the 2013 film Nymphomaniac, in which they both starred.

They married in Las Vegas in 2016 but divorced two years later while Shia dated both FKA Twigs and actress Margaret Qualley. 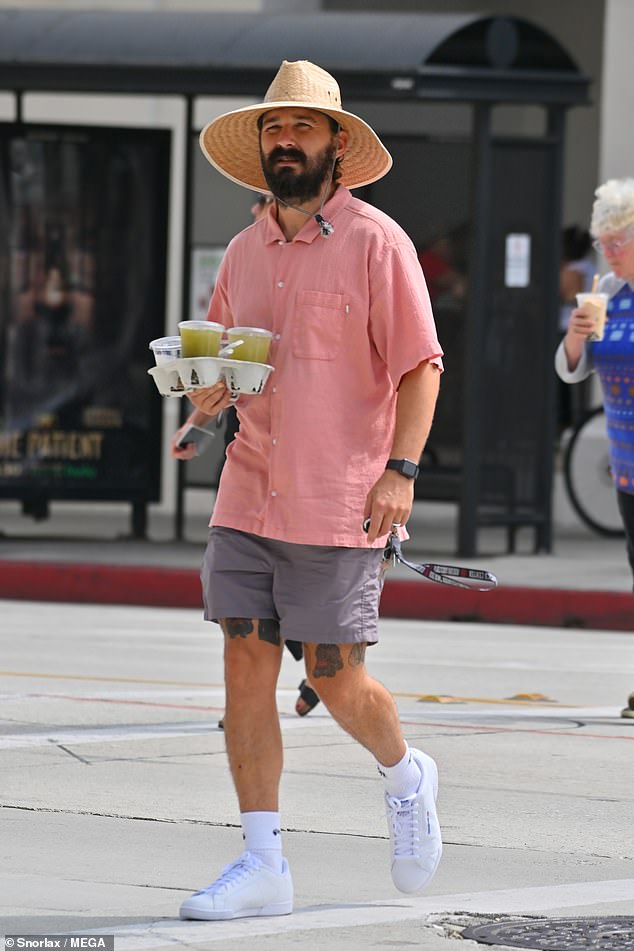 Casually cool: Shia was spotted in a salmon button-down shirt, large sun hat, gray shorts that revealed his tattooed thighs and white sneakers as he picked up food and drinks at a local juice bar

Shia and Mia reconciled in 2020 after the Transformers star and Margaret split. Mia gave birth to the couple’s daughter in March.

Although things seem to be going well with his wife, the actor is currently being sued by his former flame FKA Twigs, who are accusing him of knowingly giving her an STD, which he denies.

Shia also recently found himself at the center of a row with Olivia Wilde over his exit from her film Don’t Worry Darling.

Wilde previously claimed she fired Shia, but the actor has insisted he quit.

Back and forth: He was recently involved in a falling out with Don’t Worry Darling director Olivia Wilde. She claimed to have fired him for his behavior, but he shared a video message from her that seemed to suggest she was trying to get him to reconsider

LaBeouf provided text messages and a video message allegedly sent to him by Wilde that showed it related to various issues on set. She also appeared to be asking him to reconsider his exit from the project.

This comes after the actor shed tears two weeks ago while recalling that his wife was the only member of his family to visit him virtually in rehab despite being out of touch with her for two years.

“We had been estranged for years because of my jealousy,” he said. “She was doing a movie with another actor, and I thought she was cheating on me, so I cheated on another … weak guy. Little boys***. How nonsense.’ 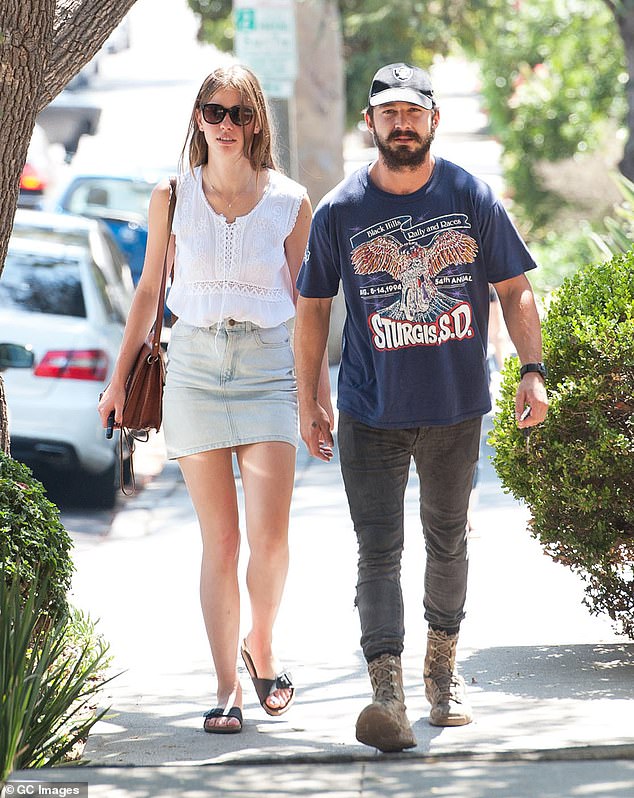 Travel: LaBeouf was back in California after spending time abroad with his wife Mia Goth. Her film Pearl had major screenings at the Venice and Toronto film festivals; seen in 2014