Sri Lanka’s tourist arrivals fell by 21% in September compared to August, which saw the lowest inflows of the year so far, hitting hopes of the triple crisis-hit industry for a robust revival in the coming winter season.

According to preliminary data from the Sri Lanka Tourism Development Authority (SLTDA), only 29,802 tourists arrived in September, mainly due to the negative portrayal of the current situation in the country.

September arrivals fell below the previous record low of 30,207 in May, while June hit the third-lowest inflow at 32,856. 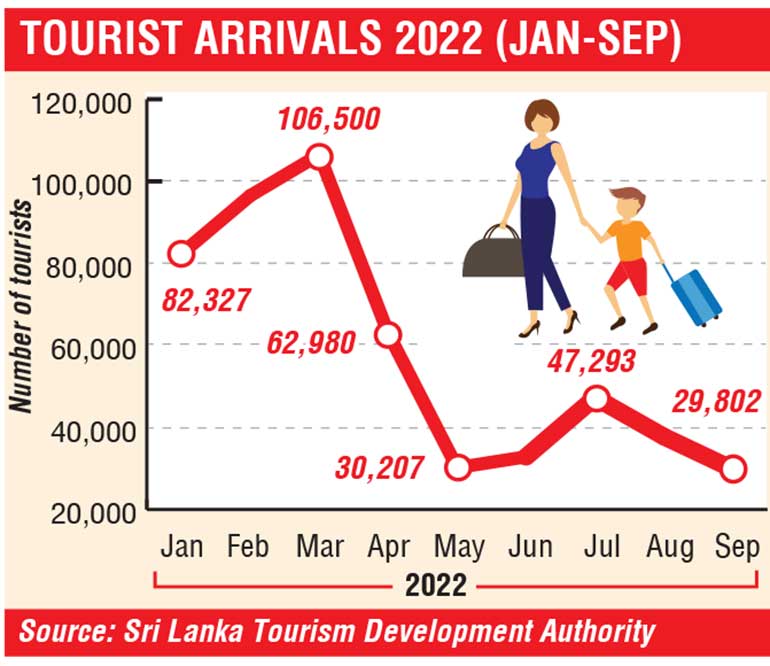 Although the political and economic environment showed some improvement and less volatility than in May and April, industry stakeholders were disappointed with the drop in arrivals amid many source markets easing travel warnings, including those imposed on Sri Lanka.

“This is mainly due to the negative publicity by international non-governmental organizations that paint a completely different picture from the realities. These outweigh any positive promotional efforts in the industry,” they claimed.

However, the resilient private sector-driven industry is pinning high hopes on the coming months following the roadshow held in IFTM France, India, as well as the Russian airline’s resumption. Aeroflot from next Monday (October 10) and Russia’s largest charter airline Azur Air from November.

However, the industry has already surpassed full-year 2021 arrivals of 194,495 and a quick recovery was expected in 2022.

Despite several challenges, Sri Lanka has set a target of one million tourists worth over US$1.7 billion by 2022.

Tourism revenue for the first seven months was $824.9 million, up from $50.4 million in the same period last year, preliminary data from the central bank showed. In July 2021, tourism revenue was estimated at US$85.1 million compared to US$6.3 million in the same period last year. Sri Lanka lost over US$10 billion in foreign exchange earnings over the past two years due to the pandemic, generating over US$4.3 billion annually.

Also Read :  Airlines Are Back In Business