President William Ruto has sought to curtail the powers of the cabinet secretaries who served in former head of state Uhuru Kenyatta’s government.

Outgoing CSs must obtain permission from the President before traveling abroad, regardless of the nature of their visit.

In a statement Monday, September 19, signed by the head of public service, Joseph Kinyua, the CSs and Principal Secretary (PSs) were also ordered to remain in office until their successor was appointed by the fifth president.

He noted that the policy was in place to allow for a smooth transition from the fourth regime to the fifth administration, which has been in place for just over a week. 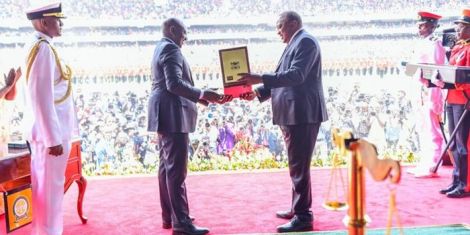 “It is therefore reiterated that the terms of office of Cabinet Secretaries and Principal Secretaries currently in office shall expire only upon the appointment and swearing-in by the Head of State of a successor Cabinet Secretary or Principal Secretary, as the case may be; or after a reorganization of government by His Excellency the President affecting a specific work plan.

“Foreign travel by Cabinet Secretaries and Principal Secretaries will continue to be suspended unless approved by the Head of State or Government,” the statement said.

For example, the CS were also prohibited from appointing board members of state corporations or state agencies and from carrying out ministerial reshuffles or appointments at all ranks within ministries and state agencies.

“Ministries, departments of foreign affairs and foreign agencies (MDAs) may not issue new policy statements unless approved by SE the President.

“Ministries, Departments of Foreign Affairs and State Agencies (MDAs) are not permitted to make payments over Ksh 50 million without prior approval and verification by the National Treasury,” the statement added.

READ:  Introduction to a world of experiences

A source close to the president had confided Kenyans.co.ke that the President, who is touring the United States, plans to unveil his list of CS nominees once he flies back to the country.

According to the source, former Tharaka Senator Kithure Kindiki is set to succeed Home Secretary Fred Matiang’i in an announcement expected to send shockwaves across the country.

Rumor has it that Ruto’s presidential campaign communications director, Hussein Mohammed, will also be nominated for a CS seat. 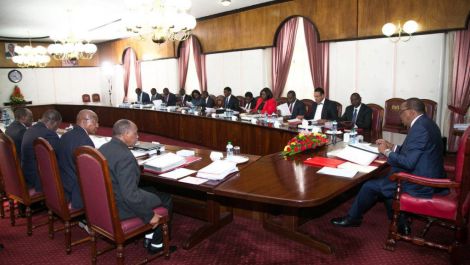 Following traces of a sunken city: On the isle of Antalya’s Kekova

10 Dog-Friendly Things To Do In The USA’s Southwest