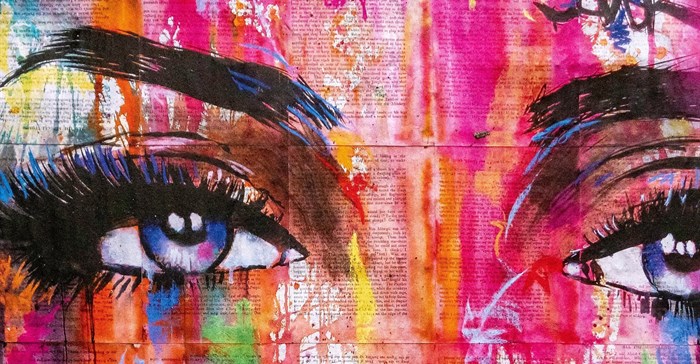 Reshape 22 is an annual online survey exhibition that seeks to increase the visibility of contemporary, women-identifying artists in Africa.

The group show aims to highlight strong female-identifying voices on the continent and empower a collective whose narrative has been undervalued and neglected throughout history, while also embracing intersectionality theory.

“Reshape envisions a broader and more inclusive art canon for future generations,” said Lucy MacGarry, director at Latitudes Online. “The exhibition aims to highlight a contemporary view of women’s identification practices that is not based on a single narrative of womanhood, but rather examines the essential contributions of women making art in relation to the compelling issues that define our time ‘ says the exhibition’s co-curator Nina Carew.

Reshape examines what unites the artists by assessing similarities in their practices and identifying five themes that are prevalent in their work in the present moment.

Materiality covers a wide range of artists, where the materials of their artworks greatly influence and inform their meaning. This theme also approaches the process by which the works are made, focusing on how the softness of materials, processes and creative expression feeds into the emotional response we feel as viewers.

Portraiture offers a space of self-defined identity and representation, be it a self-portrait or a narrated story of femininity through Women.

The Female Gaze offers a reclaiming of power (seen through composition, subject matter and direct eye contact) by women. This topic also affects spaces in which women are still at the mercy of traditional power structures and physical violence.

Nature and Sustainability focuses on works that relate to the environment, environmental change, the cyclical nature of birth and decay, and works that are organic in subject matter or materiality.

Also Read :  We must respect the bodily autonomy of women and girls throughout their lives: Cross-regional joint statement at the UN Third Committee

The body as a vessel

Referring to works associated with the female form, The Body as a Vessel is a gentle play on the relationship between nature and the body. The body as a vessel also relates strongly to femininity as sexuality, from the procreation and birth of children and the strong intergenerational connection between mother and daughter.