Ever since her husband ascended the throne, royal well-wishers have wondered about Queen Consort Camilla’s fortune and what she and Charles are earning now that he is king.

Queen Consort Camilla – full name Camilla Rosemary Shand – is the Queen Consort of the United Kingdom and the 14 Commonwealth Kingdoms. She is the wife of King Charles III, who became the new King of the United Kingdom and the 14 Commonwealth kingdoms after the death of his mother, Queen Elizabeth II, on 8 September 2022. Camilla married Charles in 2005. The marriage came 10 years after Camilla’s divorce from British Army officer Andrew Parker Bowles, to whom she was married from 1973 to 1995. Charles and Camilla’s marriage also came after his divorce from his late wife Diana, Princess of Wales, to whom he was married from 1981 to 1996, a year before Diana’s death.

After Camilla and Charles married in 2005, Clarence House issued a statement at the time announcing that if Charles became king, Camilla would receive the title of Princess Consort. However, at Queen Elizabeth II’s Platinum Jubilee in 2022, the monarch announced that Camilla would instead be known as the Queen Consort when her husband ascended the throne. “When my son Charles becomes king in due course, I know you will give him and his wife Camilla the same support that you have given me. and it is my sincere wish that when that time comes, Camilla will be known as the Queen Consort while she continues her own faithful service,” Queen Elizabeth II said at the time. A spokesman for Charles and Camilla told CNN at the time that the couple were “touched and honored by Her Majesty’s words.”

In a BBC documentary in September 2022, Camilla recalled the Queen’s “wonderful blue eyes” and “unforgettable smile”. “[She] was a part of our lives forever,” Camilla said at the time. She was four years old when Elizabeth II became the new Queen of the United Kingdom in 1952. “I’m 75 now and I don’t remember anyone except the Queen being there,” Camilla continued. “When she smiles, they light up her whole face… I will always remember that smile.” In his first speech as King of the United Kingdom in September 2022, Charles revealed how he thinks Camilla will fare as the new Queen Consort. “I know she will meet the demands of her new role with the unwavering commitment to duty that I rely on so much,” he said. 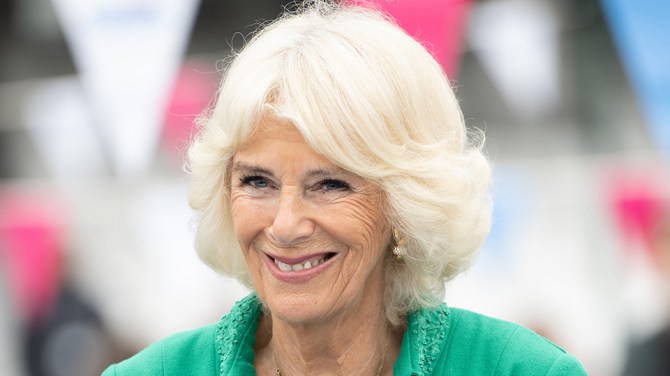 Camilla and Charles also received $1.8 million this year from the Sovereign Grant, a taxpayer fund paid to the British royal family each year, as well as an additional $627,000 from various UK departments. The Sovereign Grant originated from an agreement by King George III. in 1760, who agreed to surrender his income from Parliament in exchange for a fixed annual payment for himself and future generations of the British royal family. The agreement was originally known as the Civil List before being revised as the Sovereign Grant in 2012. Under the deal, the British royal family will receive a grant in exchange for handing over their profits from the Crown Estate, the family’s £14.1 billion collection of lands and possessions, to the government, according to the BBC. The reigning monarch receives 25 percent of the Crown Estate’s profits each year. The amount is used to fund the upkeep and ancillary costs of the property, travel for the British royal family and payroll for royal staff. The grant does not cover security and royal ceremonies funded by other areas. According to CNN, about 50 percent of Charles and Camilla’s annual income was spent on travel and official royal engagements, while a quarter was spent on taxes. The remaining $8.9 million went to Charles’ children with his late wife Princess Diana – Prince William and Prince Harry – as well as unofficial purchases and a royal savings account.

READ:  How to watch Queen Elizabeth II's funeral on TV

Charles and Camilla are also senior members of The Firm, also known as Monarchy PLC, which is made up of the public faces of the House of Windsor and members of the royal family, Queen Elizabeth II – now King Charles – according to Fortune. was the leader of. According to Fortune, the company runs a multi-million pound business empire that boosts the UK economy through television events and tourism. Before her death, the Queen was the leader of The Firm. The other seven members were: Camilla; Charles; Prince William; his wife Kate, Duchess of Cambridge; Princess Anne; Prince Edward; and his wife Sophie, Countess of Essex. According to Forbes, as of 2021, the British royal family holds nearly $28 billion worth of properties that cannot be sold. This is how this amount breaks down:

What is Queen Consort Camilla Net Worth? 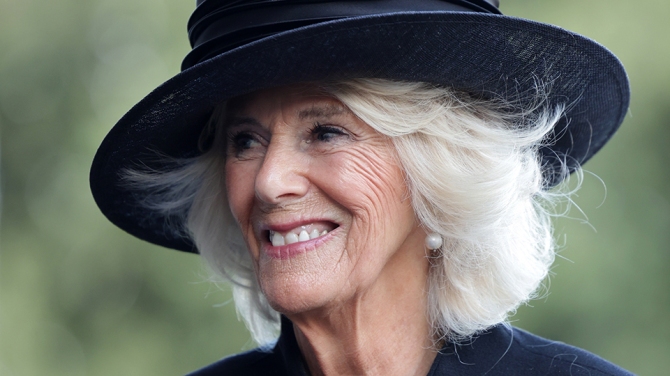 What is Queen Consort Camilla Net Worth? Camilla’s net worth is $5 million, according to Celebrity Net Worth. Her husband, King Charles III, is worth $600 million, according to Celebrity Net Worth. The site reports that Charles’ net worth has risen from $100 million when he was Prince of Wales to $600 million after he ascended the throne as King of the United Kingdom. The increase in Charles’ net worth came from the $500 million personal fortune he inherited from his mother, Queen Elizabeth II, after her death. These assets include the Queen’s personal investments, art collection, jewellery, rare stamps and real estate holdings such as Sandringham House in Norfolk, England and Balmoral Castle in Aberdeenshire, Scotland, where the Queen died.

A senior member of the British Royal Family, Camilla is a Patron of organizations such as Animal Care Trust, Battersea Dogs & Cats Home, The Society of Chiropodists and Podiatrists, British Equestrian Federation, Youth Action Wiltshire, London Chamber Orchestra, Trinity Hospice, Arthritis Research UK, Royal National Hospital for Rheumatic Diseases and Maggie’s Cancer Caring Centres. Since marrying Charles, Camilla’s work has focused on raising awareness of sexual abuse, poverty, animal welfare and the dangers of osteoporosis. Camilla is also President of the Women of the World Festival and Deputy Patron of the Royal Commonwealth Society and the Royal Academy of Dance.

In a September 2022 BBC documentary, Camilla explained how Charles’ mother, Queen Elizabeth II, helped get her out of the “difficult position” of being a “lonely woman” in a male-dominated world to take on a role in the British royal family to develop. “There were no female prime ministers or female presidents. She was the only one, so I think she created her own character,” Camilla said. Camilla also recalled how the Queen taught her to balance work and “pleasure”. “Even though she was probably working, you know, with her red boxes, she could have her family to stay, she could do the things she loved,” she said. She also recalled the Queen’s “good sense of humor” when Camilla had a mishap with her shoes on her wedding day to Charles. “I probably didn’t shoot all tubes, was pretty nervous and for some unknown reason I put on a pair of shoes and one had an inch heel and one had a two inch heel,” said Camilla. “I was halfway down in the car when I realized … she could see it and laughed at it and said, ‘Look, I’m terribly sorry.'”

For more on the British royal family, see Sally Bedell Smith’s 2012 biography. Elizabeth the Queen: The Life of a Modern Monarch
. The New York Times bestseller, which contains the “true story” behind several story arcs from Netflix’s The Crown, follows the life of Queen Elizabeth II from childhood as the “heir presumptive” to her father, King George VI; until the moment he met her husband, Prince Philip, when she was 13; until her accession to the throne in 1952 at the age of 25. Elizabeth the Queen, which also includes interviews with Buckingham Palace sources and never-before-seen documents, offers an in-depth look at the Queen’s legacy as one of the most celebrated monarchs in recent history.

At STYLECASTER our mission is to bring style to people and we only offer products that we think you will love as much as we do. Please note that if you purchase something by clicking a link in this story, we may receive a small sales commission.