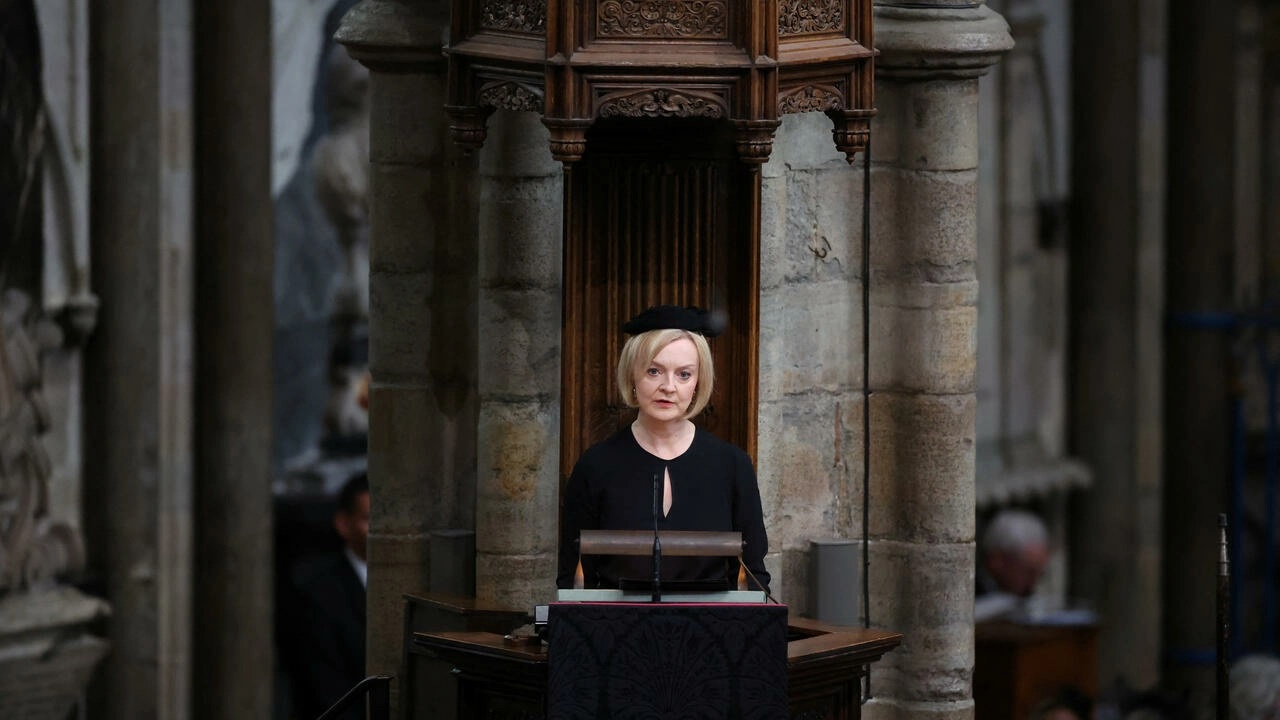 LONDON (September 20): Hours after delivering a somber reading at the funeral of Queen Elizabeth II on Monday, Britain’s new Prime Minister Liz Truss flew in for her debut at the UN General Assembly.

Truss was made head of state on September 6 in one of Queen Elizabeth II’s final ceremonial acts. She died two days later, sparking a 10-day national mourning during which political life in Britain was suspended.

The respite will prove short-lived as Truss plunges into heavy-handed diplomacy and her nascent government deals with a cost-of-living crisis caused by Russia’s war in Ukraine that is hurting millions at home.

She will return to London on Thursday, a day before Finance Minister Kwasi Kwarteng makes an emergency budget statement after the government promised a costly plan to curb skyrocketing energy bills.

At the United Nations, Truss will seek “to stimulate further international action to end energy dependency on Russia and ensure the world never gets into that situation again,” her spokesman told reporters.

She will also build on Johnson’s outspoken support for Ukraine because “the whole world suffers when a regime like (Russian President Vladimir) Putin is allowed to harass and blackmail its neighbors,” the spokesman said.

In her keynote address at the United Nations on Wednesday, Truss is expected to say Britain will remain “an active defender of our democratic values” against authoritarian enemies.

Truss was scheduled to meet Biden for a courtesy meeting on the sidelines of the Queen’s state funeral in London on Sunday. That was postponed to allow for full bilateral talks in New York.

While the President paid lavish tributes to Elizabeth II, his government is furious that her eponymous Prime Minister is threatening to break trading rules for Northern Ireland after Brexit.

READ:  How to plan your 1st luxury train trip

Truss also caused a stir across channels when she said during last month’s Conservative Party leadership campaign that “the verdict on whether Macron is a ‘friend or foe’ of Britain has been ‘concluded’.

The French president, on the other hand, came to London for the state funeral to underscore the “unbreakable” bond between France and Britain, aid workers said.

The Prime Minister’s schedule includes meetings with the leaders of Japan, Israel, Spain and Turkey as part of her diplomatic bow, having already been in contact with several Commonwealth counterparts ahead of the funeral. – AFP