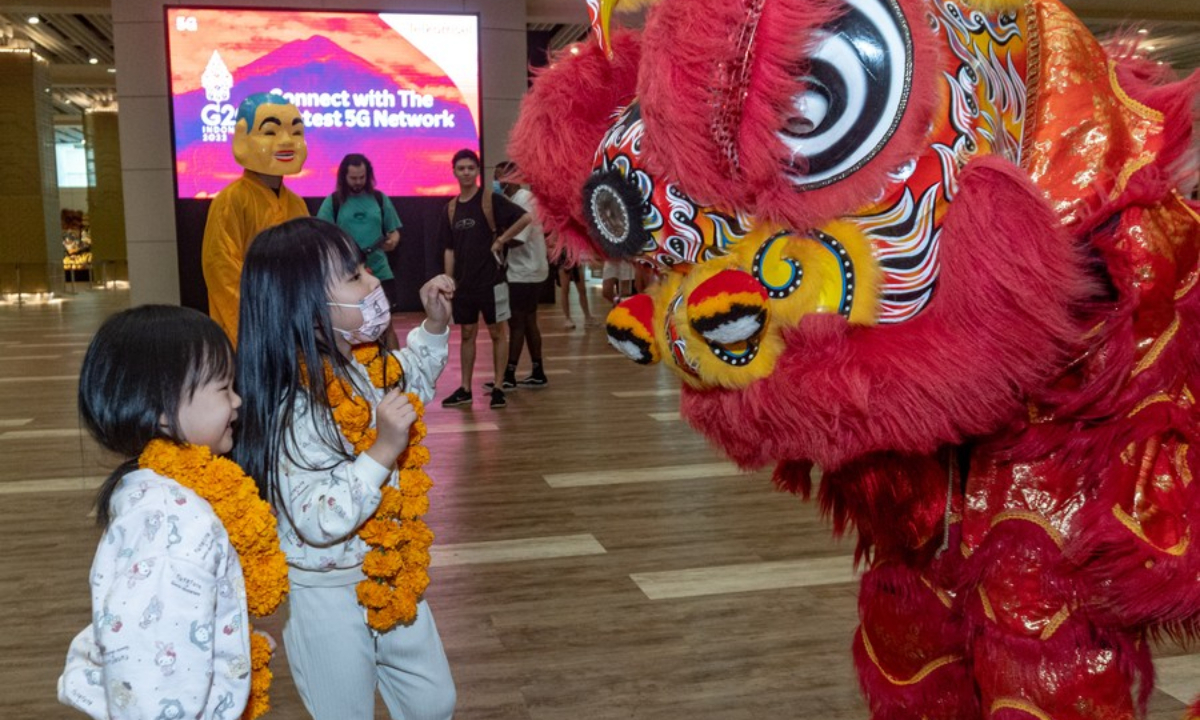 Outbound tourism bookings during the Spring Festival holidays have seen a boom after the country to optimize the COVID-19 rules and is expected to start the pilot outbound group tours from February 6 with the issued flight tickets booking a fourfold increase on year-on- year basis recorded.

Countries such as the Philippines, Indonesia and Vietnam have warmly welcomed Chinese tourists, for example, by organizing local officials to organize a welcoming ceremony at the airport, presenting flowers and performing dances, and even a red packet of lucky money for Chinese To offer tourists.

Chinese travel agencies and online tour operators can restart pilot outbound group tours and offer travelers with airline and hotel packages from February 6, according to a notice from the Chinese Ministry of Culture and Tourism on January 20.

The optimized measures have been well received by many Chinese visitors and some online travel agencies have observed a significant recovery in outbound travel during the Spring Festival.

In the first four days of the Spring Festival holidays, the number of plane tickets booked by mainland tourists increased more than fourfold year-on-year, and the number of hotel bookings issued increased by more than two times a year, the Global Times learned from the Chinese online travel platform Trip.com.

Also Read :  Traveller stopped at Perth Airport with 6kg of meat is deported amid foot and mouth disease fear

According to online travel platform Fliggy, bookings of outbound travel-related products in 33 countries and regions more than doubled year-on-year during the Spring Festival, according to Friday night’s data.

Among them, bookings for Thailand, Maldives and New Zealand have increased more than 10 times in a year, according to the platform.

The Philippines and Indonesia are among the countries that held grand ceremonies to welcome the first arrivals of Chinese tourists after the Chinese government streamlined its COVID-19 rules and is expected to see the recovery of the outbound tourism industry in 2023 .

On Tuesday, the third day in the Chinese New Year, the Philippine Department of Tourism held a grand ceremony at the Manila International Airport to welcome nearly 200 Chinese tourists.

“The Philippines is open and ready to welcome our friends from China,” Philippine Tourism Secretary Christina Frasco said while welcoming hundreds of Chinese tourists who arrived in Manila on Tuesday afternoon.

Frasco said the arrival of these people aboard a commercial flight “signals a very good start” for the Chinese New Year, adding that their country, famous for world-renowned pristine beaches, expects more tourists from China.

“Our intention is not only to regain, but to exceed our pre-pandemic numbers, knowing how the relationship between the Philippines and China will only continue to improve in the coming years,” Frasco added.

The growing demand for people-to-people exchanges in trade and tourism between China and the Philippines will accelerate the resumption of roundtrip flights between the two countries, according to Xiamen Airlines, which operated the flight.

Xiamen Airlines plans to continue increasing flights to Manila, including resuming Quanzhou-Manila flights around mid-to-late February and increasing the number of flights from Manila to Xiamen, Southeast China’s Fujian province in March, the airline told the Global Times. Wednesday.

Local traditional songs and dances welcomed Chinese tourists, and one of them was presented with a flower garland by the governor of Bali, I Wayan Koster.

“I am convinced that Bali tourism will flourish again with the advent of these Chinese tourists. China has been the largest source of tourists to Bali for many years, and the number of Chinese tourists visiting Bali has reached as high as 1 .4 million,” Koster said. .

A flight carrying Chinese tourists from Chengdu, a city in southwest China’s Sichuan Province, landed at Cam Ranh International Airport in Vietnam on Monday morning, the second day of the Chinese New Year, which was also the first flight to bring Chinese tourists to the ‘Land has transported. The COVID-19 outbreak originated about three years ago, local media reported on Tuesday.

Each passenger received flowers and a red packet of lucky money at the welcome ceremony, according to local media reports.

Chinese tourists made 155 million outbound international trips in 2019, with the consumption abroad of China’s outbound tourists exceeding $133.8 billion, according to the Xinhua News Agency.