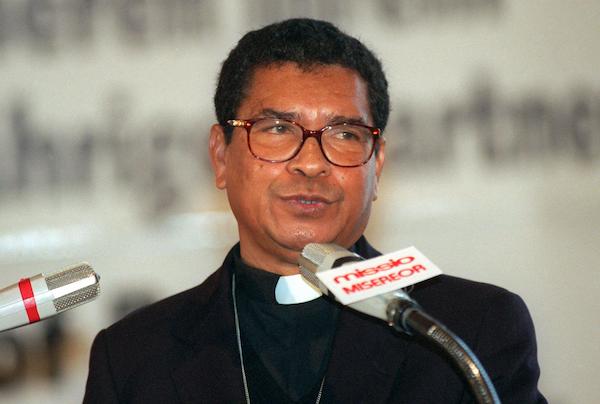 The then Archbishop of Dili, Carlos Filipe Ximenes Belo, pictured in 1996 when he received the Nobel Peace Prize with José Ramos-Horta.

The allegations were first published by a Dutch newspaper De Groene Amsterdammer, which printed testimonies from alleged victims and spoke to dozens of people who claimed to either know about the case or know the victims personally. One of the alleged victims, now 42, says the bishop solicited sexual acts for money when he was a teenager. Referred to as “Paulo” in the article, he says he was approached by the bishop at the end of a Mass when he was only 15 or 16 and invited to go to his apartment. That evening, he says, the bishop undressed him, stroked him and performed oral sex on him for gifts of money.

According to witnesses, the first cases of abuse date back to the 1980s, before Ximenes Belo was appointed archbishop of Dili, the capital of East Timor.

As prelate, Ximenes Belo was an active voice in defending the rights and freedoms of the predominantly Catholic East Timorese during the decades when the former Portuguese colony was occupied by predominantly Muslim Indonesia from 1975 to 1999. Hundreds of thousands of Timorese died during the occupation and gross human rights abuses were committed. D. Ximenes Belo’s status as a leading cleric gave him freedom to intercede for his people. Along with then-exiled Timorese politician Ramos Horta, he received the 1996 Nobel Peace Prize for his role in bringing much international attention to the Timorese cause.

According to the newspaper, the allegations first surfaced in 2002 after East Timor gained independence but were not made public. In November of the same year, the archbishop resigned, allegedly for health reasons, and moved to Portugal, where he continues to live with the Salesians, the order to which he belonged before he was appointed bishop.

Questioned by the Portuguese press, the Salesians declined to comment, stating that Ximenes Belo was no longer subject to the Order because of his episcopal status.

Allegations of the bishop’s previous crimes, allegedly committed against often vulnerable teenagers, including seminarians, have circulated in church circles in Portugal for years but have never made it to the press.

Corresponding De Groene Amsterdammer, Bishop Ximenes Belo is subject to travel restrictions imposed by the Vatican and cannot return to East Timor without permission. He was also urged to restrain himself, but there is no information of an actual canon case against him.