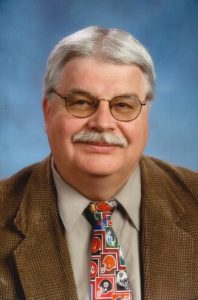 Mr. William “Darrell” Hansel, aged 76, of Mt. Sterling, Indiana, entered this life on March 28, 1946 in Cincinnati, Ohio. He was the son of the late William B. and Ruth Carol (Harrell) Hansel. Raised in Canal Fulton, Ohio, he graduated from Northwest High School in 1964 where he was on the football team. Darrell graduated from Cumberland College in Williamsburg, Kentucky in 1969 where he was on the wrestling team and received his minor in speech and a bachelor’s degree in secondary education. Darrell was drafted into the United States Army First Cavalry Division (Airmobile) on April 9, 1969 in Cleveland, Ohio. He served in the Vietnam War and Cambodia and was awarded the Combat Infantry Badge, Vietnam Campaign Medal, Army Commendation Medal, Vietnam Service Medal, National Defense Service Medal, Air Medal with Oak Leaf Cluster and the Sharpshooter M14. Darrell was honorably discharged on January 8, 1971 at Fort Dix, New Jersey. He was transferred to the Army Reserve and honorably discharged on April 8, 1975 with the rank of corporal. In 1971, Darrell was married to Stephanie Hope in Canal Fulton, Ohio. This happy union was blessed with two children, Donnie and Melinda. Darrell received his bachelor’s degree in business administration from the University of Akron in 1972. The family moved to Vevay, Indiana, in 1976 and acquired the Vevay Swiss Inn. In 1986 he received his master’s degree in educational administration and secondary education from Indiana University Southeast in New Albany, Indiana. Darrell was a former teacher and principal of Switzerland County School Corporation from 1977 to 2007. He served as student dean for Canton Switzerland Middle School. He was a Drama Club sponsor for 10 years, golf coach for 20 years and ORVC Coach of the Year 6 times. Darrell was the principal of Jeff-Craig Elementary School – Four Star School. The school received a Blue Ribbon and Darrell traveled to Washington DC to accept the award. Darrell served as Post Commander for Vevay American Legion Post #185 and Vevay VFW Post #5396. He also served as the 9th District Commander, Deputy Commander of the Southern Division, Assistant National Executive Committee Member, National Executive Committee Member, and on various committees and offices at the post, state, and national levels. He was a member of Southeast Indiana Chapter 71 of the Vietnam Veterans of America and Dearborn County Voiture 612, 40&8. Darrell was a member of the Scottish Rite, NMJ and Indiana Freemasons Florence Lodge #27. Darrell has served as President of the Vevay Kiwanis Club and also as Chef de Gare of 40&8, Vietnam Veterans of America, Army, Navy and the Air Force Veterans United States Chapter. He was also a member of the Vevay Town Board, President of CTA and served several terms on County Council. Darrell was the freshman class sponsor for many years. Darrell also mentored student teachers at Indiana Wesleyan University and was also a university supervisor from 2007-2009. Darrell was honored with Sagamore of the Wabash, Indiana’s top citizen award, in 2016. On March 22, 2005, Darrell was married to Sharon Rebecca Earls in Las Vegas, Nevada. In 2006, Darrell and Sharon built their retirement home in the community of Mt. Sterling. Darrell loved to travel and he enjoyed visiting all 50 states throughout his life. For many years Darrell traveled with legionnaire friends. Darrell and Sharon have enjoyed cruising to many destinations over the years. He also enjoyed reading and his Kindle was a constant companion. He enjoyed video poker, playing slot machines and visiting casinos. Darrell was recognized for his service as a judge for the 2020-2021 Department High School Speech Contest for the American Legion. Darrell was so proud of his involvement with the American Legion and his standing up for veterans. Darrell served his community, state and nation with dignity and pride. Darrell died on Wednesday, September 21, 2022 at his residence in Mt. Sterling, Indiana.

Darrell is missing from his wife Sharon Rebecca (Earls) Hansel of Mt Sterling, IN; his daughter Melinda Lewis and her husband Dale of Canal Fulton, OH; his son Donnie Hansel and his wife Jennifer of North Canton, OH; his grandsons Chace Michael Lewis and William Sterling Hansel; his sister Deborah Gazey and her husband Alan of Barberton, OH; his stepson Ray Denning and his wife Stacy of Madison, IN; his mother-in-law Wyrola Cole of Columbus, GA; his brothers and sisters-in-law, Julia and Shane Allen of FL, Mike and LuAnn Earls of Lakeland, FL, Fred Earls of Madison, IN, Bill and Nelda Earls of OH, Brian Cole of Columbus, GA, and Jamie Cole of Columbus, GA; his stepsisters and stepbrothers, Debbie Simpson from Vevay, IN, Billie Kuhnen from Vevay, IN, Jill Darbro from Madison, IN, Beanie and Mark Driver from East Enterprise, IN, Carolyn Jo Darbro and Larry Lee from Perry Park, KY, and Larry Debbie Darbro from Florence, IN and Bobby Darbro from Vevay, IN and his several nieces, nephews and a plethora of friends.

READ:  Airlines Are Canceling Hundreds Of Flights As Hurricane Ian Heads For Florida

His parents, William B. and Ruth Carol (Harrell) Hansel, preceded him in death; his father-in-law Ulia Cole Earls and his stepmother Norma Earls.

Private memorial services are held at the discretion of the family.

In lieu of flowers, memorial donations can be made to the Darrell Hansel Endowment Fund c/o CFSCI. Tickets are available from the funeral home or online at www.haskellandmorrison.com