If we had £150,000 to spend the last thing we would want to do would be to travel the world looking for really bad public toilets but to each their own.

That’s exactly what travel writer and blogger Graham Askey — aka the “King of Porcelain” — did as he traveled the globe to find the world’s worst toilet, and he thinks he’s found it — in Tajikistan of all places.

The toilet in question has been dubbed the “perfect hellhole” – a poorly constructed tent whose walls double as loo roll. I won’t lie, that sounds gross.

To make matters worse, it’s really just a 5ft deep hole in the ground and anyone wanting to use it has to be prepared to crouch over what’s been described as “sun dried poop”.

Sign up for our new free weekly Indy100 newsletter

According to Graham, there is also a danger of disturbing deadly snakes and fearless rats, all of which have taken up residence in the nearby rocks.

According to Askey, the toilet in the Ayni region of Tajikistan, on the western edge of the Pamirs and not far from the Afghan border, is so vile that locals refuse to use it unless they are “absolutely desperate”. 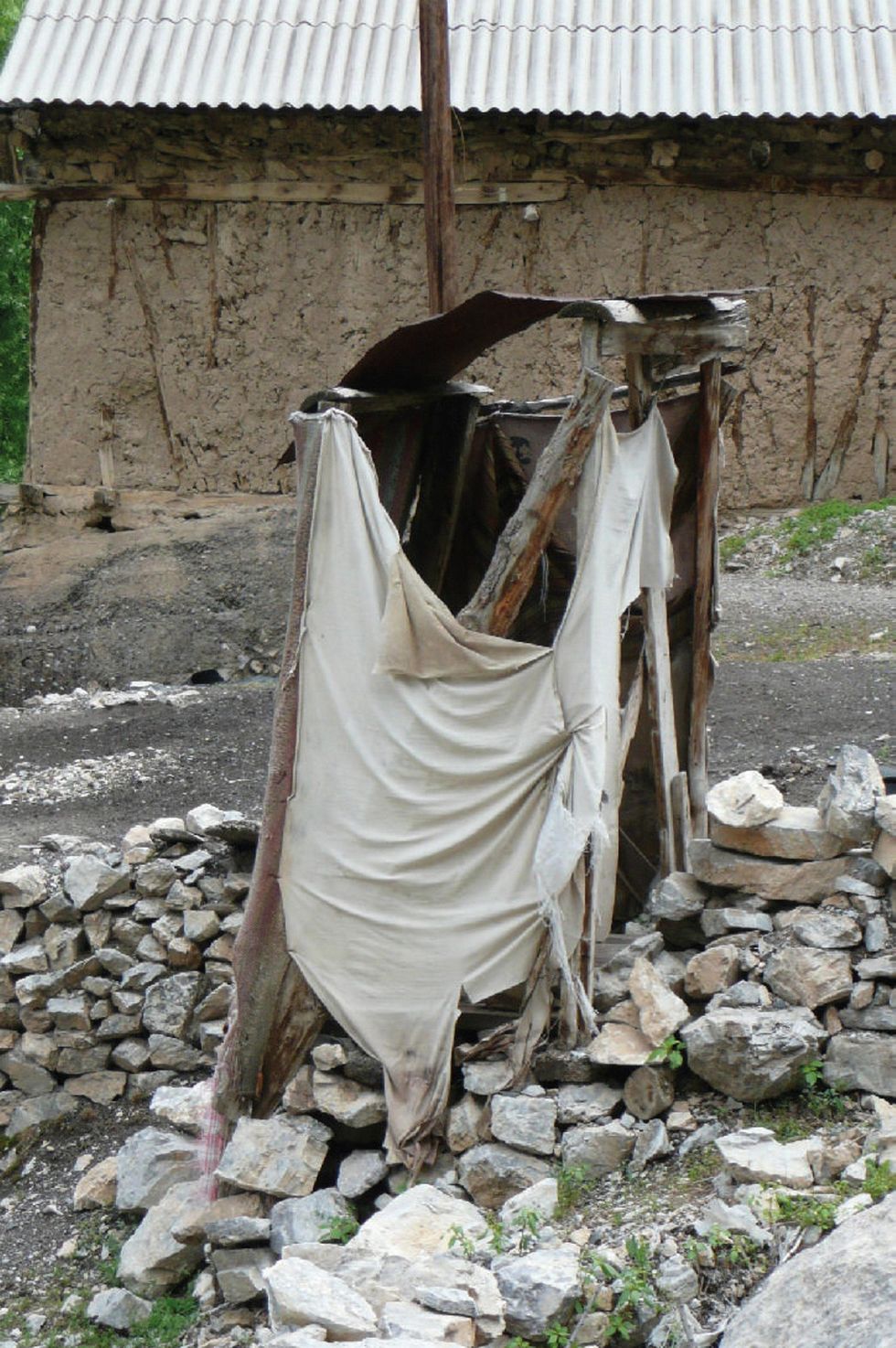 Askey, a self-professed “squatter spotter,” visited hundreds of public toilets on six of the world’s seven continents before crowning the outhouse in Tajikistan the worst of them all.

He’s included 36 of the “shittiest crappers” he’s encountered in his new book, Toilets of the Wild Frontier, which hits shelves this week.

Other public toilets that made it onto his “crap list” include a sink in Bangladesh and a “number one and two liter” bathtub in China — with the plug in.

A 10-foot stilt hut in Indonesia also made the list thanks to its death-defying walkway, as did a wooden chair with built-in toilet seat in Benin, prominently perched on a raised platform in the middle of the village. is described by Askey as the “least privacy-conscious toilet” he has ever encountered. 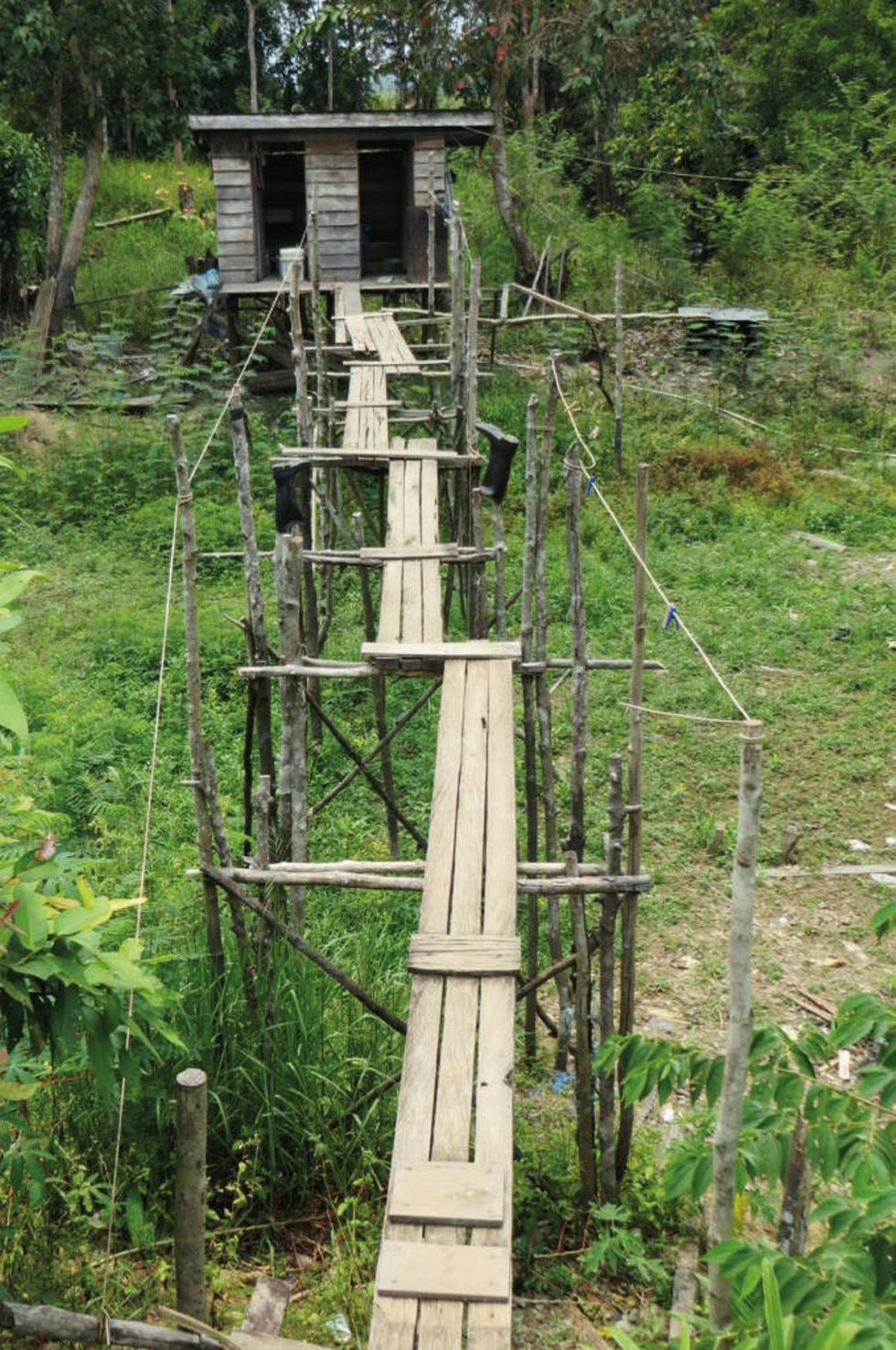 The retired master builder developed his particular fascination for public toilets – and in particular their poor construction – on his first vacation abroad in Morocco.

Since then he has visited 91 countries, traveled around 75,000 miles and spent around £150,000 visiting private and public toilets around the world.

He only photographed the outside of the worst loos he visited to spare people the “vomit-inducing” contents, and spent the “absolutely minimal amount of time” inside to stave off nausea.

The images he took have garnered thousands of views on his ‘Inside Other Places’ blog he wrote for the fictional Toilet & Urinal Restoration & Design Society (‘TURDS’).

His unique posts about far flung parts of the world became so popular that he decided to compile the top 36 in book form.

Although intended as satire, it also aims to highlight the health risk posed by substandard sanitation. 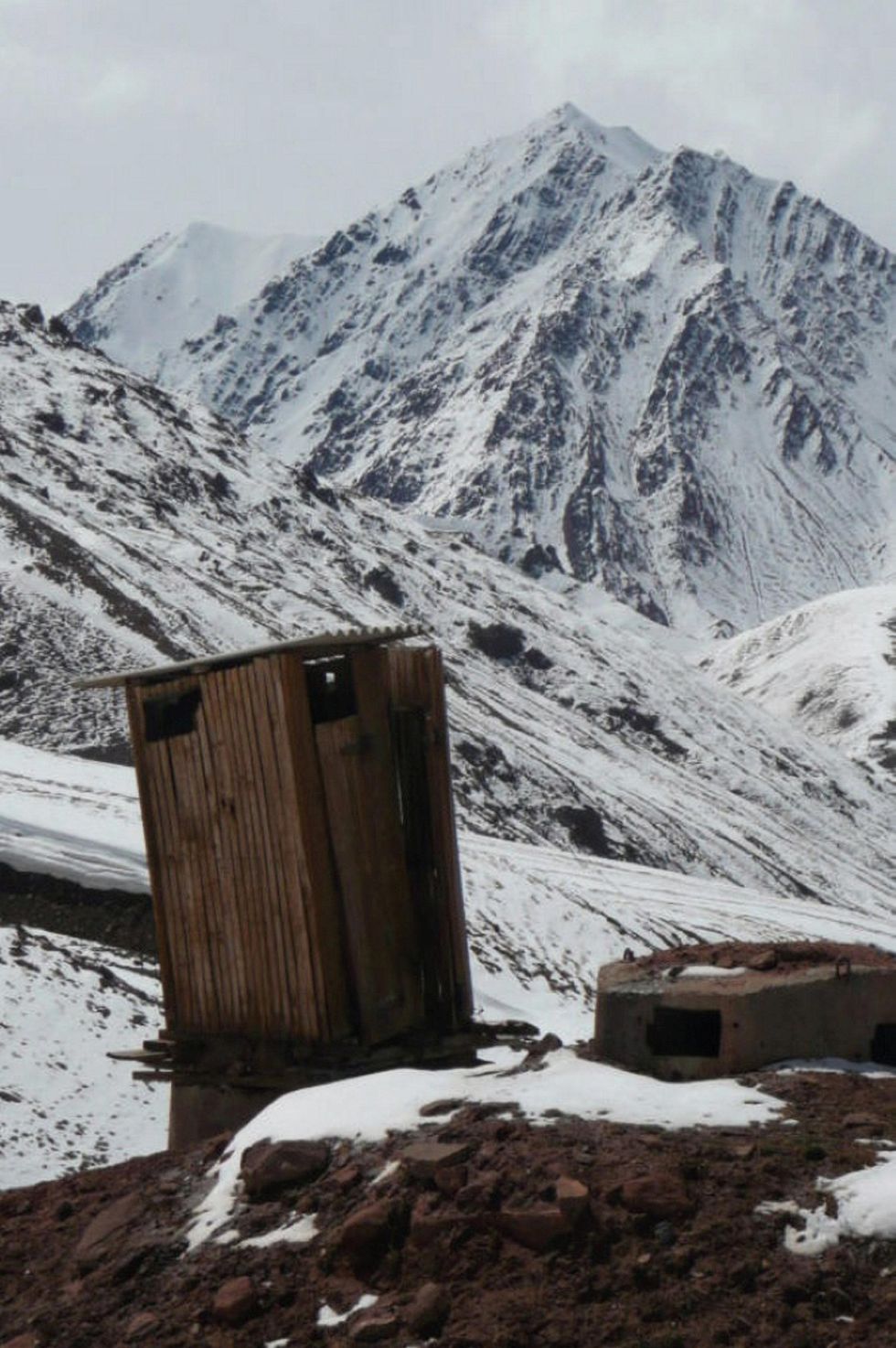 Askey, 58, said: “Make no mistake, every ‘item’ on my list is beyond words gross.

“Some may look okay, but believe me – and I know – these are the most inhospitable places on earth and it would be unthinkable to spend a single minute in any of them, except under the direst of circumstances.

“Each and every one of them seems to attract members of the public who have yet to master the basic art of ‘aiming’.

“But after enjoying some of the dirtiest toilet facilities in the world, the toilet in Tajikistan has to be the worst in the world – it’s the perfect hellhole.

“With no toilet paper available, the builders conveniently built it with a fabric cover to provide a wiping function – and it looks like the locals have made full use of that!”

Askey, who lives in Brighton, added: “While readers will no doubt find these deplorable public toilets hilarious, it must be clear that they pose a significant and largely unnecessary health risk, which the support of charities such as ActionAid and World Toilet Day greatly reduces can be .”

Speak your mind in our news democracy. Click the upvote icon at the top of the page to move this article through the indy100 ranking.