A Maltese wanted for drug trafficking in Italy was released on bail for the third time on Friday after he claimed his rights would be violated if he were extradited.

John Spiteri, 56, was arrested in June on the basis of a European Arrest Warrant issued by a Sicilian court but has so far been released on bail three times.

Spiteri faces criminal charges for his alleged role in a cross-border drug trafficking organization and for trafficking and transporting marijuana-like drugs.

Last month, Judge Donatella Frendo Dimech ruled that there was no doubt that all legal requirements for Spiteri’s extradition had been met and that the defendant had seven days to appeal the verdict before being extradited.

Also Read :  The Prettiest Towns and Villages in Italy

Malteser wanted by Italy on bail for drug trafficking 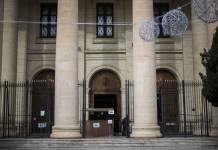 His lawyers then appealed, arguing that their client faced inhuman and degrading treatment in Italian prisons.

In his ruling earlier this month, Judge Aaron Bugeja gave Italian authorities until September 13 to provide guarantees before the European Arrest Warrant (EAW) is executed.

Spiteri was re-arrested after that court upheld the Magistrates’ Court ruling and ordered extradition unless an infringement action was brought.

The motion ended up with Mr Judge Bugeja, who found that “pre-trial detention” was permissible, but only to the extent that the person’s right to a fair trial was respected.

In this case, according to the court, Spiteri had not yet been convicted in Italy and was still presumed innocent. 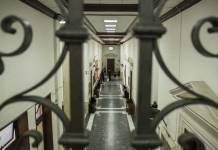 With everything under consideration, Spiteri was to be released on bail pending a “final decision to surrender,” on various stringent conditions, the judge said Friday.

This included attending all court hearings, depositing all travel documents and other official documents, and refraining from any communication with witnesses from the Italian prosecutor’s office.

Spiteri should sign the deposit book daily, stay no closer than 50 meters to the coast, seaports or airport, and observe a curfew between 11pm and 6am.

He was also required to deposit €20,000 and pledge through a personal guarantee of €30,000 before regaining his personal freedom while his constitutional proceedings continued.

BE THE FIRST TO GET THE LATEST NEWS