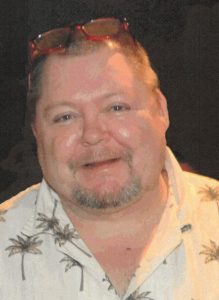 WESTFIELD – Jonathan Towse, 53, (1969 – 2022) passed away on Friday September 16, 2022 with his beloved son Joshua by his side. Jon was a dedicated and proud single father, a devoted son and brother, a passionate educator, and an inquisitive world traveler who enjoyed living his own life

Jon was born and raised in Westfield, MA. He attended Westfield Schools and enlisted in the US Army shortly after high school. After his time in the army, he set out to travel the world. Jon’s first trip was touring Europe with his brother Don. I could go into detail about their antics but as this is being read by his mother Christine I’ll leave it to your imagination; The Hangover meets National Lampoon’s European Vacation. After his trip to Europe, Jon was gripped by a boundless wanderlust. Two weeks before his death, he spoke of returning to Hawaii, where he spent many happy years fishing with his son Joshua, living in the rainforest, and keeping the wild boar at bay. Jon traveled throughout the United States and Mexico. He went on vacation to Hawaii and fell in love with the laid-back lifestyle that made him put down roots. From Hawaii he traveled to Singapore, New Guinea and Indonesia, where he taught English. While teaching in Jakarta, he earned a degree in business administration. He also met and married Joshua’s mother, Ina Salazar, and they lived very happily together as a family until they left Indonesia. From Indonesia, Jon and his family relocated to Hilo, Hawaii, where Jon earned his teaching certificate. He then began teaching at Hilo High School. This is where Jon found and sparked his passion for teaching. He devoted himself to his students and cared for each and every one of them. He took an interest in their happiness and helped them prosper. Jon was a good example of a loving and dedicated teacher. He continued to teach and eventually returned to Western MA, where he most recently taught at Center School in Holyoke. Jon took pride in working with such wonderful students and was always talking about new and innovative approaches he was trying in his classroom. Jon really lived his life to the fullest. He loved his son and his friends and family fervently and freely with an innocence that was childlike in its purity.

Jon is survived by his beloved and cherished son, Joshua Towse of Westfield. He was a predeceased of his father, Charles Towse, and is survived by his mother, whom he adored, Christine Towse of Westfield. Jon is also survived by his older brother Charles (Chuck) Towse and his wife Merry of Westfield; his big sister Virginia (Ginny) Schnabel and her husband Alan of St. Robert, MO; his brother and friend Donald Towse and his partner Dawn Roberts of Amherst; his brother and friend Daniel Towse and his wife Allison Wheatley-Towse of New York, NY; his brother and carer Douglas Towse and his wife Kristine of West Springfield; his favorite sister Carolyn Florek and her husband Jeffrey from Southampton; his little brother Theodore (Ted) Towse and partner Erica Wehrwein of East Lansing, MI; and his little sister Regina Tillona and her husband Carl von Chicopee. Jon also leaves behind dozens of loving nephews and nieces, as well as great-nephews and great-nieces. Lastly, Jon leaves behind his best friend Batman, a beautiful and loyal German Shepherd who only had eyes for Jon.

READ:  British doctor says Australians are 'quite RACIST' and discourages others from moving Down Under

The funeral will be private. At Jon’s request, we’ll be eating ribs (beef, not pork), drinking Coors Light, not listening to The Eagles, and celebrating his life at a later date. We will invite all friends and family to join us at this later date.

READ:  KuroEV bringing the Volt City EV to Malaysia in 2023 - RM40k electric hatch to be offered via subscription