Jesse Marsch has confirmed that both Wilfried Gnonto and Joe Gelhardt will be involved in the travel company of Leeds United for tomorrow night’s clash with Leicester City.

Leeds are looking for their first win since August this week and go to king power with a good opportunity against Leicester.

Ahead of the game, Marsch gave an insight into his team roster and the players bidding for the squad.

Gnonto and Gelhardt have alternated on the Leeds bench for the last two or three Premier League games while also playing for the U21s.

However, neither was involved in last night’s Papa John’s Trophy loss to Bolton Wanderers and are expected to travel with Leeds to Leicester tomorrow, according to Marsch (spoken to @LUFC).

“Willy will be with us, and Joffy, Sam (Greenwood) and some of the other guys who have done double duty with us. With a three-game week – we’ll be using some of those U21 games to keep them fit and strong – we’re going to need them to be ready for us.”

Gnonto and Gelhardt are both awaiting their first senior goal of the 2022/23 season, as will Patrick Bamford, who is expected to lead the line at Leicester.

Marsch will need to use his entire squad this week as Leeds go through three games in seven days.

That brings the likes of Gnonto and Gelhardt from the bank, which you would suspect, for minutes into consideration.

Bamford can’t get more than an hour on their feet at the moment so the bench will be hugely important to Marsch in Leicester and then against Fulham. If he has to manage his main striker then there must be competitive options behind him.

So it helps that he has two of the division’s most exciting youngsters lined up waiting for an opportunity to show what they can do.

Of course we already know what Gelhardt can do, but he has to carry that over to this season. Gnonto, on the other hand, is an Italy international and someone Leeds supporters can’t wait to see in action. 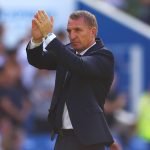 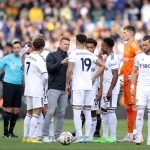 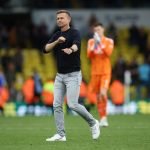