UZBEKISTAN, September 19 – Discussion on issues of further increasing the potential of domestic and inbound tourism

On September 19, President Shavkat Mirziyoyev chaired a meeting on measures to further increase the potential of domestic and inbound tourism. 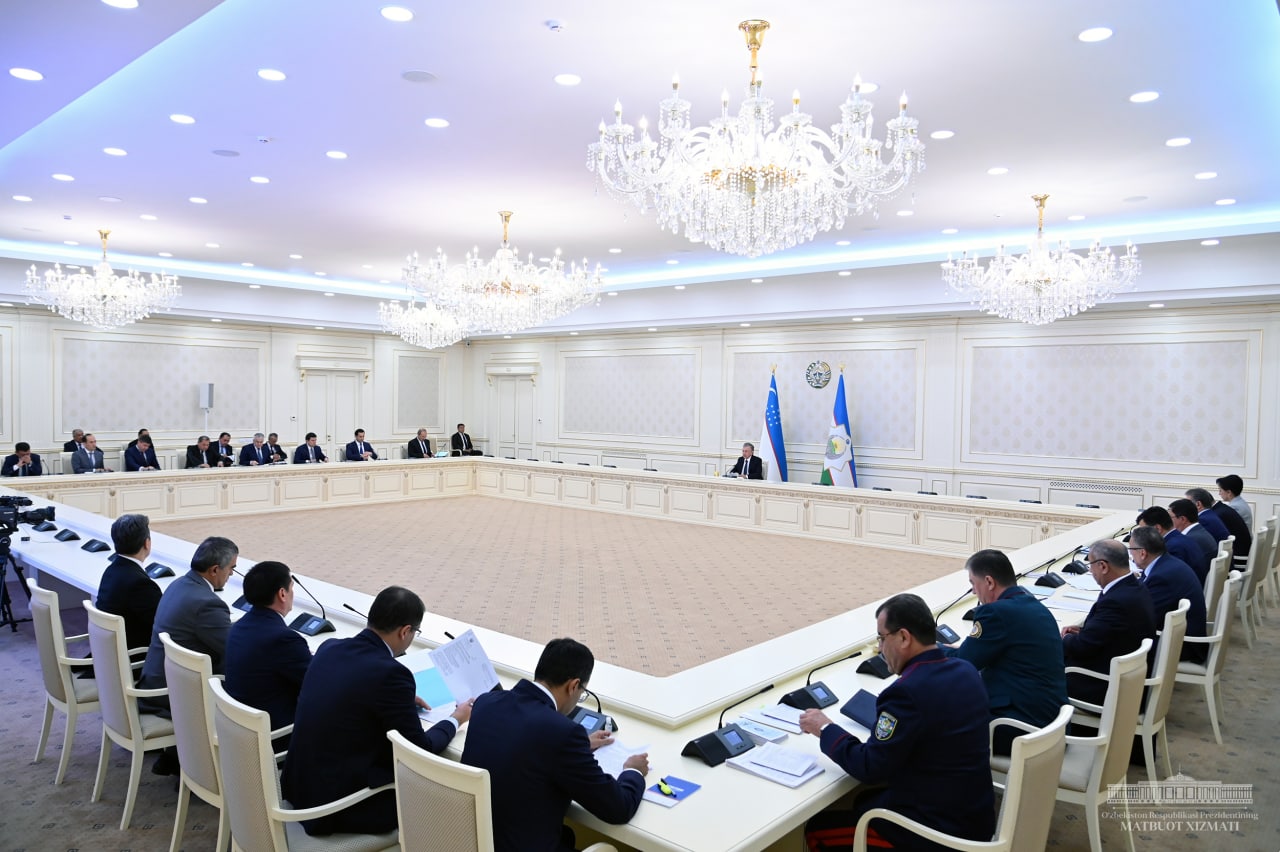 Diversification is the key to economic stability. Therefore, extensive activities for the structural transformation of the economy are being carried out in Uzbekistan. The tourism industry in particular was identified as one of the drivers, for whose development the necessary conditions are being created.

For example, issuing visas for tourists has been simplified, queues and unnecessary checks at airports have been abolished, green corridors have been created and currency exchange has been liberalized. The rates of social tax and sales tax for tourism companies will be set at 1 percent, the rates of property tax and property tax will be reduced by 90 percent. The number of placements tripled compared to 2017, reaching 125,000. A system for the electronic registration of guests will be created.

This year tourism is recovering from the pandemic. By September of this year, the number of foreign tourists visiting Uzbekistan has tripled compared to 2021. Since the beginning of the year, the volume of tourism exports has amounted to 926 million US dollars. The length of stay of foreign tourists has increased to an average of 4-5 days and their spending has increased to $305.

The President pays particular attention to this area, because 30 percent of the industry’s income goes to the people in the form of wages. In industry or other sectors, this proportion does not exceed 10 percent. One job created in tourism creates two additional jobs in related industries. That is, tourism is an important resource for creating jobs, increasing income and exporting services.

At the meeting, the state of tourism in the regions was discussed. Huge possibilities for this and tasks for their use were shown.

As is known, on the initiative of the head of state in Samarkand, the International Tourist Center “The Great Silk Road” was founded. Recently, it hosted the high-level organizational summit of the Shanghai Cooperation Organization. This multifunctional center includes 8 modern hotels, a congress center, the Eternal City complex, an amphitheater and many other facilities. It is able to serve 2 million tourists a year.

The head of state issued instructions to attract tourists to this complex and, in cooperation with embassies and foreign companies, to promote the brand “Samarkand – Tourism Gateway of New Uzbekistan”.

The Ministry of Transport was given the task of effectively using the capacity of the modernized Samarkand International Airport, removing restrictions on flights by foreign airlines and increasing the number of international flights.

At the meeting on April 26 of this year, measures were defined to increase the volume of tourist services in cities and districts and to provide UZS 1 trillion in credit funds for industrial projects. Analyzing the fulfillment of these tasks, the head of state pointed out the lack of tourist places in the regions and the financing of entrepreneurial projects.

Hokim Region of Fergana reported on the activities to create the “Golden Valley” tourist ring, which includes 5 districts and 3 cities. The President emphasized the need to implement similar projects in other regions and to support their initiators financially and organizationally.

Opportunities for creating tourist zones in safe areas near water bodies and on forest fund lands were also identified. Proposals were made for the development of safari tourism in the steppe regions of Karakalpakstan, Bukhara, Kashkadarya, Navoi, Surkhandarya, Fergana and Khorezm.

Another promising direction is pilgrimage tourism. There are more than 1.2 thousand shrines in Uzbekistan. It was found that if this opportunity were fully exploited, it would be possible to attract at least 1 million tourists a year.

In Uzbekistan, 135 mahallas are defined as tourist mahallas. The issue of infrastructure is very important as most of them are located in remote areas.

Therefore, the President instructed to develop a program to solve problems with roads, electricity and water supply, Internet access in tourist mahallas.

Road infrastructure is essential for travel. But over time, the number of cars is increasing. For example, five years ago, 25,000 cars ran on the Tashkent – ​​​​Samarkand route, today it is 35,000. Accordingly, the travel time has also increased.

In this regard, the need to increase the frequency of rail and air transport between the cities of the country was identified.

The President focused on the issues of expanding the tourist offer and simplifying the rules for the activities of industrial enterprises.

For example, today there are 97 requirements for opening a hotel. Taking into account the opinions of entrepreneurs, the task was set to simplify these requirements based on international standards.

There are inconveniences in the order of registration of tourists in internal affairs bodies. In particular, a foreign tourist must be temporarily registered by the hotel within 2 days, and within 3 days if staying with relatives.

The Home Office has been tasked with reviewing this system and lifting excessive restrictions. Online notification is used instead of the temporary registration of foreign tourists.

With the introduction of a notification procedure, there are also plans to lift the permit requirement for the activities of travel agents. This will create an opportunity for the emergence of thousands more travel agencies.

“Tourism means investments, exports, new jobs and poverty alleviation. Therefore, it is necessary to pay serious attention to this direction in each region and to attract more tourists,” said Shavkat Mirziyoyev.

It has been found that there are every opportunity to attract 7 million foreign tourists and 12 million domestic tourists next year, bringing the export of tourism services to $2 billion. Concrete work areas and those responsible for their implementation were defined.