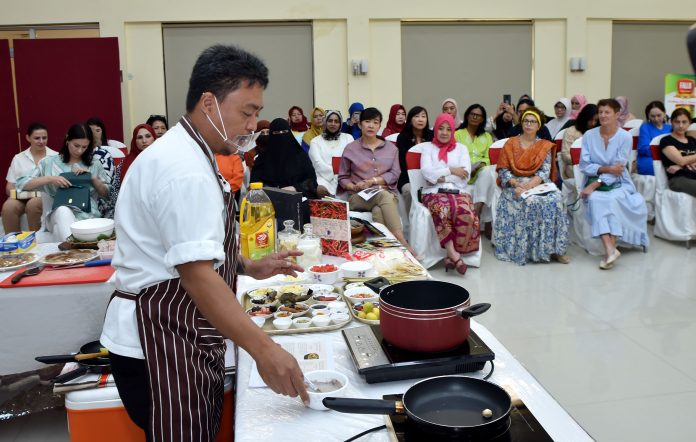 ISLAMABAD: The Embassy of Indonesia organized a cooking workshop with live cooking by the renowned Indonesian chef Budiono, a professional chef from Indonesia, at the Embassy premises. The event also raised funds for the flood victims in Pakistan.

The embassy staff and the Indonesian students collected donations from each other. The items and donations collected were presented to the head of the Pakistan Red Crescent.

Indonesian Ambassador Adam Tugio said in his speech that he was really pleased to welcome guests to this exciting event of Indonesian Culinary Cooking Demo.

He added that the embassy organized this event in line with the Indonesian government’s program “Indonesia Spices Up the World (ISUTW)” Promotion of local spices and cuisines, especially on an international scale, to boost spice trade activity.

Also Read :  All is not well in land of Komodo dragons with threat of huge entry fee hike, Asia News

As the world’s fourth-largest exporter of spices, valued at around $500 million per year, and the world’s second-largest producer of pepper, Indonesia’s ISUTW initiative also aims to increase processed food exports and attract more tourists by offering more for local people when visiting Indonesia local dishes advertises .

Ambassador Adam further said: It is often said that ‘There is no truer love than the love of food’. And truly, the love of food is universal, which creates friendships and fosters culture. On the other hand, there is no concept of food without spices, which is why flavorful spices are popular with foods worldwide due to their unique aroma and health benefits. What we often refer to as the “secret ingredients” of famous food recipes is actually a balanced combination of spices.

‘Therefore, it’s no wonder that with the growing popularity of the ‘Go Organic’ and ‘Eat Healthy’ trends along with the emergence of multiple food channels, the reach of international grocery chains and a food-conscious culture is increasing around the world. We’re no more surprised to see thatsome Renowned Indonesian specialties such as NasiGoreng, Beef Rendang and Satay are now revered worldwide for their exclusive taste and aromatic spices.

“I trust this background will generate more interest in this event. You must have heard that “A recipe has no soul, you as a chef have to give the recipe a soul.‘ Chef Budiononow’s demo will reflect the spirit of traditional Indonesian cuisine by preparing food as an artist and presenting it as a masterpiece. I hope you enjoy and appreciate his efforts.’

Concluding his remarks, Ambassador Adam said he would like to inform you that as a sign of our solidarity and compassion for the flood victims in Pakistan, we have planned to raise funds with your generous support. Undoubtedly the scale of devastating floods is very great, but we want to reassure our Pakistani friends and sisters that they are not alone at this difficult time.