How powerful is the Egyptian passport? 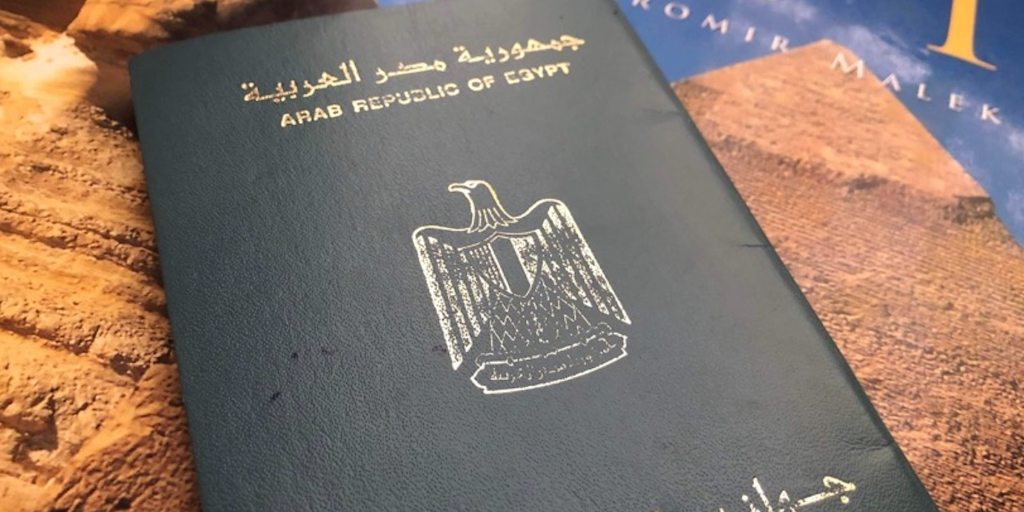 As more Egyptians hope to travel abroad, whether for honeymoon, study, work or tourism, Egyptians will be disheartened to know that the country was ranked 94th out of 112 countries in Henley and Partners’ 2022 Global Passport Ranking (H&P) ranked – sharing position with Algeria, Jordan, Guinea-Bissau, Turkmenistan and Central African Republic.

H&P, a world-renowned residency and citizenship-through-investment consultancy, bases its index on data from the International Air Transport Authority (IATA), its own research, and open-source online data. It is the longest-standing pass power ranking, updated quarterly, and includes Egypt on its list as far back as 2008.

“The total score for each passport corresponds to the number of destinations that do not require a visa,” according to the methodology of the consultancy.

Although it ranked 78th in 2008, 16 places above its current rank, Egypt’s visa-free score is an all-time high.

Also Read :  Will Armenia Turn Toward the United States?

Egypt’s lowest-ever ranking was achieved during the COVID-19 pandemic, which saw the country stumble to 97th place in 2021.

Some of the visa-free countries Egyptians can explore are Albania in Europe, Malaysia, Hong Kong, Indonesia and the Maldives in Asia, Samoa in Oceania, Jordan and Iran in the Middle East, Bolivia and Ecuador in South America, and Tanzania and Madagascar in Africa.

The nationality of a passport determines the ability to travel freely and easily to multiple countries. For example, in the context of visa-free access, a Ukrainian passport ranks far higher than a Lebanese passport and thus indirectly reflects a country’s global status.

The issue of “passport privilege” has been a hot topic in recent political discourse, as recently as United Nations (UN) Secretary-General Antonio Guterres’ statement in 2021 that COVID-19-related travel bans would apply to third-world countries are “deeply unfair,” punitive, and ineffective.”

“We have the instruments to be able to travel safely. Let’s use these tools to avoid this kind of travel apartheid, which I find unacceptable,” Guterres said.

Currently, Egypt is among conflict-hit Mozambique, Ukraine and Chad, and a few numbers above Ethiopia, Iran and Lebanon – states suffering from political instability and civil unrest.

After the mass protests of 2013, Egypt experienced a period of stability and a struggling but surviving economy.

In comparison, certain countries suffering from similar economic and political instability continue to enjoy visa-free access to many more countries.

Nevertheless, Egypt continues to work on improving its travel access and supporting the diaspora network. The country’s Ministry of Emigration launched an insurance coverage program for citizens abroad in December 2021. In March 2022, the ministry also assisted Egyptian migrants in Ukraine to safely evacuate the war-torn country.

But as the years leading up to COVID-19 have shown, the number of applications will only increase once again – while access to visas remains restrictive for many Egyptians.

Subscribe to Egyptian Streets weekly newsletter! Get the latest news, arts and culture headlines, exclusive features and other important stories delivered straight to your inbox by clicking here.