Archaeologists in Turkey have spent the last four years excavating a Neolithic mound in southeastern Turkey that will be flooded once construction of a giant dam is complete. The reservoir’s water has already begun to pool, but water levels have slowly risen, giving archaeologists ample time to conduct extensive excavations in the vulnerable area.

This highly productive Neolithic site, which has been given the name Gre Filla, has yielded a wealth of ancient artefacts left by people who lived in the region 11,000 to 12,000 years ago. The builders of these ancient settlements also erected several stone monuments arranged in an order that suggests they were part of a temple used for ritual or ceremonial purposes.

Gre Filla was only discovered as a result of the precautionary excavations carried out in anticipation of the Ambar Dam project. In most countries, it is common for governments to send archaeological teams before construction of any infrastructure project begins to prevent unwitting destruction of historical treasures.

In this case, the discovery has caused great excitement in the Turkish archaeological community, so steps are being taken to ensure that the ruins of Gre Filla are not submerged and lost forever. Once the current round of excavations is complete, the plan is to lift, extract and transport the monumental ruins of the Gre Filla Neolithic site to another location, not yet determined, so that they remain accessible to researchers, tourists, the media and members of the general public Publicity. 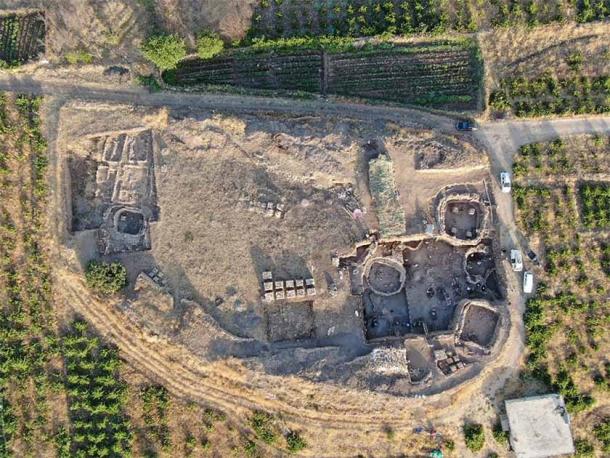 An aerial view of the Neolithic site already known as Diyarbakır’s Göbeklitepe, which is being moved as the area is flooded by a huge dam project . ( Arkofili)

Preparing a Neolithic site for the great move

Initial exploration of the Gre Filla Neolithic mound focused on the discovery and removal of artifacts. But the excavation of the ancient temple introduced new complications, as heavy stone monuments cannot be quickly or easily removed from an archaeological site.

The government in Diyarbakir, the province where the Ambar Dam is being built, has been under pressure to take action to prevent the destruction of irreplaceable historical treasures – and it seems they are ready to do so now that the dam’s waters are running is rapidly approaching the vulnerable Gre Filla site.

Speaking on behalf of the government, Diyarbakir Provincial Culture and Tourism Director Cemil Alp told the Mücadele Gazete newspaper that the monuments of Gre Filla will be relocated very soon and will remain fully intact.

“You know this is a rescue dig,” Alp said. “During the excavations, a temple was uncovered. The temple is the same age as Göbeklitepe and is a very valuable work…we suggested that the works be carried in the same way [removed and relocated just like the site’s artifacts].”

When this idea was proposed to the Ministry of Culture and Tourism of Diyarbakir, they responded positively to the proposal and are now ready to implement the plan. The current challenge is to find a suitable place to transport and install the temple remains, presumably somewhere within the borders of Diyarbakir.

“It’s important to protect them instead [let them] disappear,” Alp explained, referring to the stone ruins. “So the entire temple is being relocated. You won’t believe it, but the temple you see will be moved.”

To dispel any skeptics’ doubts, Alp pointed out that large monuments found at archaeological sites in Turkey were previously relocated.

“Let’s not forget, Zeynel Bey’s grave, [a] Mosque, [a] Minaret and other historical buildings have been moved to Hasankeyf,” he stressed.

What Alp is referring to here is an old Turkish village called Hasankeyf that was flooded by a reservoir created by the construction of the Ilisu dam and hydroelectric power plant in 2020 on the Tigris River.

Before the dam was built and the area flooded, a handful of large and historically significant structures, also dating from the Neolithic period, were removed from Hasankeyf and moved to other locations. This pleased archaeologists and preservationists, but offered little comfort to the villagers, who were forced to leave their homes forever. 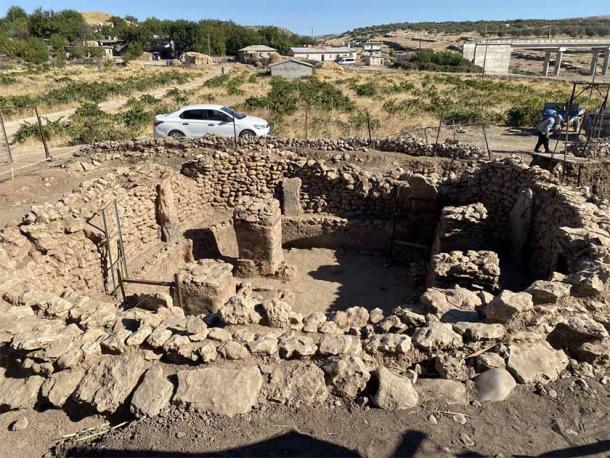 This part of the Gre Filla site will also be moved to a safer location and you can imagine the work that entails! ( Arkeon news)

The Gre Filla or Göbeklitepe Neolithic Site of Diyarbakır

Gre Filla is a mound of earth in Ambar Village in Kocaköy City, Diyarbakir. Due to its impressive size and precise design features, Gre Filla and its carefully aligned rock structures have been dubbed the “Göbeklitepe of Diyarbakır”, making an explicit comparison with Turkey’s most famous and most visited ancient monumental site.

Archaeologists have been digging feverishly inside and under the mound for the past four years, desperate to uncover as much of it as possible before time runs out. The excavations of Gre Filla were sponsored by the Diyarbakir Museum Directorate under the supervision of archeology professor Ayşe Tuba Ökse from Kocaeli University.

To date, Ökse and her team have unearthed and cataloged 2,687 artifacts, all of which can be traced back to pre-Pottery settlements.

“Grinding stones, whetstones, stone axes, cutting and piercing tools, earthen and stone figures, glass artifacts were found in abundance. 1,023 of these artifacts were delivered to the museum for exhibition, while 1,664 will be used for publications and final theses,” Ökse told Anadolu Agency news service.

Excavations on the north side of the hill have evidence of a settlement dating back to 10,000 BC. B.C., which is the oldest settlement found so far.

Given the urgency of these excavations, a large contingent of academics and scientists were involved in this archaeological rescue project. Archaeologists, anthropologists, art historians and experts in the preservation of artifacts have all participated with the aim of removing as many artifacts as possible and delivering them to the Diyarbakir Museum before the Gre Filla site becomes inaccessible. Even if efforts to move the ruins along with the Gre Filla artifacts prove successful, excavation team members know they must maintain the rapid pace of ongoing excavation to ensure that no artifacts remain hidden after the dam project and ruins being left behind begins.

While much analysis remains to be done, the artifacts and stone structures that archaeologists have uncovered so far have revealed many fascinating details about the culture and spiritual practices of the area’s Neolithic inhabitants.

“We can say that a certain level of ritual behavior was shown here,” said Professor Ökse. “We can define it as areas of common use where a belief and a social life coexist. We don’t want to call them temples directly, so we don’t have enough data. These are also known as special structures, just like in Gobeklitepe.”

Luckily, the Turkish archeological community will have plenty of time and opportunity to further study the highly interesting settlement remains found at Gre Filla. As long as the removal of the stone monuments is managed carefully, nothing important should be lost when they are moved to another area. Diyarbakır’s Göbeklitepe will live on, in a place safe and secure from the rising tide of “progress”.

Image above: A section of the Gre Filla Neolithic site in Turkey. The site’s temple mound is to be relocated before the area is flooded. Source: Arkofili