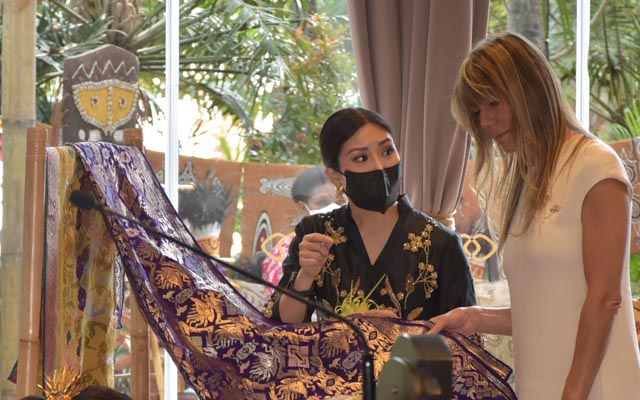 The G20 summit contributed to Bali’s economic growth in the third quarter of 2022 and provided a multiplier effect on the tourism industry at all levels.

At a media briefing, Sandiaga Uno, Minister of the Ministry of Tourism and Creative Economy, said that Bali’s economy experienced a significant growth of up to eight percent year-on-year in 3Q2022 compared to three percent in advance.

He added that the holding of the G20 summit in Bali provided a strong impetus to the recovery of Indonesia’s tourism sector – the number of national and international travelers to the summit activities and meetings reached 20,559 people, and the arrival to Bali now have an average of 24,009 daily hits. .

Direct spending stood at US$575 million, which he attributed to F&B, attractions, ground transportation, telecommunications, shopping, accommodation and flights. Other organizer expenses include PCOs, venues, vendors and government, as well as reception and marketing.

Indonesian Hotel and Restaurant Association (IHRA) reported that occupancy was only about 20 percent last year – it has now reached almost 70 percent. About 80 percent of the staff shortage due to the pandemic layoffs has also been filled.

Sandiaga said: “We project that the hotel occupancy rate in Bali will remain high, especially during the Christmas and New Year holidays.”

The minister is optimistic that the income from the tourism and creative economy sector can reach the goal of 1.7 billion US dollars this year, not only from the contribution of the G20 summit, but also various other international events in Indonesia this year.

According to the G20 website, the G20 summit is projected to contribute up to 7.4 trillion rupiah (US$533 million) in GDP (gross domestic product), including an increase in domestic consumption of up to 1.7 trillion rupiah.

Sandiaga commented that the event was a promotion to “achieve the goal of 3.6 million international tourist arrivals with a total exchange of US$ 1.7 billion”.

“G20 has had the maximum and direct impact on society, such as increasing foreign tourists from 1.8 million to 3.6 million and also (creating) 600,000 to 700,700 new jobs supported by good performance in culinary, fashion – and craft sector”, noted Nyoman Shuida, expert staff for utilization of maritime resources in the Coordinating Ministry for Human Development and Culture.

The summit was attended by 17 heads of state, three foreign ministers, nine invited countries and 10 international organizations. Data from the G20 website shows that the summit events absorbed a budget of 674 billion rupiah and reaped a return on investment of up to 552,000 billion rupiah for the country.