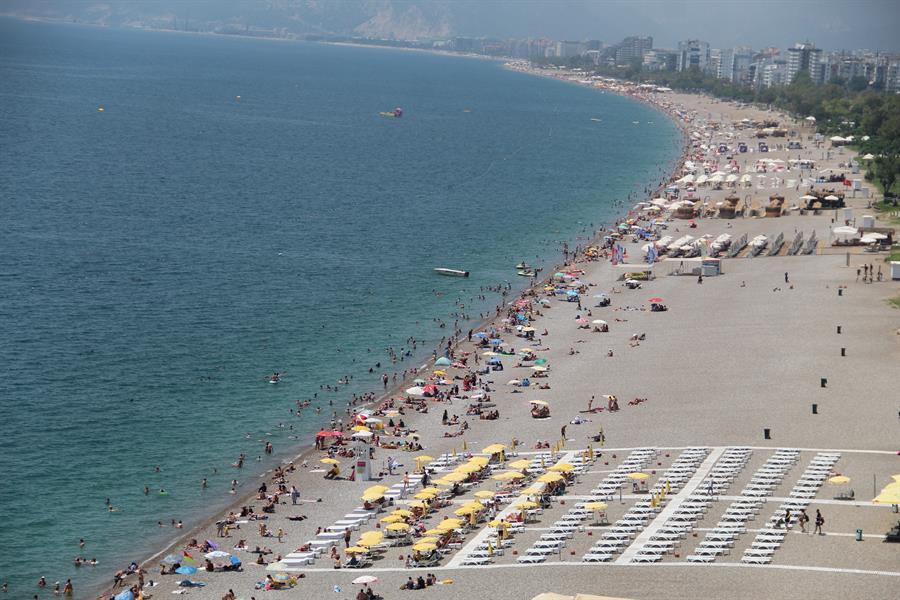 Domestic tourism spending rose 84 percent, while the number of travelers grew 9.5 percent year-on-year in the second quarter of 2022, according to data from the Turkish Institute of Statistics (TÜİK).

In the first quarter, domestic tourism spending was 12.2 billion lire, up 100 percent from the same period in 2021.

Individual tourism spending increased by 97.7 percent year-on-year in the second quarter of 2022.

37 percent of all spending was on transport, 26.8 percent on food and drink and 10.4 percent on overnight stays.

Package tour spending was the second largest item at 8.2 percent, and pre-trip spending accounted for 0.9 percent of all spending.

Also Read :  Calculating Your Vacation’s Carbon Footprint, One Travel Mode at a Time

The number of overnight stays, which rose 8.9 percent in the previous quarter, fell 17 percent year-on-year to 74.2 million, the data showed.

The average number of overnight stays was 6.5 after an average of 7.7 in the previous quarter and 8.4 in the second quarter of the previous year.

The main purpose of travel for travelers in the second quarter was visiting relatives with a share of 63.6 percent, followed by travel, leisure and vacation with 26.7 percent and health trips with 3.4 percent.

The proportion of business appointments and conference trips was 1.1 percent.

Also Read :  Travel news: World's most spectacular airport about to double in size

According to TÜİK data, around 76 percent of these travelers stayed with relatives or friends, while 8 percent stayed in hotels and 8.4 percent in their own homes.