Nestled beneath the winding streets of Istanbul just 149 meters from Hagia Sophia lies an ancient cistern that may have been the final resting place of Medusa! The Basilica Cistern, also known as the Yerebatan Cistern, is the largest of several hundred ancient cisterns that lie beneath the city of Istanbul and are designed to collect and retain rainwater. It is one of the most famous and impressive cisterns not only in Turkey but all over the world. But could it really contain the sarcophagus of the Greek monster Medusa? 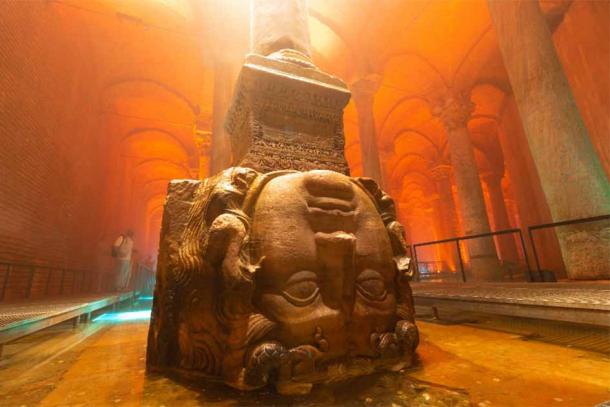 Did these two giant marble heads guard Medusa’s sarcophagus? Was it really stolen by an Ottoman Emperor? There are more questions than answers at this popular tourist attraction in Istanbul. (senerdagasan / Adobe Stock)

The Origins of the Basilica Cistern

The Basilica Cistern was built in the 6th century BC. Built during the reign of the Byzantine Emperor Justinian I. At that time the city was called Constantinople and was part of the Eastern Roman Empire. The cistern got its name from the Basilica Stoa or Basilica Illus that once stood above it. The Stoic Basilica was a large public square located on the first hill of Constantinople. This basilica stood between the 3rd and 4th centuries during the early Roman period and was used as a commercial, legal and artistic center. A reconstruction was commissioned by Roman general Flavius ​​Illus after a fire in AD 476.

The original basilica was built during the reign of Constantine I (reigned AD 306-337) but was rebuilt on the orders of Justinian I after the Nika riots of AD 532 that left the city in ruins left behind. The basilica was rebuilt bigger and better, including the cistern. According to historical sources, the construction of this huge cistern was completed by 7,000 slaves and provided a water filtration system for the Great Palace of Constantinople.

The cistern is rectangular in shape and measures approximately 138 by 65 meters (453 by 213 feet). This gave it a storage capacity of 100,000 tons. The ceiling is supported by 12 rows of 28 marble columns each, making a total of 336 columns. Each pillar is 9 meters (29.5 ft) high and spaced 4.8 meters (15.7 ft). The heads of these columns are made in different styles. Ninety-eight of them are in the Corinthian style while the rest are in the Doric style. However, there are two pillars in particular, shaped like giant Gorgon Medusa heads, that have piqued the interest of those with more imaginative brains. 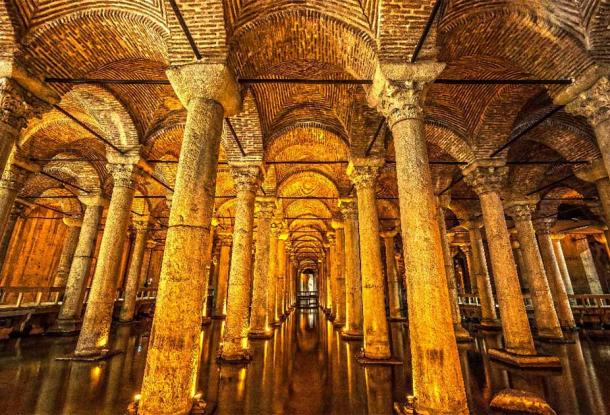 Two huge Medusa heads are located on two pillars at the north-west end of the cistern, which is why many rumors surrounding the cistern have surfaced. Much of the material used to rebuild the cistern was brought from elsewhere after the Nika riots in AD 532. Archaeologists have been able to determine where much of the material came from, but in the case of the Medusa heads they could not. However, some have speculated that they were used as pier supports during the construction of the cistern and were not added at a later date. It is also worth noting that a similar head, now in the Archaeological Museums of Istanbul, was found in the Forum of Constantine, suggesting that these heads may have come from the same place. 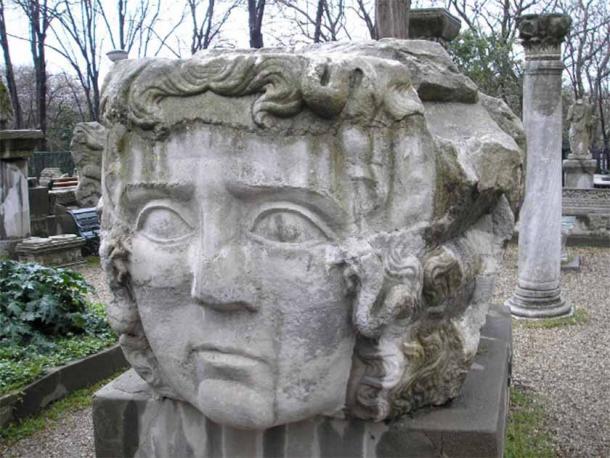 Found at Çemberlitaş in Turkey, this huge capstone may have belonged to a large arch in the Forum of Constantine. It matches the Medusa pillar supports on the Basilica Cistern, the alleged location of the Medusa sarcophagus. (Gryffindor / CC BY SA 4.0 )

While researching the Medusa heads, a document was found that sparked fantastic ideas in the minds of researchers. The document was the diary of Sultan Abdul Hamid II who ruled the Ottoman Empire from 1876 to 1909 and it tells a very interesting story. According to this document, in 1456 a delegation from Venice was sent to meet with Fatih Sultan Mehmet. They demanded to meet with the Sultan, but he chose to send the Grand Vizier to meet with them in his stead. The delegation informed the vizier of a treasure in the basilica’s cistern, but refused to reveal the location of this treasure to anyone but the Sultan.

Upon being informed of this information, the Sultan was intrigued and agreed to meet with a member of the delegation. At this meeting, the chosen members told the Sultan that the treasure in the cistern was not a material thing, but a corpse. It is unclear where Sultan Abdul Hamid II learned the information he wrote in his diary, but he was very interested in the potential Medusa sarcophagus.

Also Read :  Covid vaccination entry rules for holiday destinations including Spain, Turkey and Portugal you can fly to from Newcastle Airport 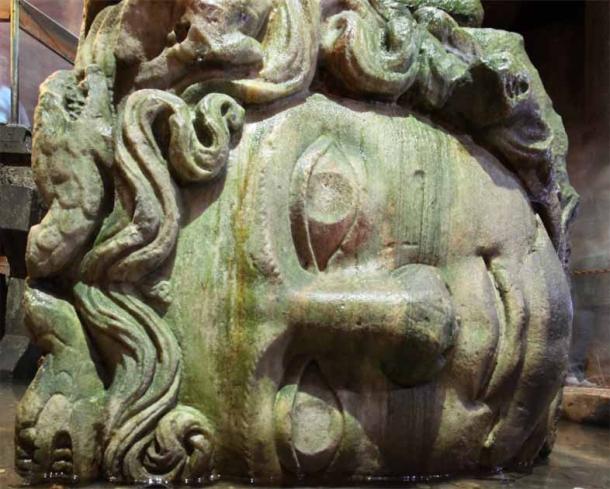 A closeup of one of the two giant Medusa heads in the Basilica Cistern beneath modern Istanbul. According to rumors, the sarcophagus of Medusa should be located here (Matthias sweeten / CC BY 3.0 )

The removal of the Medusa sarcophagus

Sultan Abdul Hamid II asked for research into the matter and decided to have the sarcophagus removed after receiving the results. The sarcophagus was supposedly found in one of the corridors of the Basilica Cistern. According to legend, opening the sarcophagus revealed the mummy of a fearsome creature. It had a human head, but its entire body was curved like a giant snake. 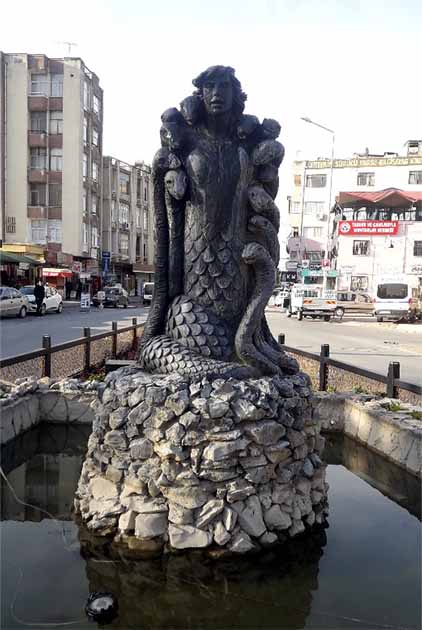 Today, the cistern is one of the most popular tourist attractions in the city of Istanbul, although it was closed for 4 years between 2017 and 2021 for extensive restoration work. This was done to widen the narrow entry and exit areas and reduce the long lines of tourists waiting to enter. The cistern has even been featured in popular media such as the James Bond film From Russia with Love and the 2011 video game Assassin’s Creed: Revelations.