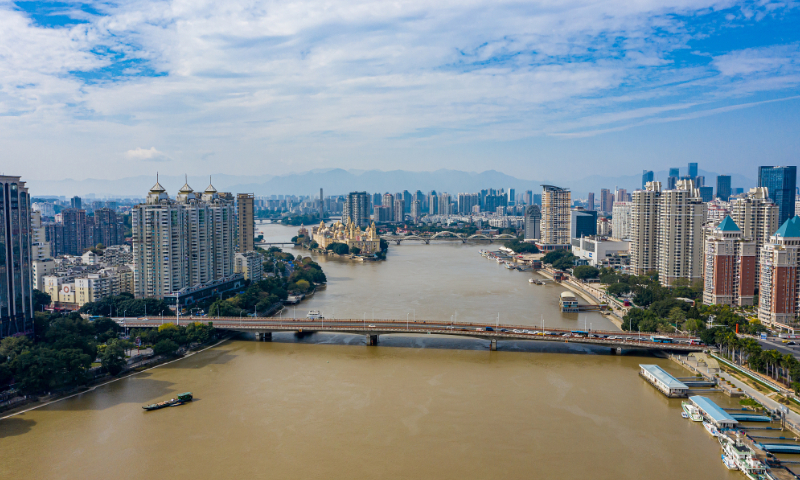 China’s State Council, the Cabinet, has approved plans to establish China-Indonesia and China-Philippines demonstration parks for economic and trade innovation and development in East China’s Fujian Province, according to the website of the central government on Thursday, as the relations between China and China. the regional countries are getting stronger.

Steady progress in the demonstration parks is expected to drive rapid growth in two-way trade and investment, experts said.

The State Council asked to speed up the establishment of a new development pattern, and to coordinate development and security, to benchmark high-standard international economic and trade rules, in a bid for economic and trade cooperation between China and Indonesia as well as the Philippines to deepen, and promote efficient and synergistic industrial development.

The local government is required to effectively promote the construction and development of demonstration parks. The authorities should develop and improve the specific implementation plan as soon as possible, the documents said.

Meanwhile, the relevant departments of the State Council should strengthen the leadership and services to support the construction and development of the demonstration parks. The Ministry of Commerce should cooperate with relevant departments to strengthen overall coordination, follow-up evaluation and supervision and inspection. Major issues should be reported to the State Council as early as possible.

The demonstration parks will serve as other highly anticipated signature projects between China and regional countries, following the launch of the Jakarta-Bandung High-Speed ​​​​​​​​​Railway in Indonesia and the Binondo-Intramuros Bridge in the Philippines – both of which are heavily China-funded and developed projects, experts said.

The official approval of the construction of the parks manifests the relations between the neighboring countries becoming stronger and closer, driven by the high-level meetings and interactions that built the strong consensus to deepen cooperation, according to experts.

Indonesia-China relations have shown a satisfactory improvement, especially after both agreed to form a comprehensive strategic partnership in 2013 and succeeded in synergizing Indonesia’s Global Maritime Fulcrum (GMF) and the BRI in 2018.

In 2022, China-Indonesian relations witnessed a particularly rapid growth, highlighted by the historic meeting of the two heads of state at the G20 summit in Bali in November.

The strong political ties bore fruit, exemplified by the Jakarta-Bandung High-Speed ​​​​​​​​​Railway, the first of its kind in Indonesia, which enables the people of the country to enjoy faster traffic while reducing travel hours between the two places are shortened from three. Hours to 40 minutes.

China’s cooperation with the Philippines has also grown to a historic level. Among all the fruitful partnerships, infrastructure cooperation has been a highlight of bilateral relations in the past six years, with 17 projects already completed and more than 20 projects implemented or underway, Chinese Ambassador to the Philippines Huang Xilian said in an interview with the Global Times in September.