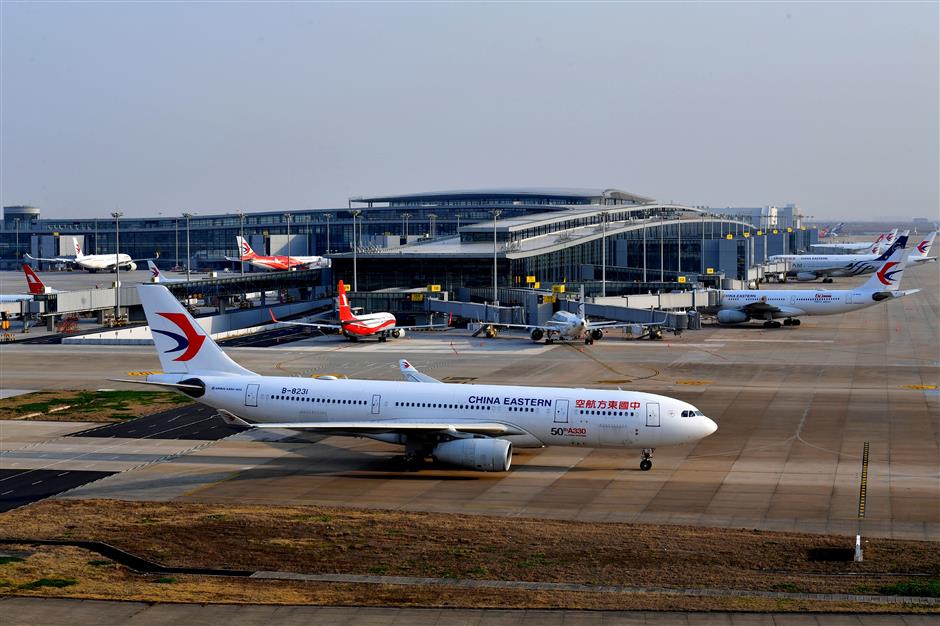 The State Council, or China cabinet, has called for an “orderly increase in the number of domestic and international flights while taking convenience measures for foreign company employees’ travel.”

Xu told the CAAC’s monthly press conference that regular international passenger flights will resume smoothly to meet demand from overseas Chinese students and other personnel who need to return to or leave China.

The country’s top three airlines — China Eastern, China Southern and Air China — along with some other domestic carriers, have released their flight adjustment plans for the upcoming winter-spring aviation season from Oct. 30, with more international routes being restored, added or newly established are to be opened.

Many of the routes have been suspended due to travel restrictions since the outbreak of COVID-19 in early 2020. 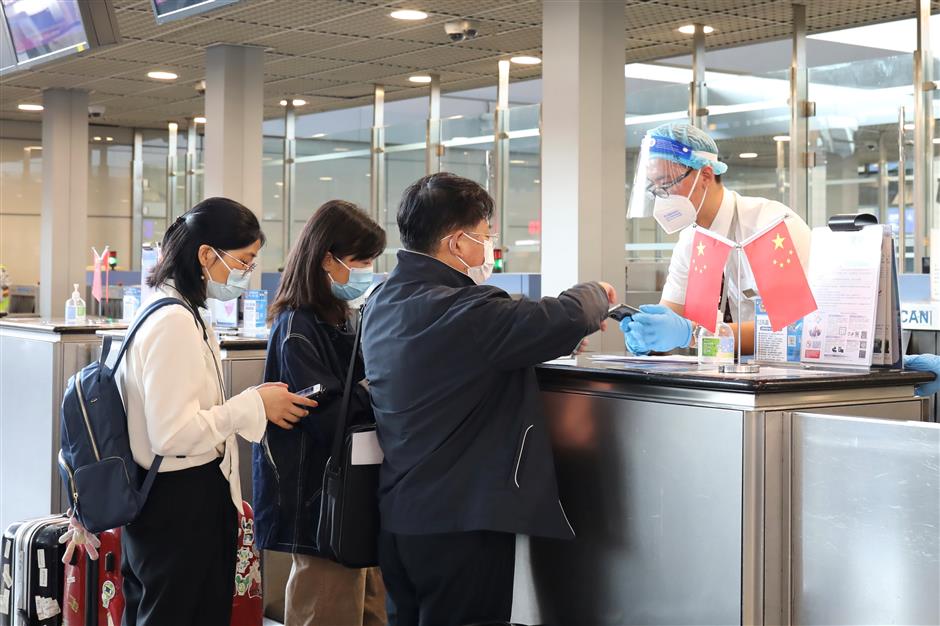 Passengers check in for an overseas trip at an airline counter in Pudong Airport.

Guangzhou-based China Southern plans to restore or increase flight frequency between Guangzhou and Jakarta, Tokyo, Dubai, Manila, Bangkok and Phnom Penh. The number of international flights will increase from the current 71 to 86 in the new flight season.

With the increasing number of international flights, ticket prices are greatly reduced.

“I spent 30,000 yuan to buy a direct flight ticket from London’s Heathrow Airport to Shanghai’s Pudong Airport in August, but I still felt pretty lucky to be able to buy the flight ticket and fly home,” said Xue Yuqi, a Chinese student who is studying in London .

A London-Shanghai China Eastern ticket sold for over 90,000 yuan in July despite the transfer-transit process, compared with about 10,000 yuan for the direct service between the two countries, which resumed in late August.

International airlines have also received the nod to gradually resume or increase flights to mainland China. 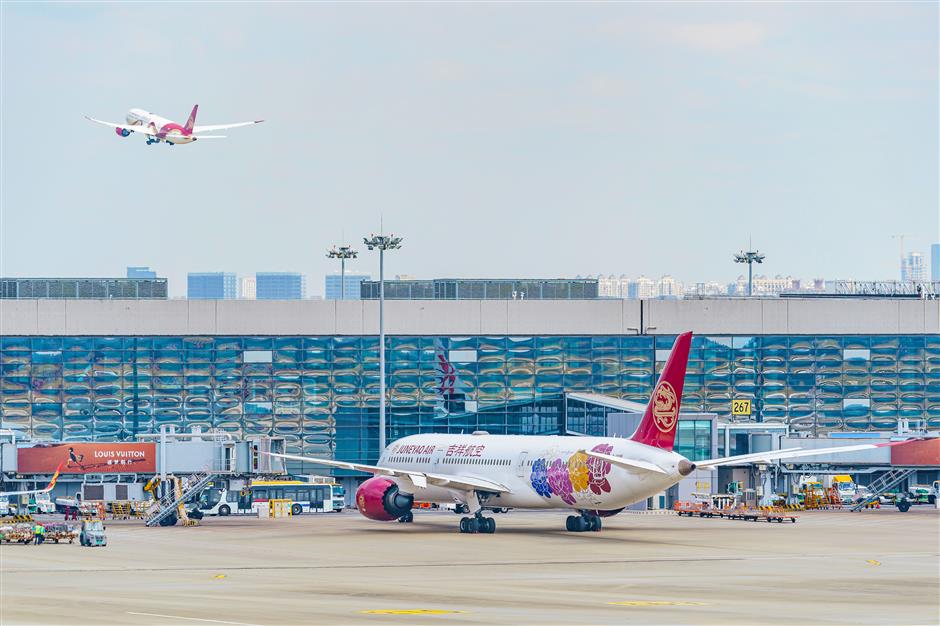 Also Read :  Hermès Revenue Up to $3.03 Billion in Q3 Due to Global Growth

Etihad Airways flight EY868 ​​from Abu Dhabi to Guangzhou landed at Baiyun International Airport on October 11, marking the airline’s first restored flight to mainland China since the COVID-19 outbreak. It plans to further restore its regular connections to Shanghai, Beijing and Guangzhou.

Low-cost airline Scoot Airways has resumed flights from Singapore to seven cities in mainland China, including Tianjin in the north and Chengdu in the southwestern province of Sichuan.

About 35 international flights with over 10,000 seats were operated daily in mainland China in September, up a quarter from the previous month, according to flight data provider Flight Master.

Another aviation data analyst, VariFlight, said the number of international flights in mainland China more than doubled in early October compared to June.

International travel volume has reached 67.4 percent of the August 2019 level before the COVID-19 pandemic, according to IATA.

China cut the quarantine time for inbound travelers by half in the updated COVID-19 control protocol released in June.

They will now be monitored for seven days in central quarantine and three days at home, instead of 14 and seven days respectively. 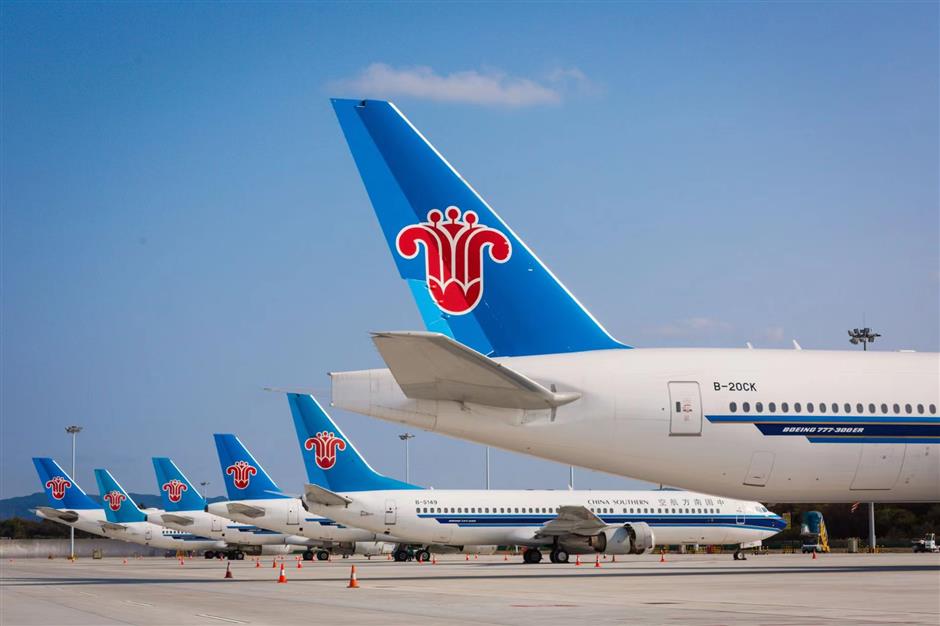 “There is a need to relax the quarantine period for inbound travelers related to COVID-19 prevention and control,” said Qi Qi, associate professor of Guangzhou Civil Aviation College.

“However, losses will outweigh gains as international flights are blindly restored and large numbers of COVID-19 cases are imported,” he warned.

As a major international aviation hub of China, Shanghai has reported more than 400 imported cases at Pudong International Airport since Oct. 1, according to the city’s Health Commission.

On Tuesday, the city reported 28 imported cases, mostly from the United States, the United Kingdom, Malaysia and South Korea.

The number of international flights to China has been severely reduced since March 2020, when the CAAC allowed one airline from each country to operate one route and one flight each week to stem the spread of the coronavirus.

In June 2020, the government also rolled out its international passenger flight suspension mechanism, which had been relaxed since August.

Under the “optimized rule,” if imported COVID-19 cases on board reach five or four percent of the total number of passengers, an arriving international flight will be suspended for a week instead of the current two.

The flight will be suspended for two weeks if the number of imported infections reaches 8 percent of travelers on board.

“The adjustment aims to balance COVID-19 prevention and economic and social development, as well as promote cross-border exchanges and cooperation,” the CAAC said. 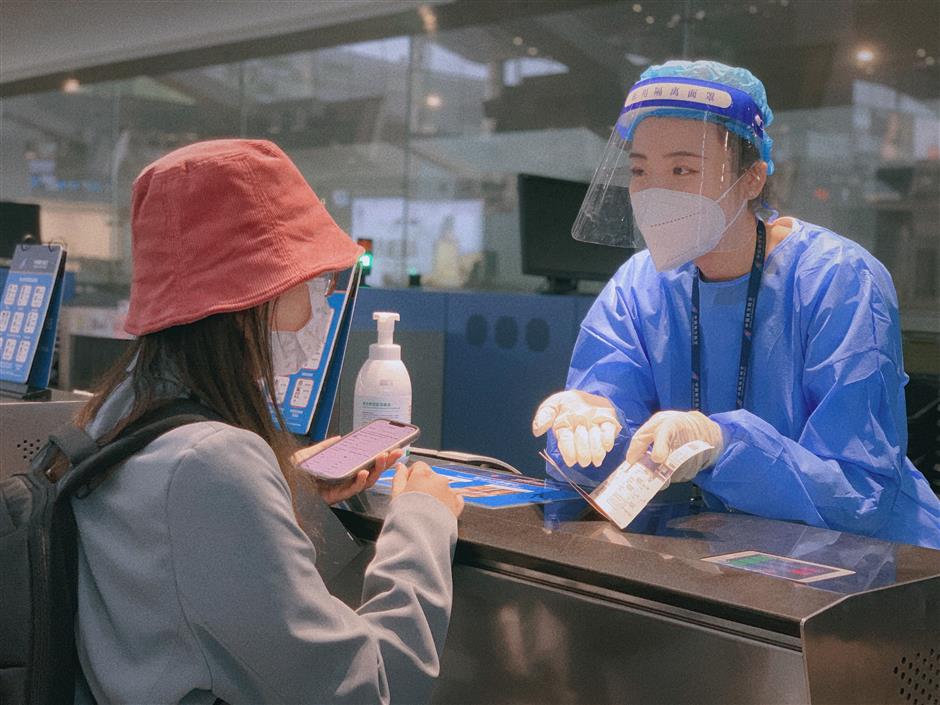 A traveler checks in with her passport at Baiyun Airport in Guangzhou.