Demands are mounting for airlines to guarantee compensation for travelers whose flights are canceled or delayed.

Australian airports have been in chaos for months, with far more passengers than usual saying their flights have been postponed or canceled altogether.

Staff shortages, the Covid pandemic, technical issues and the weather have all been blamed for disrupting many Australians’ travel plans.

Individual airlines decide what compensation will be given to those whose flight was disrupted and whether they are entitled to meal and accommodation vouchers.

But consumer advocates argued that Australia should pass legislation that applies to all airlines in Europe and the UK. 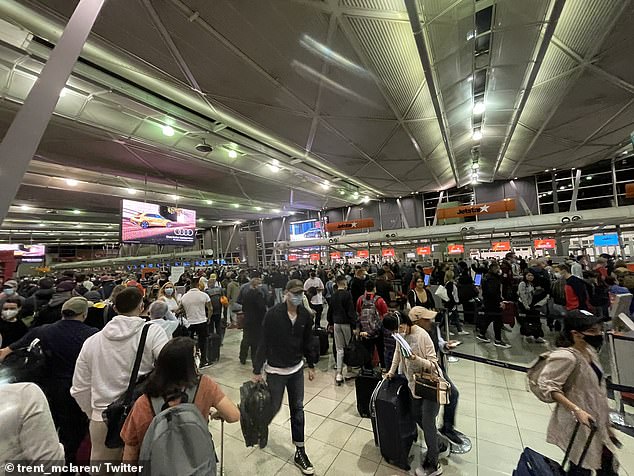 Australian airports have descended into chaos recently as many passengers were told their flights had been postponed or canceled altogether (pictured is a crowd at Sydney Airport).

“We’re really falling behind countries like the UK, the EU, even New Zealand or even countries like Indonesia where we’ve seen that there is a level of redress in Australian consumer law that we just don’t have.”

Qantas provides meal vouchers to passengers whose flight was delayed by at least two hours.

Passengers waiting overnight will receive a $30 meal credit per person and $200 accommodation credit per room. 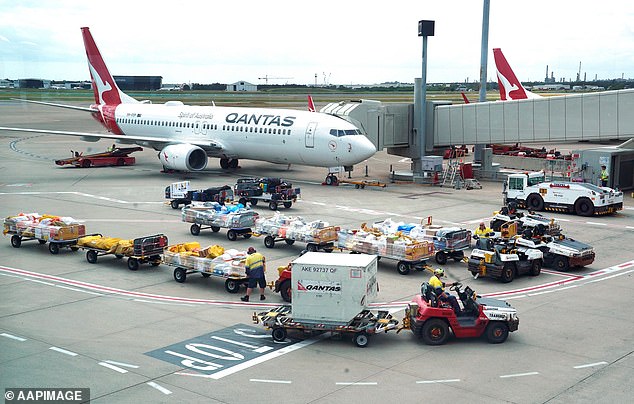 Those with a flight delay of more than 12 hours will receive a $50 meal credit per person and $200 lodging credit per room.

These apply to situations where the airline is at fault.

Jetstar offers meal vouchers for flights that are delayed by at least three hours.

For overnight delays, passengers will each receive a $30 meal credit and $150 for accommodation per room.

Flight delay credit of at least three hours is also offered to those unable to travel.

Qantas and Jetstar both offer credits and refunds for a variety of reasons, including for those whose flights were delayed and could not be rebooked onto another acceptable to them, or when the delay forced a passenger to cancel their trip.

Virgin Australia offers meal vouchers for passengers whose flight was delayed by two hours or more.

Passengers who have to wait overnight for their rescheduled flight can get up to $220 per hotel room.

Meal vouchers worth up to $50 per person are also available.

The European Union system provides a fixed amount of compensation for passengers who are delayed by three hours. 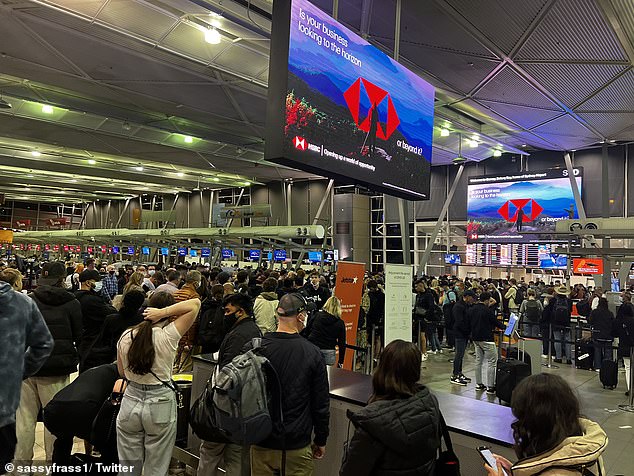 It comes as Qantas warns the airline will be “tested” in the coming weeks as school holidays, long weekends and football finals prompt many to book a holiday (pictured are swarms of passengers at Sydney Airport).

Travelers also get free food and beverages in case of delays, accommodation and two phone calls or emails. Passengers are also entitled to a refund.

Mr Bird also pointed out that overseas flight refunds were returned within a week, but in Australia many passengers waited eight weeks to receive theirs.

Qantas warned it would be “tested” in the coming weeks as school holidays, long weekends and football finals mean lots of holiday bookings.

“Customers are encouraged to arrive at the airport at least 90 minutes before the scheduled departure time for domestic flights and three hours in advance for international flights,” the airline said.

The airline said its operating performance has improved to pre-Covid levels after being heavily criticized for poor service.

Flight punctuality improved from 52 percent in July to 71 percent in August, according to your airline’s data.

Cancellations fell to two percent from 7.5 percent in June.

Mishandled bags totaled six per 1,000 passengers and five per 1,000 domestically – which is at pre-Covid levels, the airline added.

The airline said it understands how frustrating flight delays and cancellations “which were unacceptable post-Covid but temporarily high” are for travelers and it has a number of options available for affected travelers.

A Couple Did Their Engagement Shoot at Olive Garden, and the Pictures Landed Them an Italian Honeymoon

Shared and electric: Transportation in cities of future