Luis Torelli was at the lowest point in his life when he decided to overcome his depression two years ago.

The 38-year-old Brazilian native lost his grandmother to natural causes in February 2020 and the absence of the woman who had raised him since childhood grew on him as he lapsed into bad drinking habits.

The best way, Torelli figured, to regain control of himself was to fill up the gas in the 2002 Fiat Uno he’d bought from his ex-mother-in-law and drive off. He spent January 2021 driving across Brazil and regained a new life.

“It made me get to know myself better, made me see the world and see life more easily,” Torelli told DailyMail.com. 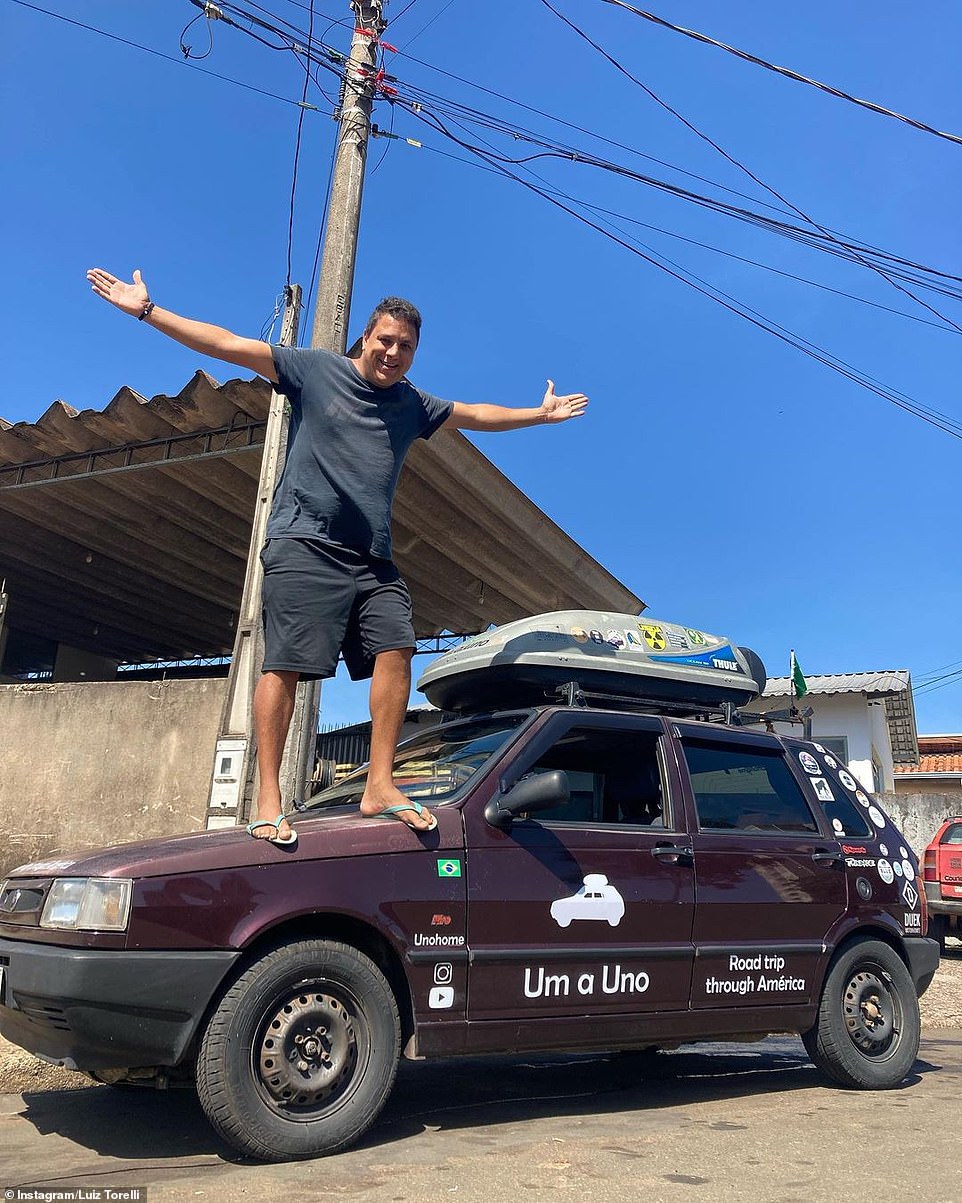 Luiz Torelli told DailyMail.com that he struggled with depression in 2020 following the death of his grandmother. The absence of the person who helped him raise him put him down the path of heavy drinking. But he took control of his life and took up a new hobby: driving across Brazil in his old Fiat. He thought he was dying when he was diagnosed with appendicitis in 2021, and while he lay in the hospital he vowed he would drive to the United States if he survived. He crossed the United States-Mexico border in July and is currently in New York 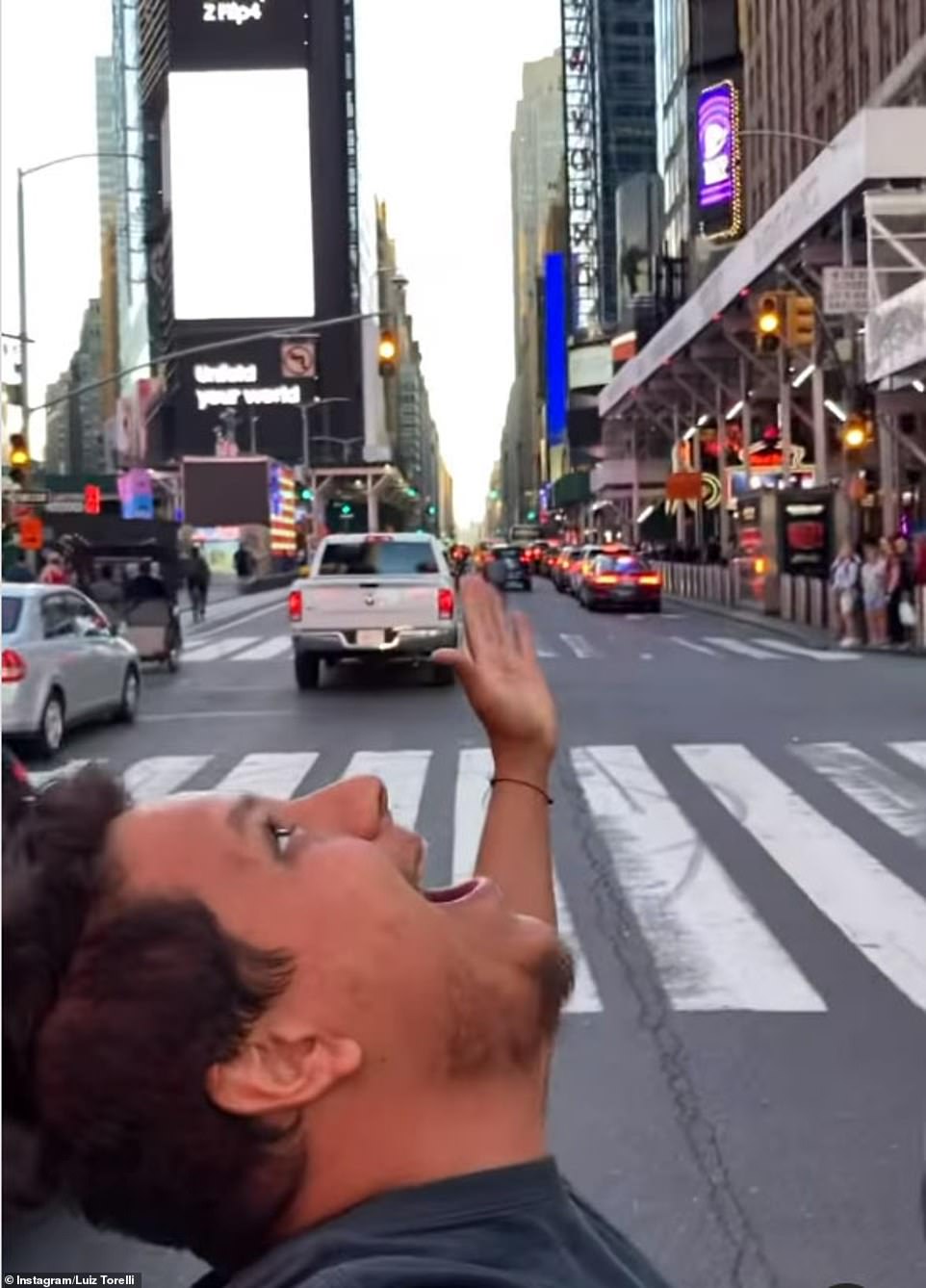 Luiz Torelli has been in the New York City area since late August after driving 5,000 miles from Brazil to the United States. He visited six countries in South America, four in Central America, and then Mexico before crossing the border into Texas

Upon returning home, he invested nearly $10,000 in the car, including the addition of a mini-cooker and refrigerator for future road trips.

However, Torelli once again fought against life’s odds when he was diagnosed with appendicitis and had surgery on July 12, 2021. He spent five days in the hospital thinking he was dying.

“I said to myself that if I got out of this situation, I would drive my car to the United States,” he said.

The man, who had already overcome a depressed state, had made a full recovery and was back on the road, visiting the states of Tocantins and Bahia in preparation for his trip to the United States. 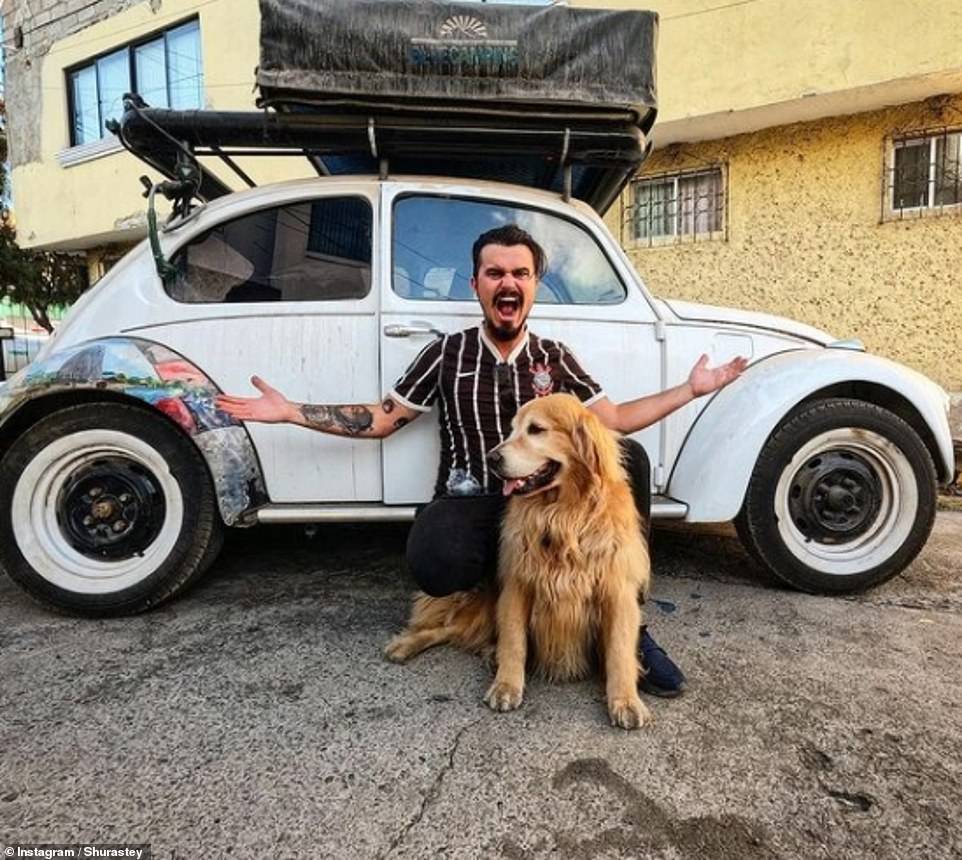 Torelli said he was inspired by the late Brazilian influencer Jesse Koz (pictured), who was driving from Brazil to the United States and was killed with his dog in Oregon on May 23 after driving his 1978 Volkswagen Beetle in a another vehicle had crashed 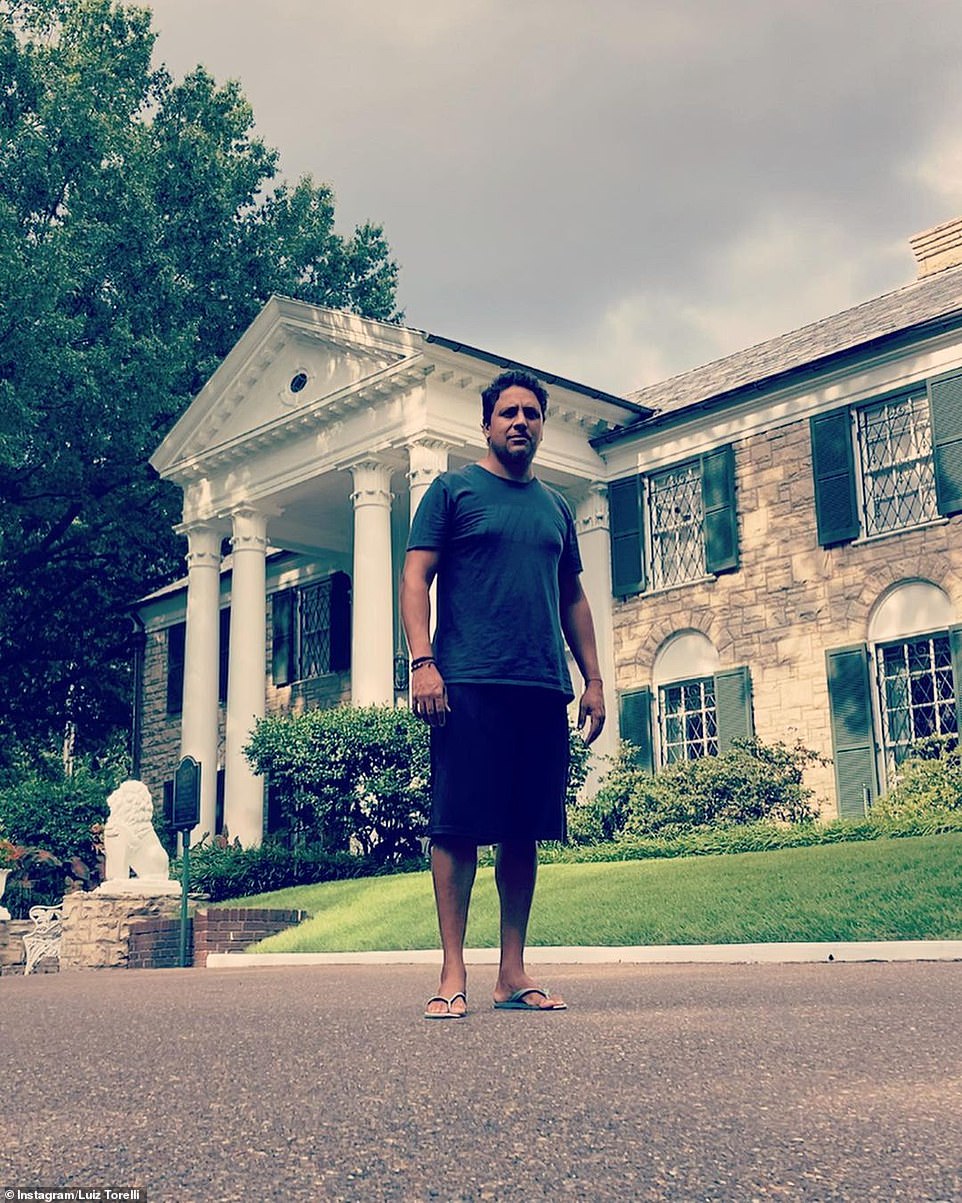 While driving south, Luiz Torelli stopped in Tennessee and visited Graceland, the mansion once owned by Elvis Presley

Torelli accelerated towards the US on March 3, and to motivate himself even more, he followed the social media accounts of the late Brazilian influencer Jesse Koz, whose lifelong dream was to drive from Brazil to Alaska.

But along the way he received the sad news that Koz and his dog had been killed after he was in another car accident in his 1978 Volkswagen Beetle on May 23, just two days before crossing to Canada and Alaska.

“We wanted to meet up in California and drive back to Brazil together,” he said. ‘He said to me in our last conversations: ‘We share the road, we get back together, Sandro (my car) Dodongo (his car) together.’ It was very difficult. I was inspired by him for my project. Her story was beautiful and she changed me. I want to continue his legacy here.” 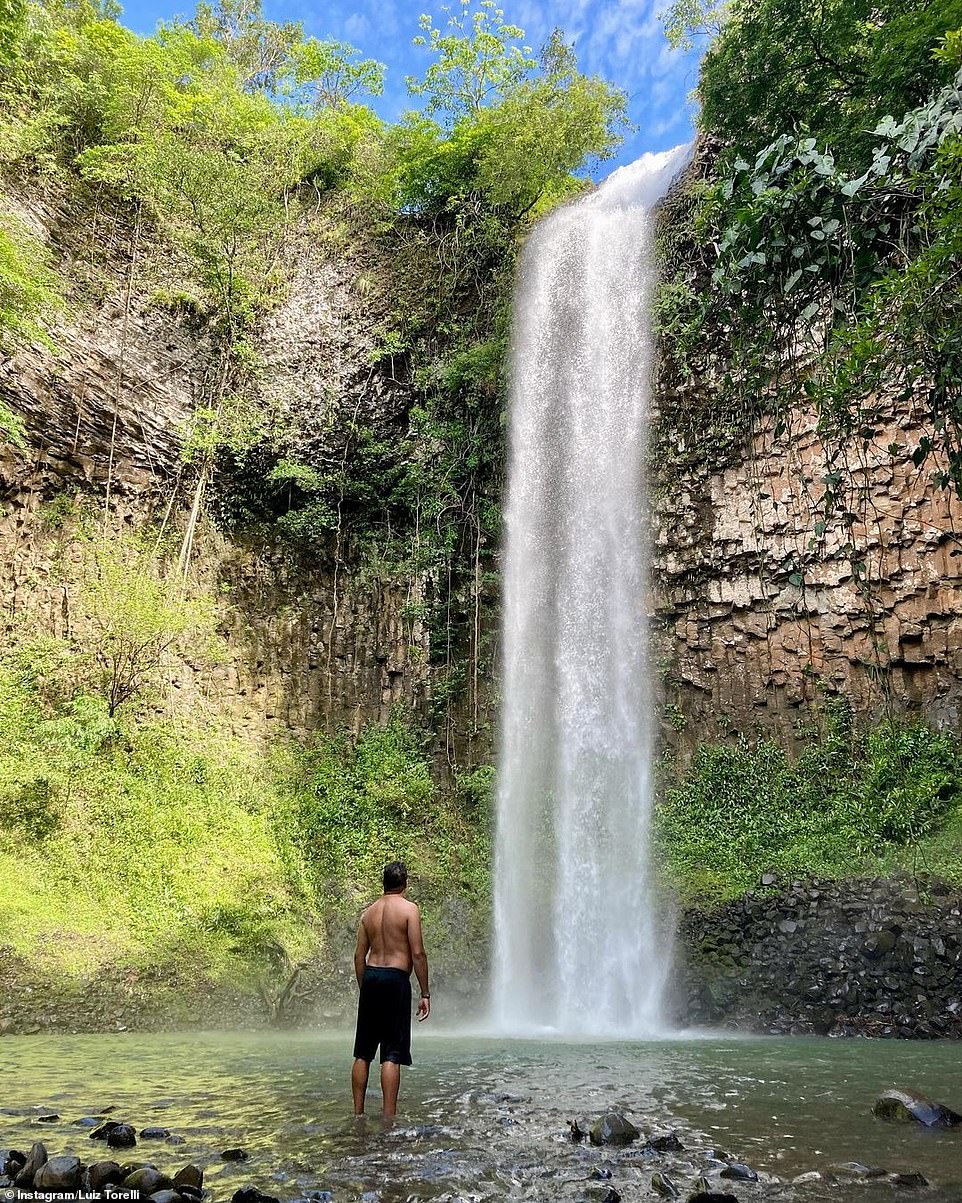 Torelli poses in front of a waterfall in Costa Rica, which he says is his favorite of the 12 countries he visited before reaching the United States. “I met a lot of people there, the country is fantastic,” he told DailyMail.com

Torelli’s route to the United States included visits to six countries in South America, five in Central America and Mexico before crossing the southern US border into Texas on July 7.

“What I liked the most were the people I met along the way. On a trip like this, you will see many amazing places, but it will be the people that will touch you and change you forever,” he said. “The country that made me feel most welcome was Costa Rica. I met a lot of people there, the country is amazing. It has a Caribbean volcano. I lived in a family house there and became a member of the family. I even got a tattoo in her honor.”

He made several stops in Colombia and visited Pablo Escobar’s old estate, the Hacienda Napoles, which now serves as an amusement park and zoo.

“It was interesting because of the grandeur of the place and how much money you can buy,” Torelli said. “But saddened by the stories told in the museum, many people died of greed at the time.”

Least entertaining, he said, was Bolivia because “it was a bit difficult for me because of the altitude and the cities are a bit precarious in terms of infrastructure, but the country is beautiful.” 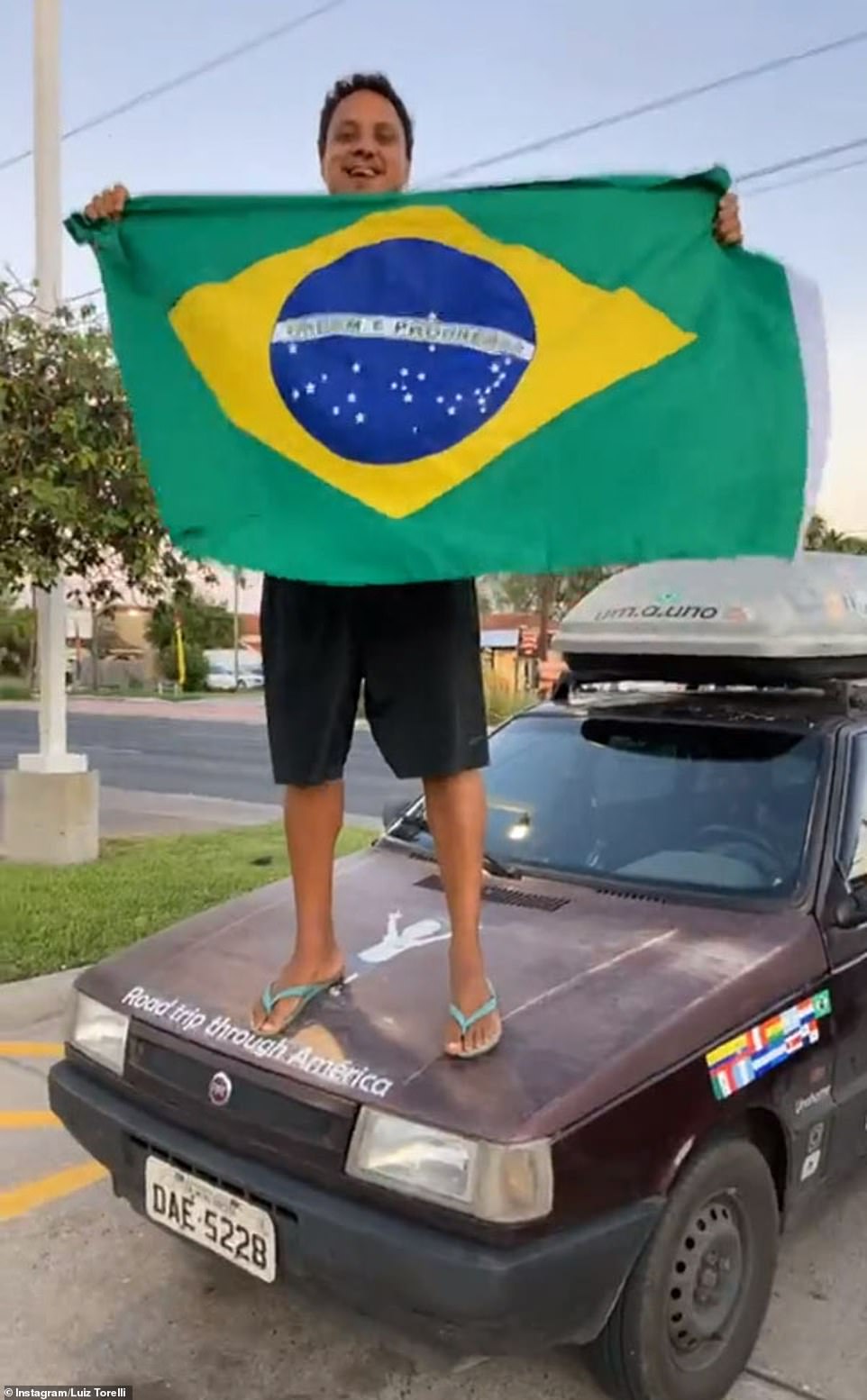 So far his tour of the United States has taken him to Elvis Presley’s Graceland mansion in Memphis and the Cloud Gate, a public sculpture in Chicago, although he would have liked to see the Chicago Bulls in person.

On August 27, he arrived in New York City — a place he’s always wanted to visit — and has stayed in the area ever since. 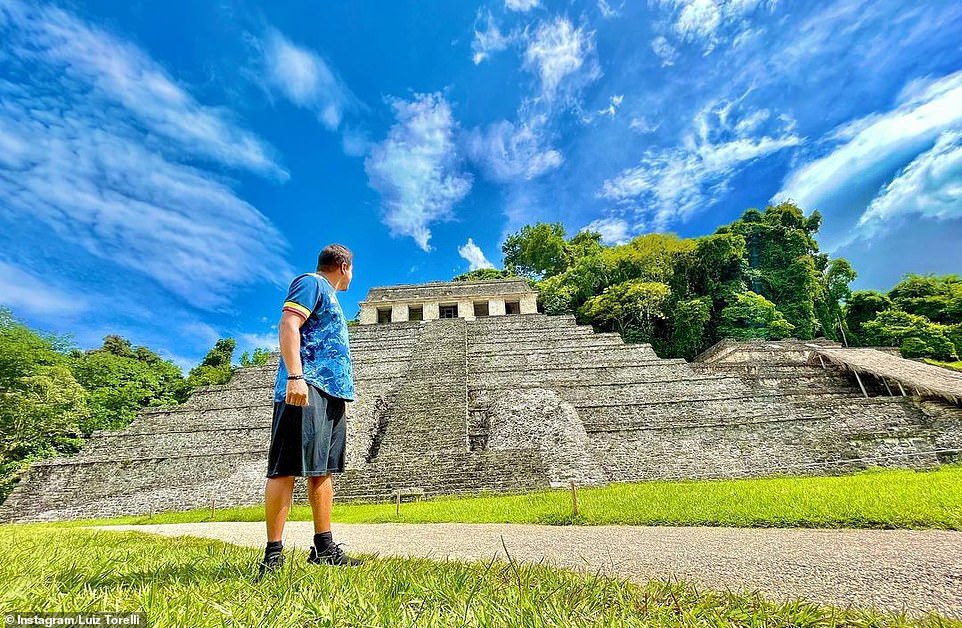 Luiz Torelli visited the Mayan ruins in Palenque, Mexico on June 26 during his trip to the United States 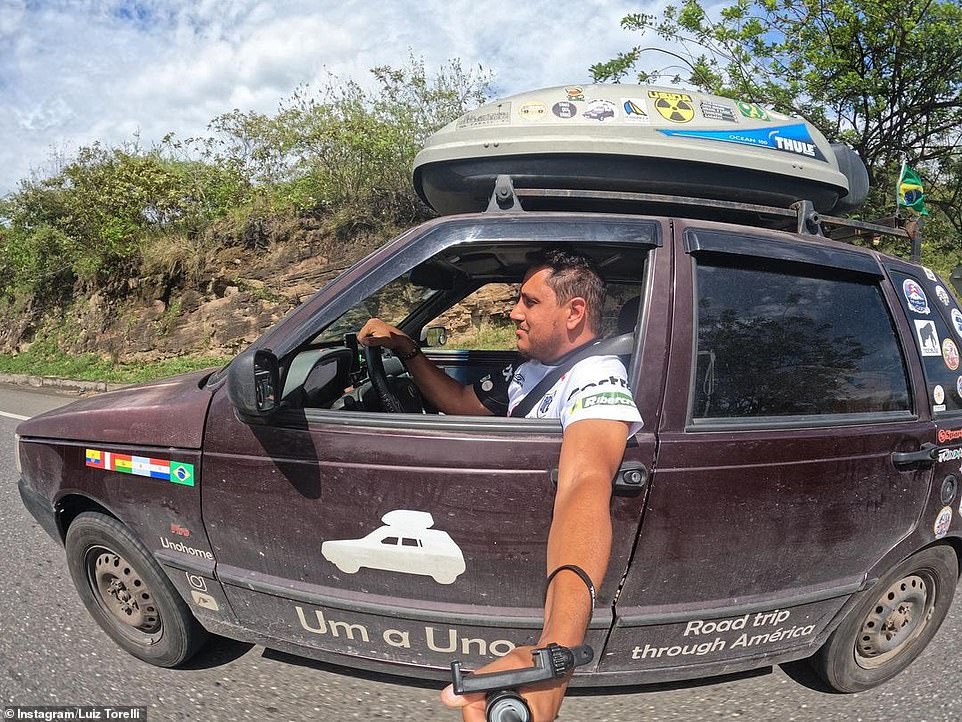 Luiz Torelli put almost $10,000 into his 2002 Fiat Uno, which he bought from his former mother-in-law. The car has helped him travel throughout South America, Central America, Mexico and the United States, where he is currently based 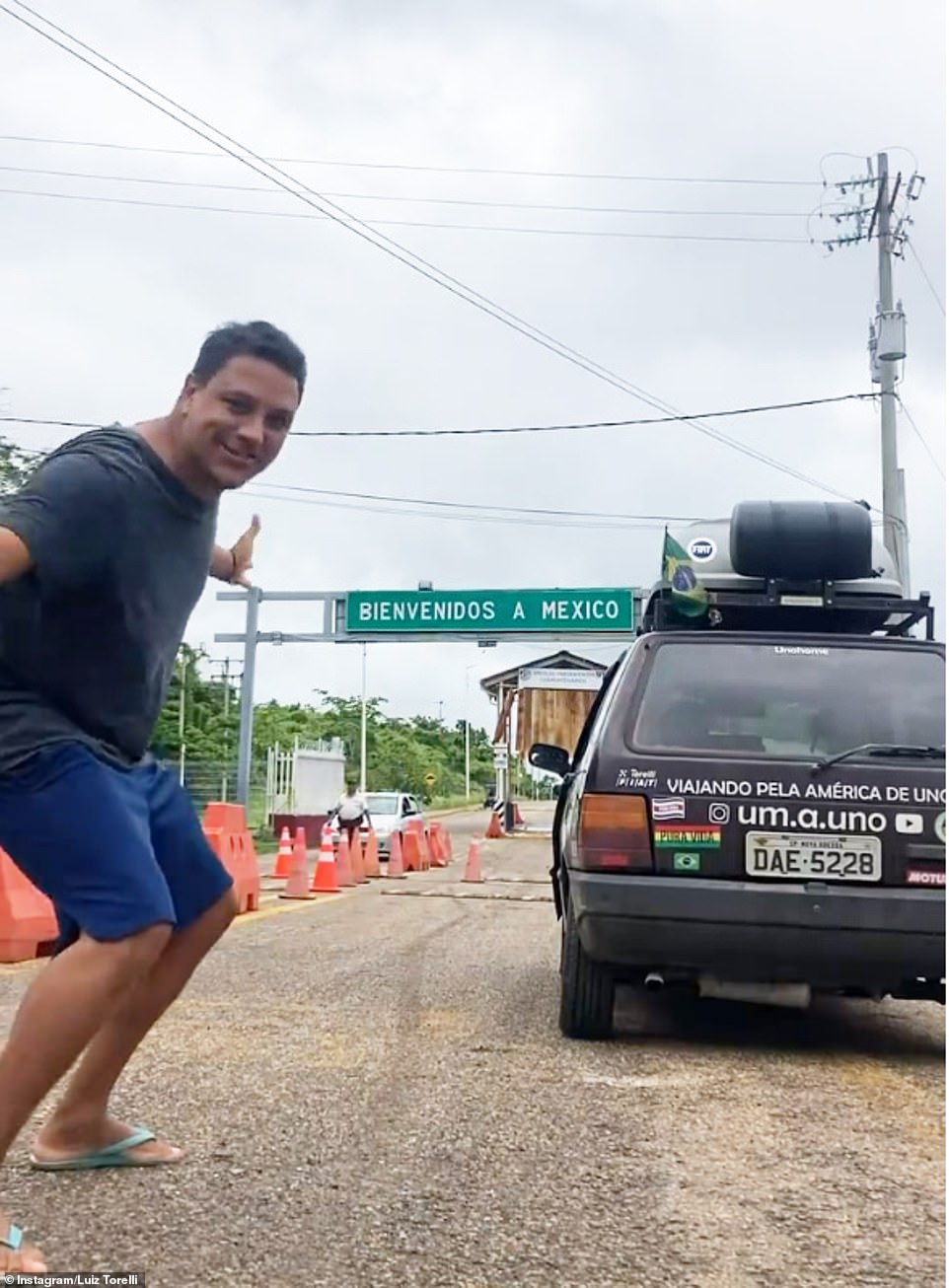 Luiz Torelli poses for a photo in Mexico May 12 after arriving there from Guatemala. The 38-year-old set off from Brazil on March 3 and was able to cross the United States-Mexico border on July 7

His visa only allows him to stay three more months and he will try to tick off his itinerary’s upcoming trips to Boston, Washington, DC, stops in Arizona to see the Grand Canyon and Monument Valley and then San Francisco.

Fulfillment of Koz’s goal of driving to Alaska has been delayed due to weather concerns — his car would not be able to handle the state’s snowfall that threatens over the next two months.

“The incident has empowered me to continue the legacy Jesse left,” Torelli said.