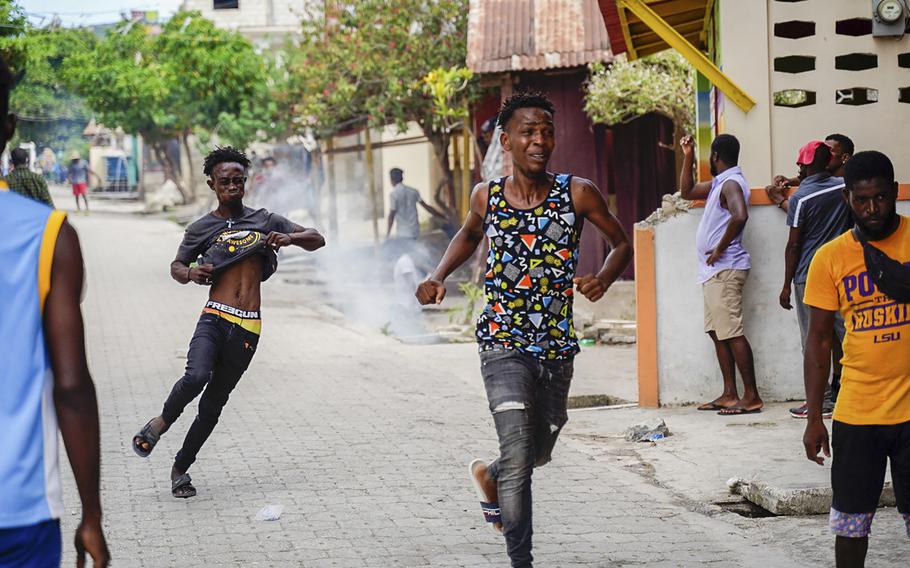 (Tribune News Service) The United States is preparing to circulate a resolution in the United Nations Security Council on Monday that would establish a new framework for sanctioning Haiti’s gang leaders, and is not taking international intervention off the table while the country falls into lawlessness. a senior State Department official told McClatchy.

Assistant Secretary of State for Western Hemisphere Affairs Brian A. Nichols said in an interview that the leaders of gangs fueling Haiti’s worst security crisis in decades — and those who fund and support them, including the sale of firearms — “in the crosshairs and their actions to destabilize Haiti faces international travel and financial sanctions.”

The Biden administration is hoping for a speedy passage of the resolution “in the coming days,” Nichols said.

“The resolution will create a United Nations framework to impose sanctions on gang leaders and those who support, facilitate and fund their activities,” he said. “These sanctions would target their financial resources and their ability to travel.”

The Haitian government has all but lost control of security in the Caribbean nation, and US officials say the country has reached a crisis not seen since the early 1990s.

On Friday, specialized teams from Port-au-Prince’s Haitian National Police were still trying to gain access to a women’s prison north of the capital after 145 women escaped. Gangs blocked the police response by setting fire to a police substation and shooting at police officers. At the same time, a powerful gang leader — a former cop named Jimmy Cherizier, who goes by the nickname “Barbecue” — was holding over 188,000 barrels of fuel hostage on his ninth day, blocking access to the country’s largest fuel terminal.

READ:  How the CIA failed its Iranian informants

“You get access to the terminal when we die,” Cherizier said, directing comments to interim Prime Minister Ariel Henry while holding up an M-4 automatic weapon and standing amid the flaming barricade his gang coalition had erected in front of the Varreux fuel Terminal.

Haiti’s neighbors have called for decisive action from the United States and other permanent members of the Security Council. At least one, the Dominican Republic, has publicly called for the return of a multinational peacekeeping force, arguing that Haiti’s instability and rampant gang violence are becoming a growing threat to the region.

Such a move would require Haiti to fall under so-called Chapter 7 again, an article of the UN Charter that allows the Security Council to use international forces in a peacekeeping mission. After 13 years, it ended in Haiti in 2017 when the UN Security Council, urged by the United States and others, finally withdrew its military and peacekeeping operations in Haiti.

If Haiti’s government requests this assistance, “the international community would certainly consider such a request,” Nichols added.

But “Haitian authorities have not asked for boots on the ground,” he said, “and there is no discussion of a Chapter 7 response to the situation in Haiti at this time.”

Rather than returning blue helmet peacekeepers, the United States has focused on bolstering the country’s more than 12,000-strong Haitian National Police Force.

The Biden government has screened members for a new SWAT team for the Haitian national police as part of an effort with France to train members of a new anti-gang unit in Port-au-Prince. Canada and the United Nations have been pushing for support for a $28 million security basket fund that donors can pour their money into to help fund the ill-equipped force and a new shipping container inspection project being led by the United Nations Office Nations managed for drugs and drugs is crime.

At the end of Friday’s donor meeting, the United States announced a $3 million contribution to add to Canada’s CA$10 million donation. The Haitian government has also donated $1 million directly to the United Nations Office on Drugs and Crime for the container project.

This is not the first time sanctions have been imposed on Haitian gangs. In December 2020, the United States Department of the Treasury imposed sanctions on Cherizier and two former members of then-President Jovenel Moïse’s government for their involvement in a 2018 massacre in the La Saline neighborhood of Port-au-Prince, which left scores dead . 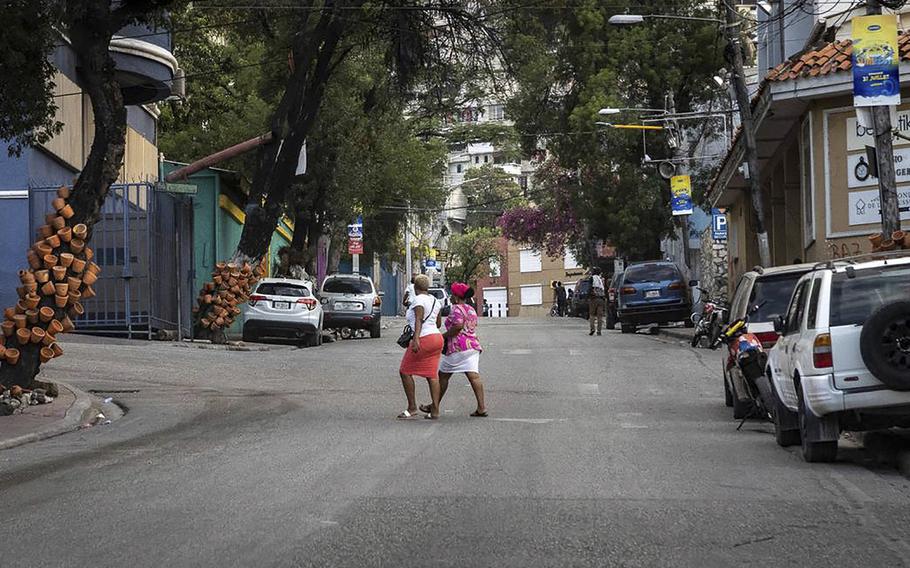 Normally this street in Petionville, Haiti would be clogged with traffic, but on this particular day, June 20, 2022, due to rampant kidnapping and increasing gang violence, traffic is light, especially as the sun goes down. (José A. Iglesias/El Nuevo Herald/TNS)

Despite sanctions and massacres widely condemned by the United Nations Security Council, Cherizier continues to roam freely, consolidating his grip on the capital through his heavily armed coalition known as the G-9 Families and Allies.

Over the summer, China had been pushing for an end to arms sales to Haiti’s gangs and trying to enforce an embargo as the UN Security Council considered expanding its political mission in the country. Although Beijing voted to extend it, it was disappointed that the final resolution did not include tougher language on an arms embargo on gangs.

Haiti observers warn that any sanctions must be severe, given the ability of powerful and corrupt figures in the country to wreak havoc when their interests are threatened. Although recent protests have flared up after the government announced hikes in fuel prices, the government and others have blamed the violence and looting on arms dealers, smugglers and oligarchs who are fighting back at the seaports, against $600 million to crack down on uncollected duties the shipment of illegal arms and weapons.

At the same time, they want the United States to play a more active role in sanctioning and arresting Haitians, especially in light of recent comments this week from both a senior Biden adviser and Canadian Prime Minister Justin Trudeau that oligarchs and the elite are contributing ” on instability in Haiti” and influencing the dynamics in the region.

Nichols said the United States would like to see the resolution include sanctions against “those who would supply illegal arms to gangs in Haiti,” but noted that the resolution has yet to be circulated among Security Council members.

“I think this is also a very important step. However, nothing in the resolution should prevent the lawful transfer of arms to the Haitian state security forces,” he said. “We already carefully monitor the licensing of arms sales to Haiti. The challenge is to track down the illegal arms smuggling to gangs and other illegal individuals.”

The deputy secretary said the threat of sanctions “has had a calming effect on the situation on the ground in Haiti in recent days,” although details of the possible solution have not yet been released.

“I think that passing a resolution and creating a framework will continue that calming effect,” Nichols said. “Until certain individuals are referred to a sanctions committee and then sanctioned internationally, you will see the transformative nature of this. So I don’t think just having the frame is enough. We have to appoint specific people.”