Usually all Tours to Italy contain a kind of package to explore the most beautiful sights and important historical monuments. You will have the opportunity to see the oldest and most impressive pieces of Italian history and archaeological sites that explain the history, growth and development of what is probably the most imposing country in the world! So, which archaeological sites in Italy are a must-visit? Check out our list of the 10 best places to enjoy Italian splendour!

As number one we have one of the most relevant and highly anticipated tour sites for any traveller!

The most important central space of ancient Rome and the life of Italian culture, the Roman Forum is now open to the public. What was once the scene of public speeches, criminal trials and even gladiator fights is now a site of impressive ruins and ruined buildings for you to tour and admire. The forum is barely intact, but just enough to imagine the ancient basilicas and temples!

The Roman theater was built during the reign of Augustus (31 B.C.

The main discoveries of the building were made in the 19th century, not that long ago! The knowledge of its purpose and importance is still relatively fresh and it relentlessly attracts tourists. You can explore what was once a 20 meter high stage and a 95 meter wide cavea.

Keep in mind that the theater is very easy to get to as the city has well-developed train connections! You can get here quickly from the capital, or if you’re coming from the Northeast, just take the High speed train from Venice to Milan and explore the wondrous Roman theater in no time! 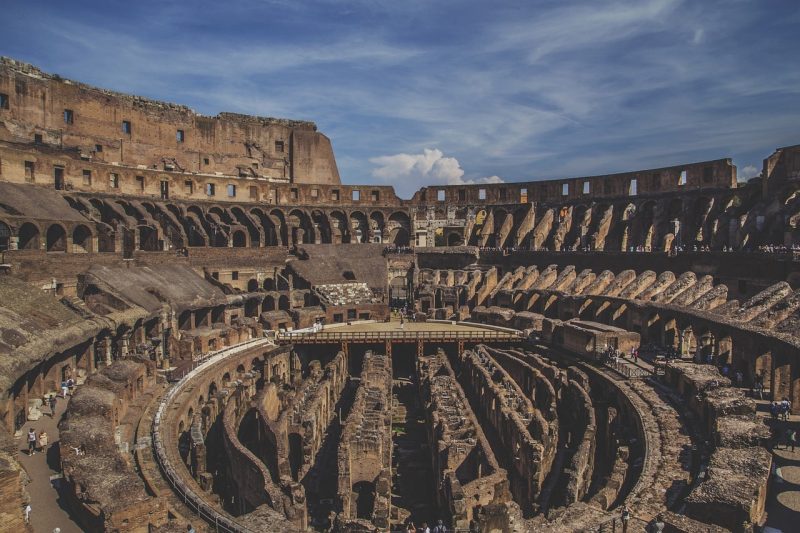 Of course, the Colosseum cannot be missing when talking about the most beautiful archaeological sites in Italy. It ranks at the top of tourist attractions and is constantly visited by visitors, and with good reason!

The amphitheater with spectacular structure and intricate architecture is over 2000 years old and its ruins are still very nice to visit! The Colosseum was the centerpiece of all kinds of events in ancient Rome and the seats you will see today were filled with noisy audiences thirsty for the event that was taking place at the time.

Possibly the most comprehensive archaeological site in Italy, Trajan’s Market in Rome explains daily life in ancient Italy and what it meant to be a middle-class trader or merchant.

The market is exactly as you imagine it. In the oldest shopping center in the world, visitors can see how easy and in what structures shopping used to be! Perhaps you can find something similar to what you can find in today’s markets?

At first glance, the Teatro Marcello looks like a bite out of the Colosseum, but in reality it was probably the architectural structure that inspired the latter to be exactly what it was.

READ:  9 Things That Will Totally Confuse Canadians When They Go To Europe & Some Will Suprise You

In front of the Colosseum, the Teatro Marcello is still used as a backdrop for various types of events and, although somewhat less well known, is of great importance to Italians. Explore the ancient areas of the open-air theater and the most impressive architectural formations that are still in very good condition today! 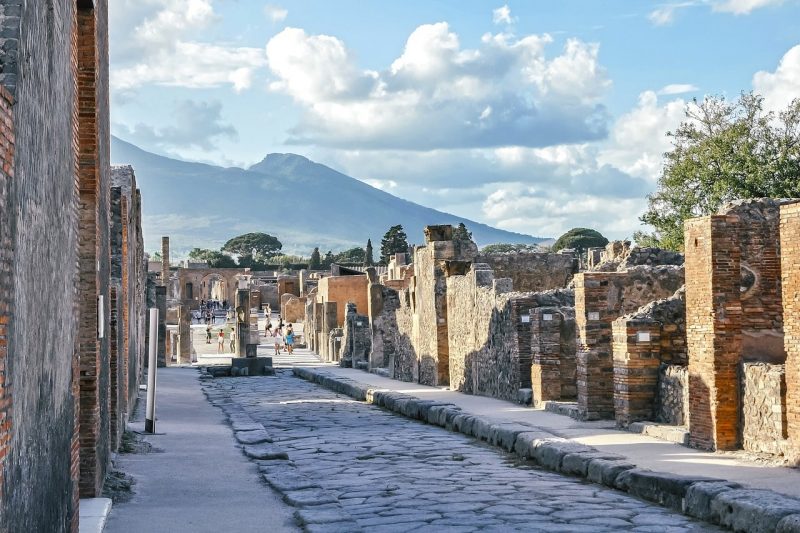 The ancient city of Pompeii, almost completely destroyed and devastated by the eruption of Mount Vesuvius, is one of the most significant evidence of Roman culture and civilization mixed with evidence of raging natural disasters.

There are many archaeological pieces to admire, such as the remains of the city walls, public buildings and even private homes! Hundreds of facilities from various architectural sites were destroyed during the eruption, but what remains of them still perfectly depicts the ancient life of Italians.

In a way, similar to Pompeii, Herculaneum is another great place in Italy to visit!

Though much less well known than Pompeii, Herculaneum met exactly the same fate in AD 79 when it was wiped out by the explosion of Mount Vesuvius, wiping out everything in its wake. Compared to Pompeii, this city is a lot less grand, which is probably why it is less visited. Still, the small and relatively private ash-covered town is well worth seeing!

Widely regarded as a telltale sign of Nuragic civilization, the tombs are scattered across the island and are striking for their size and intricate rock formations. The burial chambers are still shrouded in mystery, but you can learn a lot from guided tours or individual visits!

READ:  Ghosts reappears on BBC One and England take on Italy in the Uefa Nations League on C4

The Neolithic Caves of Matera in the southern region of Basilicata are the clearest evidence of one of the first human settlements in Italy.

Paleolithic settlers who lived until the 13th century B.C. Dating back to around 1000 BC, they created their way of life here in Matera, leaving behind much historical and archaeological evidence for tourists to explore today. The caves are hollowed out and there are many markers carved in stone, giving us a better insight into their lives so many years ago!

Probably as famous as the Catacombs of Rome, the Capuchin Catacombs in Palermo, Sicily are even more exciting and interesting to explore as they are still full of human remains.

While the sight is a little unsettling and perhaps a little spooky, the history surrounding the famous Capuchin Catacombs makes the discomfort worth it! Originally a resting place for the monks of the Capuchin monastery, the catacombs display an impressive collection of mummified corpses that serve as a status symbol.

Discover archaeological Italy and leave with even more knowledge than you thought! As you go, many memories will be made and educational walls broken down. Enjoy and learn all you can on this great Italian tour!