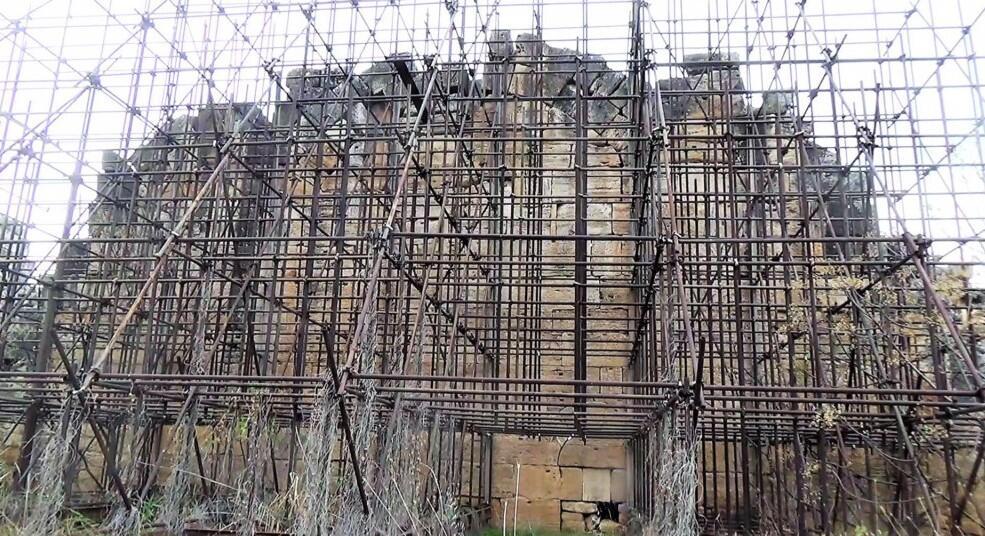 The baths of the ancient city of Hierapolis, a UNESCO World Heritage Site, are in danger of collapsing, according to tourism officials.

When talking about the final state of the thousand-year-old bath steps and fences, the tourism industry says that the ancient city has been under construction for 65 years, but only two months a year of excavation and restoration.

The ancient city of Hierapolis, believed to have been founded by Eumenes II, one of Pergamon’s kings in the 2nd century BC, was named after Hiera, queen of the Amazons and wife of Telephos. The hero of Bergama, which receives millions of tourists from around the world every year, it is the birthplace of the world-famous Pamukkale.

One of Hierapolis’ most important structures, the 2,800-year-old Temple of the Baths is now in danger of collapsing. The historical structure is surrounded by an iron fence to protect it from potential damage, and is secured by iron stairs to prevent it from collapsing.

Tourism expert Gazi Murat Shen said that the work done by the Italian delegation was not enough.

Excavations at the ancient city need to be accelerated, Shen said, adding that the measures will also play a role in increasing the number of tourists arriving in Pamukkale, which receives about 2 million tourists a year.

Also Read :  Did a Sultan Find Medusa’s Sarcophagus in the Basilica Cistern?

“The work that started in 1957 on the ruins of Pamukkale Hierapolis is still going on. The excavation and reconstruction work is being carried out by an Italian excavation team. “However, the excavation team that worked here for about six months in the past 10 years left the Hierapolis site after about two months,” said Shen.

Also Read :  This 2,000-Year-Old Turkish City May Have Unearthed An Ancient Refuge

Shen said the temple of Bant, which is in danger of collapsing, is of great importance to the ancient city of Hierapolis.
“In the past, guests were washed and purified here. This is a very important place for the city. But now it is in danger of collapsing. This place also urgently needs to be restored. A huge area of ​​reconstruction on this scale cannot be ignored,” he said.