Viewed from the elevated Puncak Waringin area, the spectacle is deceiving. Dozens of yachts, traditional wooden pinisi schooners, and smaller dinghies float in the bay of the town of Labuan Bajo, and a modest skyline of five-star resorts is beginning to obscure the sea.

The westernmost port city on the island of Flores in Indonesia’s far-flung East Nusa Tenggara archipelago is expected to continue welcoming tourists.

But Labuan Bajo is at the center of a tug-of-war between the necessary post-pandemic economic recovery and conservation.

Being a gateway to the 1,733 square kilometer Komodo National Park is both a blessing and a curse for the city. 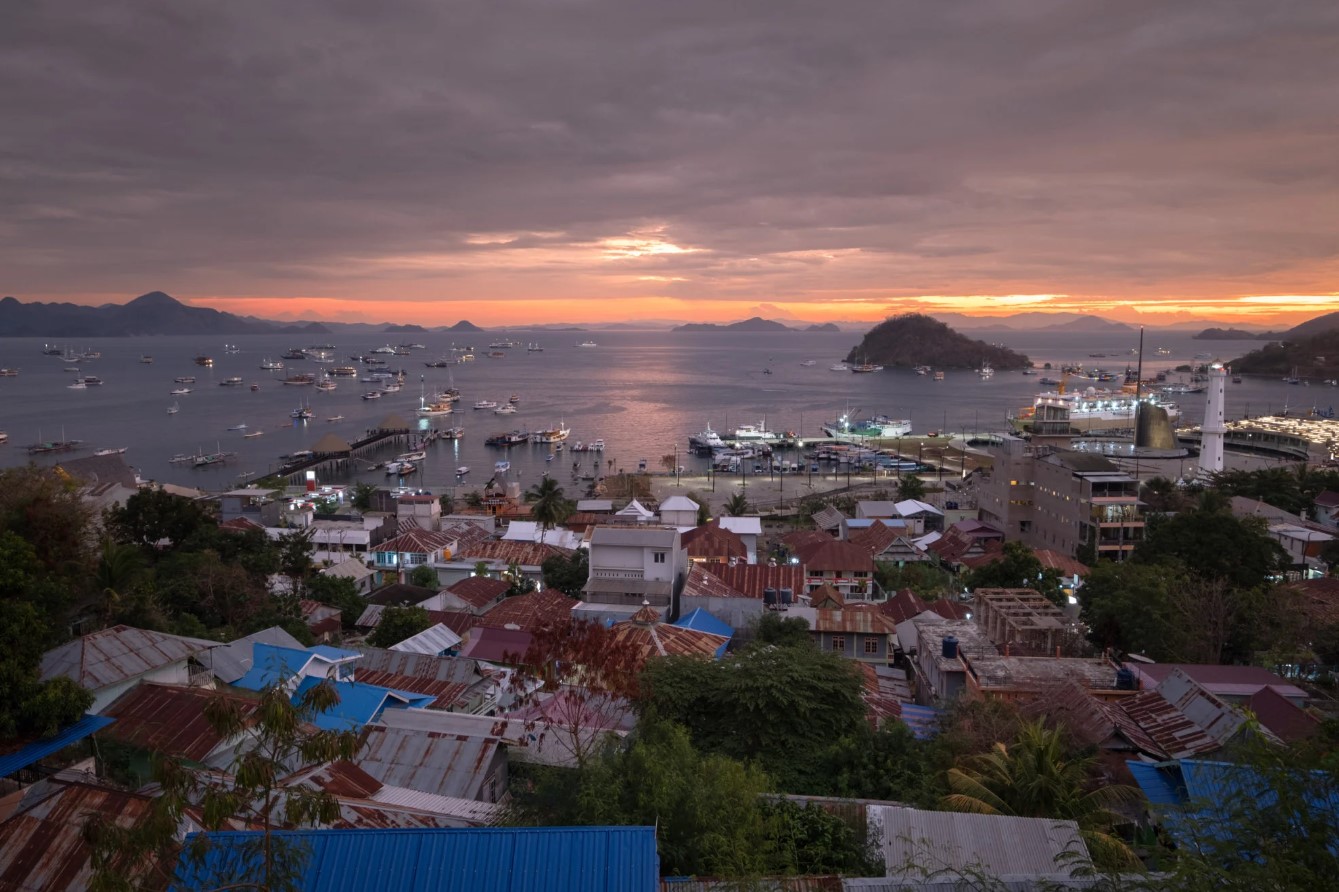 The park was established in 1980 to protect the giant lizards found only on the islands of Komodo, Padar and Rinca and was declared a Unesco World Heritage Site in 1991.

Since then, Komodo has put both Labuan Bajo and Flores on the map. In 2018 alone, 200,000 tourists came to see the kites – but mass tourism also brought an avalanche of changes.

Recent oceanfront developments include a Starbucks; a giant in the Meru franchise of Indonesian five-star hotels; and an uncompleted tourist wharf promenade with open-air food court.

Development continues along the coast all the way to the Waecicu Peninsula in the city’s northwest, where a major construction site now carries the Marriott Hotels banner and real estate prices are at their highest. 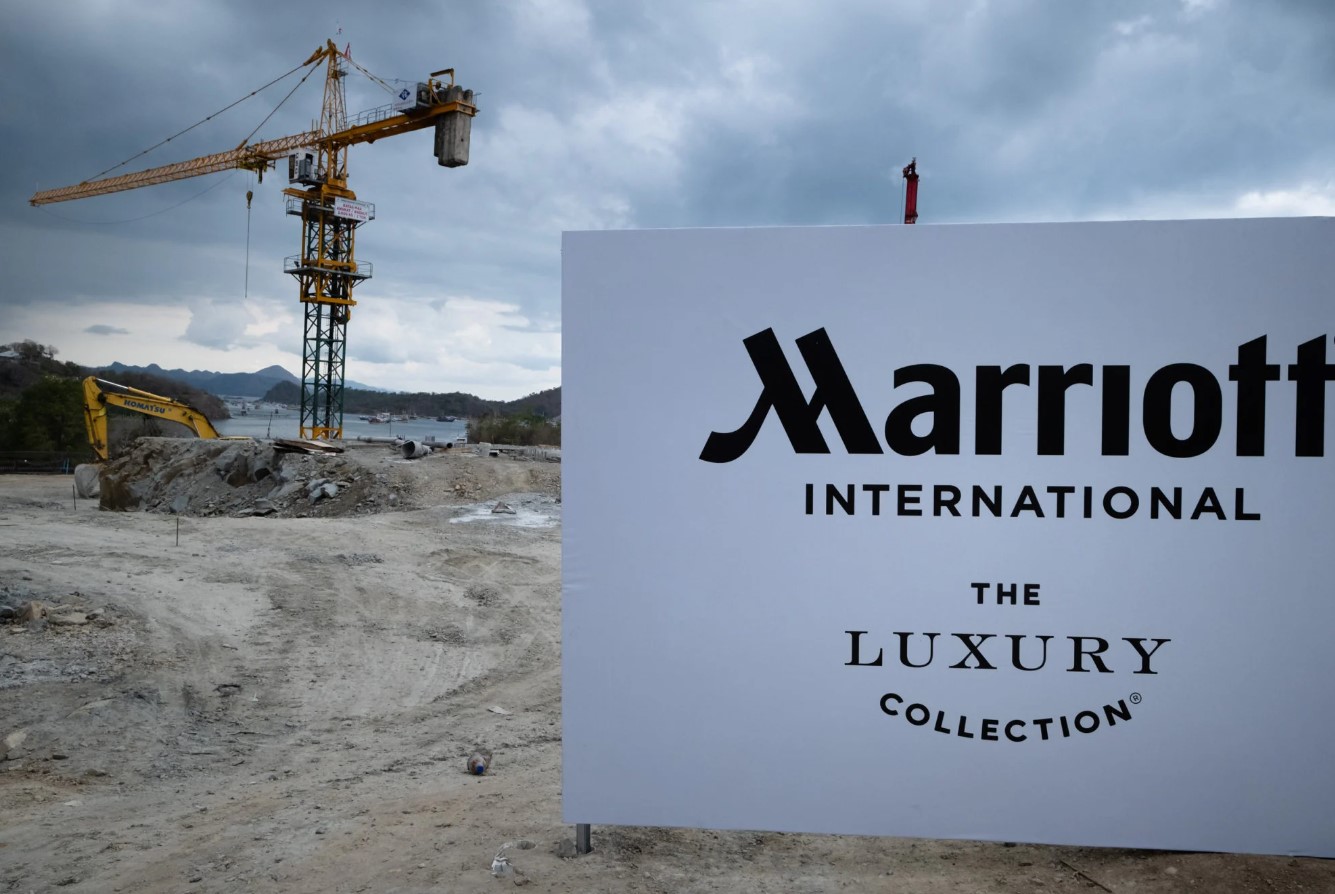 This bloated one-horse town is being transformed into one of the 10 new Balis that Indonesian President Joko Widodo has called for to boost far-flung economies through tourism.

It was the president himself who inaugurated the new terminal at Komodo Airport in December 2015. Although the airport in Labuan Bajo has been renamed after the main dragon’s den, the new terminal can welcome up to 1.5 million tourists a year. The airport’s capacity had been 150,000. 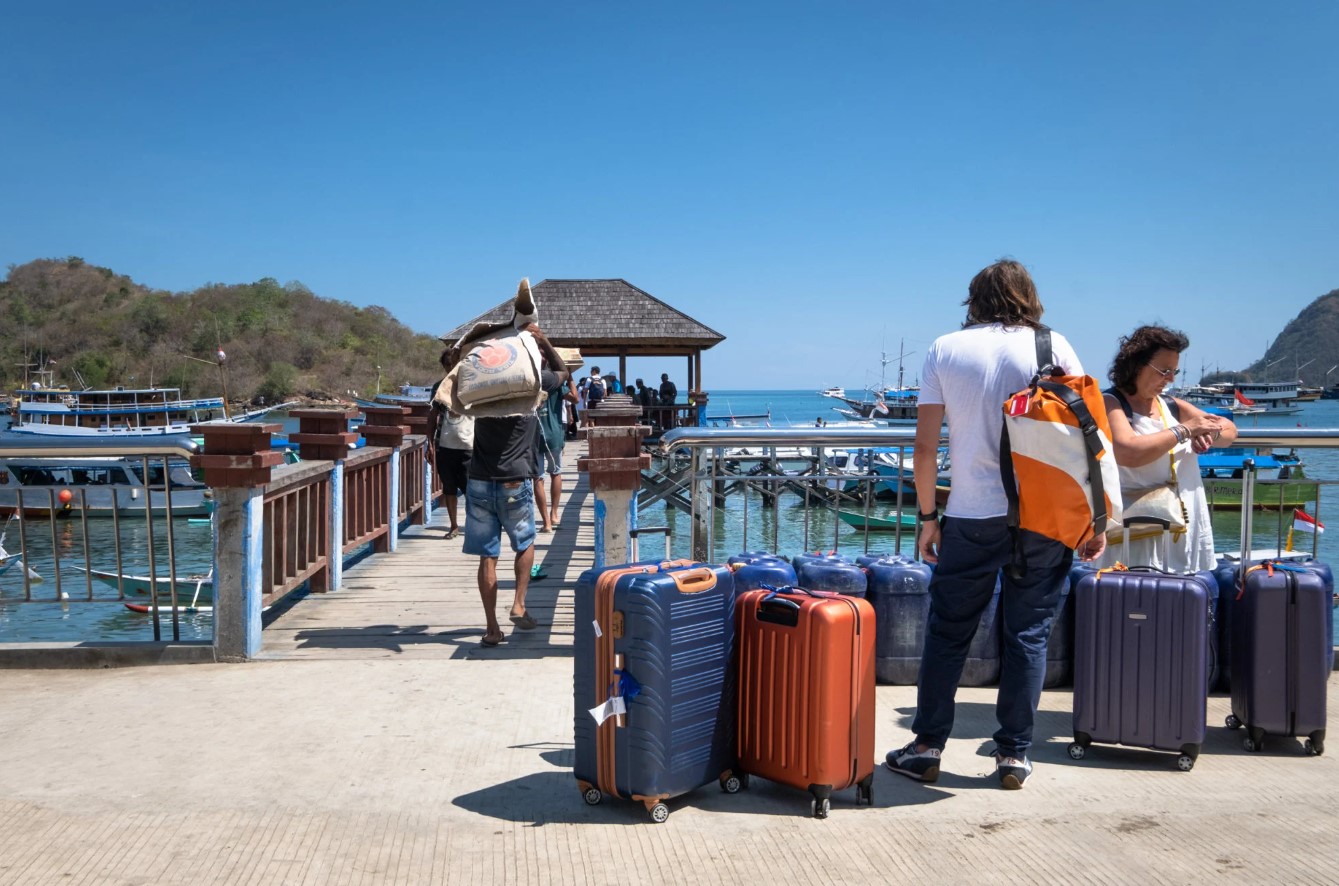 In July, Indonesian authorities announced a twenty-five-fold increase in the park’s entrance fee, from 150,000 rupiah (S$14) to 3,750,000 rupiah (US$250). Between July 28 and August 1, disenchanted locals took to the streets of Labuan Bajo in peaceful protests, threatening a month-long embargo on all tourist services.

On the last day of the protests, a journalist and three other people were arrested by the authorities. For this reason – and because freedom of expression is rare in Indonesia, where human rights activists and journalists are constantly harassed and threatened – most people interviewed for this article have insisted on anonymity.

“The fact that most local people don’t want to speak publicly says a lot about their fear of possible retaliation,” says author and writer Andreas Harsono, who has covered Indonesia for Human Rights Watch since 2008. “It may be unfounded, but it shows that fear is in the air.” 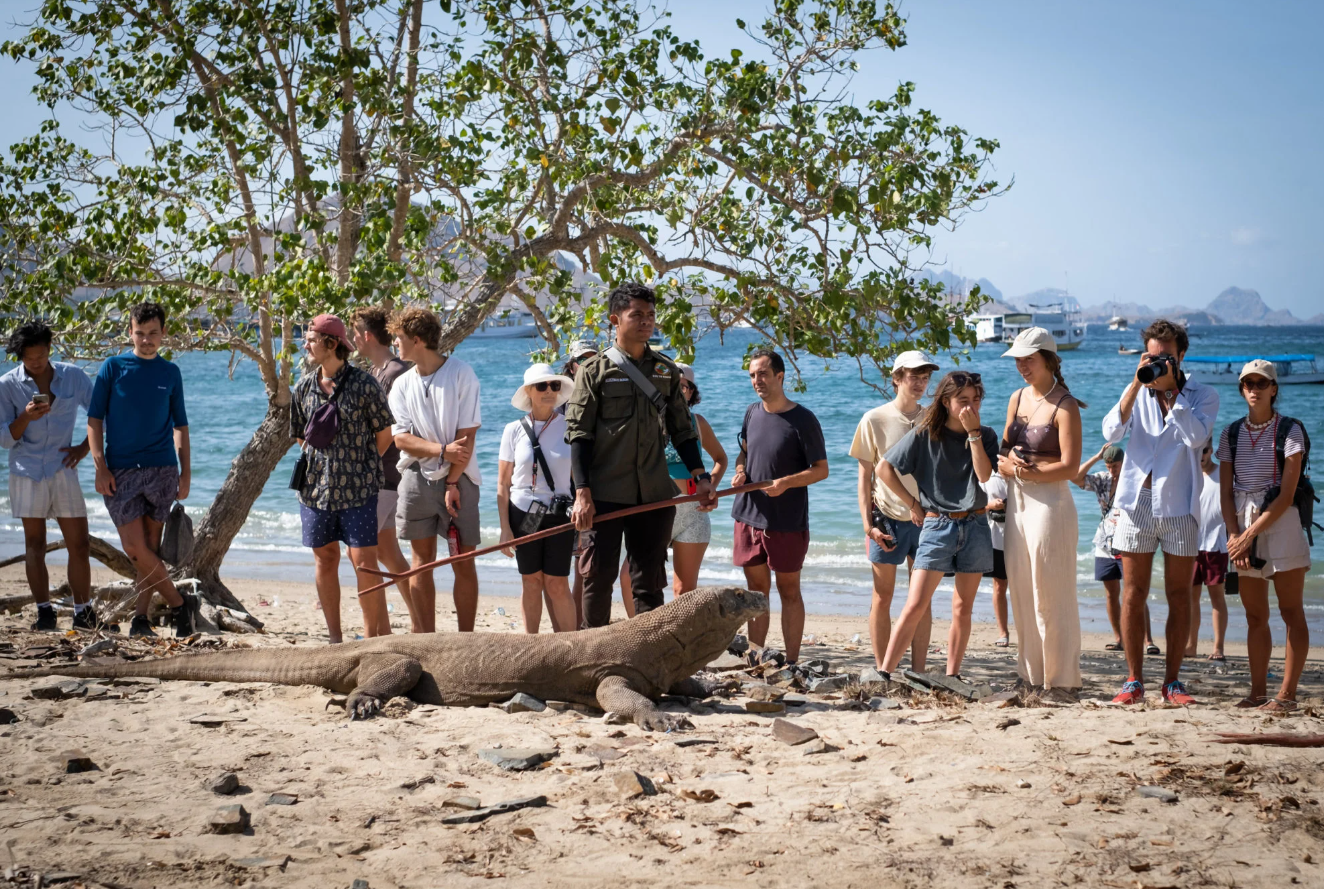 Frustration at the ill-timed proposal – after two years without tourism – is understandable, but this wasn’t the first time the government had tried to increase the fee.

The preservation of Komodo National Park has been on the agenda since 2019, when a proposal was made to close the park for a year to help restore the populations of dragon and deer on which they feed.

After local uproar, a large increase in the entrance fee – to $500 and then $1,000 – was proposed to control attendance, although neither went through.

These very expensive tickets would have allowed visitors to enter the park multiple times for up to a year.

“But honestly, who wants or can come again, especially if they’re coming from abroad?” says Edgar Lembor, owner of Labuan Bajo’s Raes Cafe and member of the Muhammadiyah Society, an NGO promoting a modern interpretation of Islam uses.

Commenting on the matter on the Presidential Secretariat’s YouTube channel on July 21, Widodo said the government had decided to focus on conservation on Komodo and Padar while allowing more affordable tourism on Rinca Island, which is home to an estimated 1,300 dragons and which has remained closed since late 2020 pending controversial tourism developments. 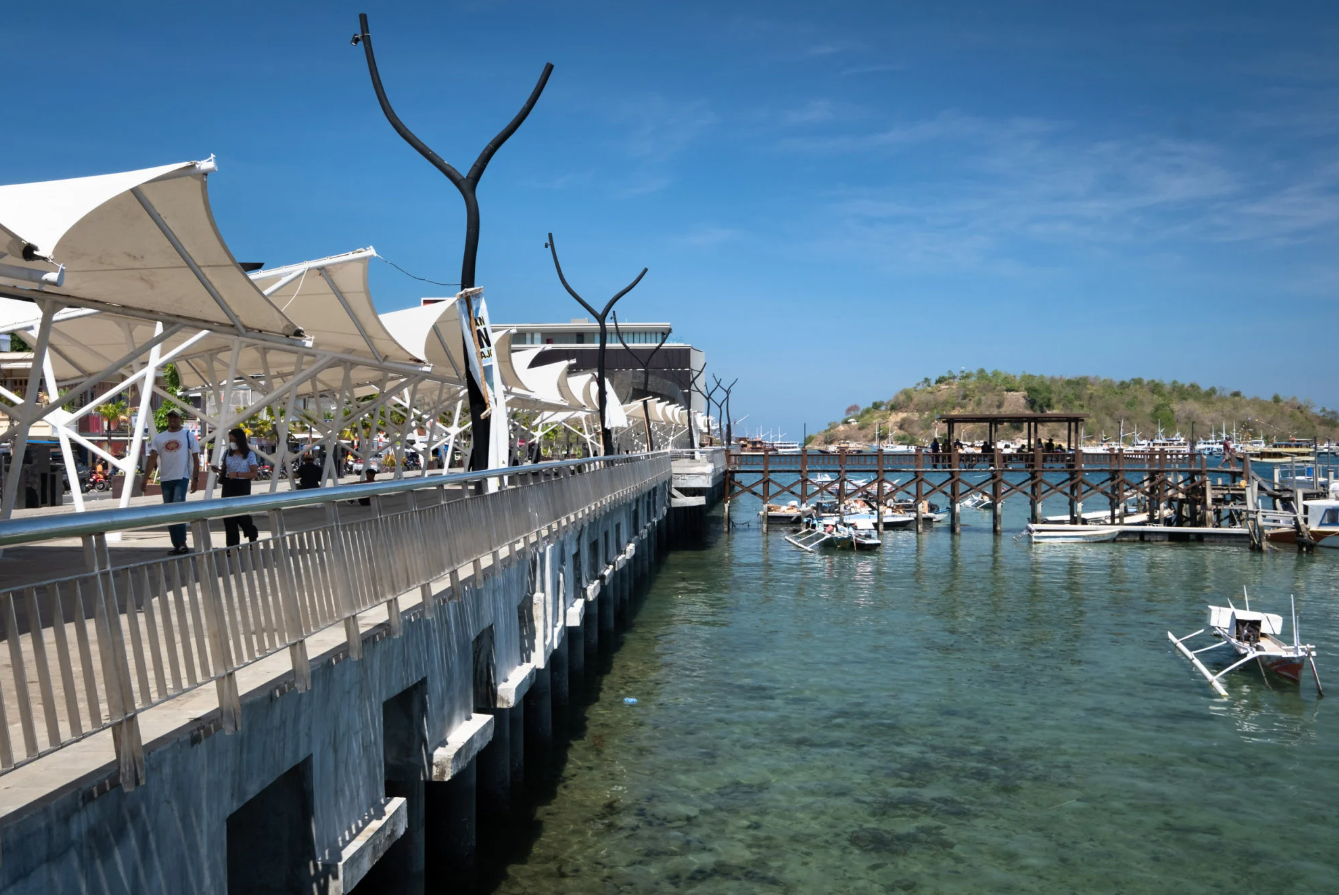 But according to several operators in Labuan Bajo, most tourists would view Rinca as a poor alternative, preferring to visit Komodo and Padar Island, where a high viewpoint and Pink Beach are popular Instagram spots.

The government’s plan would also close many of the national park’s top dive sites to those unable to pay the hefty entrance fee.

“We demonstrated peacefully on the streets for three or four days until the government reconsidered its decision and postponed the price increase until January 1, 2023,” says Lembor. “But next year we will have the same problem.” 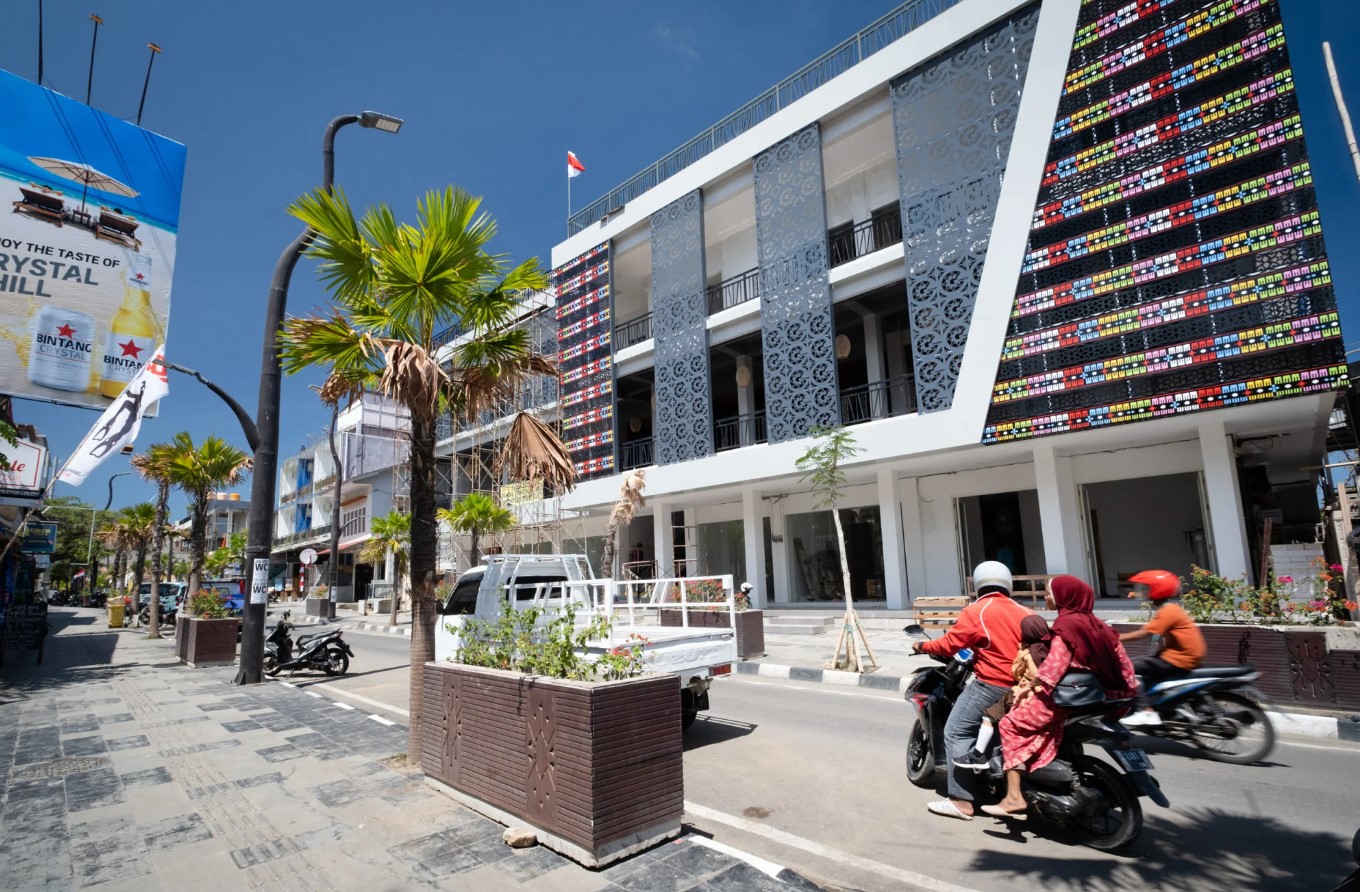 If a coherent balance is to be found between conservation and tourism management, most local tourism providers agree that park fees should be targeted at different visitor categories and the impact of visitor numbers should be controlled over the long-term.

“Parking fees are one thing, but how do they benefit the park? It would be excellent if funds were put back into general park infrastructure,” says a liveaboard cruise operator who has worked in Labuan Bajo and Komodo for more than 10 years.

“There are not enough designated and secure fixed berths for all boats; [a sufficient amount] can put an end to the damage to corals caused by anchors and their chains. This is a real issue that needs to be addressed at each of the snorkeling and easy to access dive sites.

“There also needs to be more targeted enforcement of no-fishing zones in Unesco protected areas.” 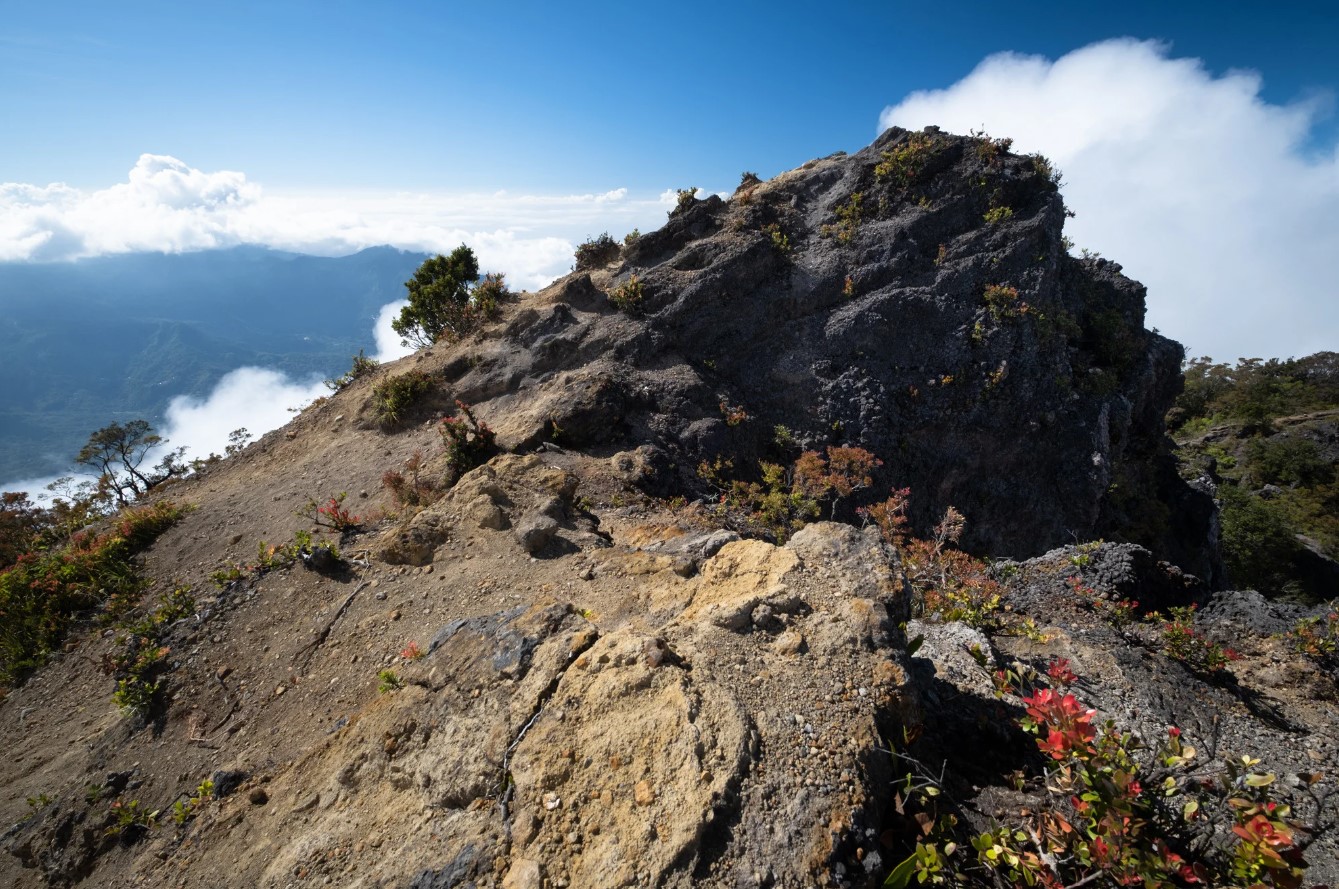 A more expensive Komodo National Park could also sound the death knell for tourism to the east, in the rest of Flores.

“Komodo is still the priority as Labuan Bajo gets more attention from super premium tourism and for this reason all development programs are not focused on Flores in general but only on Labuan Bajo,” says a local guide in the city from Ruteng, a four-hour drive east.

Among other attractions, Ruteng boasts the Liang Bua Cave, where scientists found the remains of Homo floresiensis in 2003. This species of dwarf people lived on Flores around 50,000 years ago, before the arrival of modern humans. 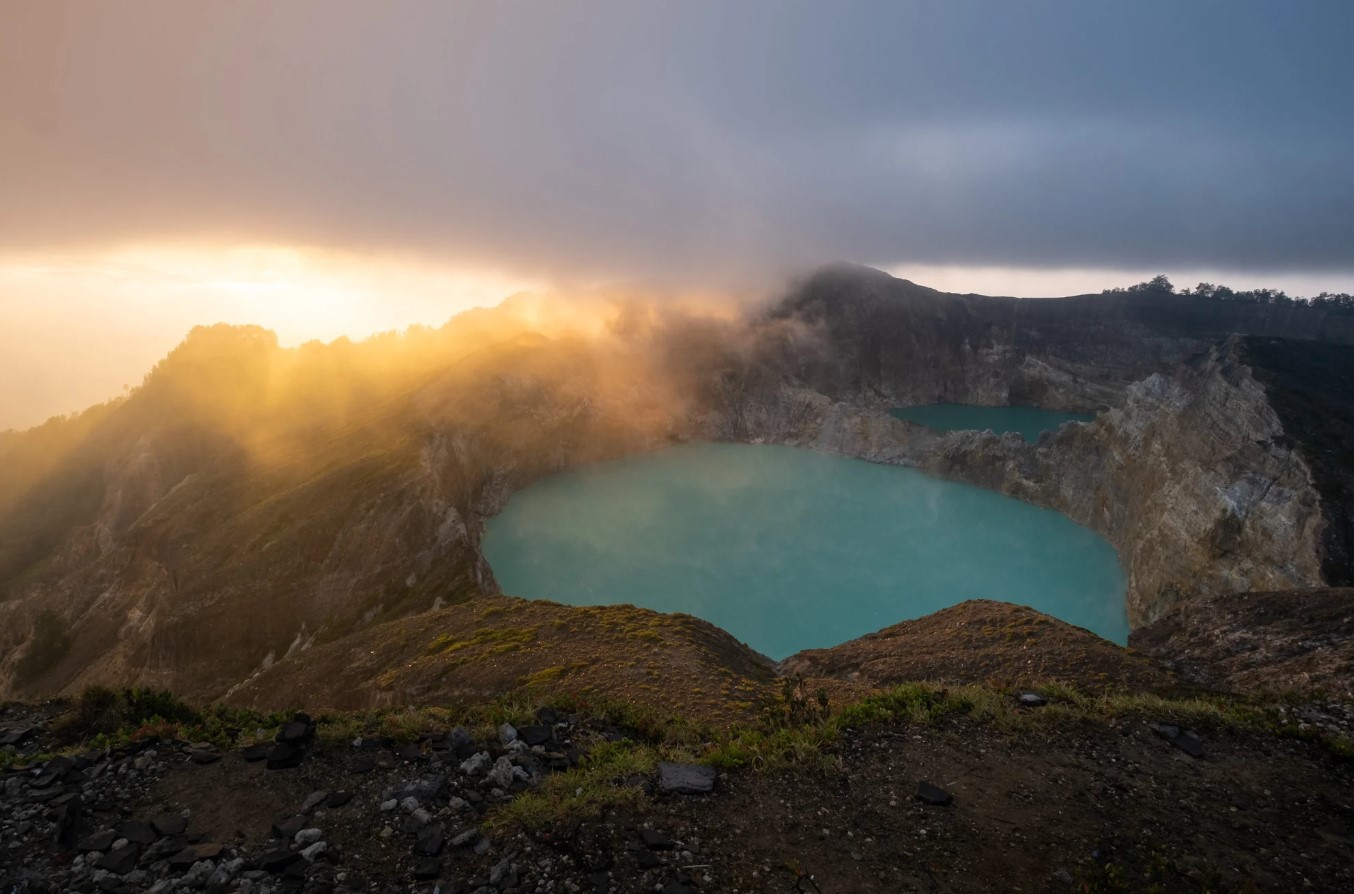 Still further east is the highland town of Bajawa, nestled in the shadow of the cone-shaped Inerie volcano, Flores’ highest peak, and surrounded by waterfalls, hot springs and traditional villages.

Another five hours east are the tricolored crater lakes of Kelimutu, Flores’ second most famous attraction. But the vast majority of tourists head west from Labuan Bajo — into Komodo National Park — rather than east.

When I finally set foot on the rugged Komodo Island, I find lazy, giant dragons sunning themselves on the beach.

“They come down from the mountains just after mating, are very tired and don’t move for long,” explains a park ranger.

At this time of year the beasts make it very easy for the large numbers of tourists who dock here either on day trips from Labuan Bajo or at the end of the increasingly popular four day/three night backpacker cruises from Lombok, alongside Bali, 350 km west.

I ask my guide if he thinks it would be good for the region to increase the entrance fee to the Dragon’s Cave and shake my head.

“If need be, we will be ready to protest again next year in January,” he says.

This article was first published in the South China Morning Post.