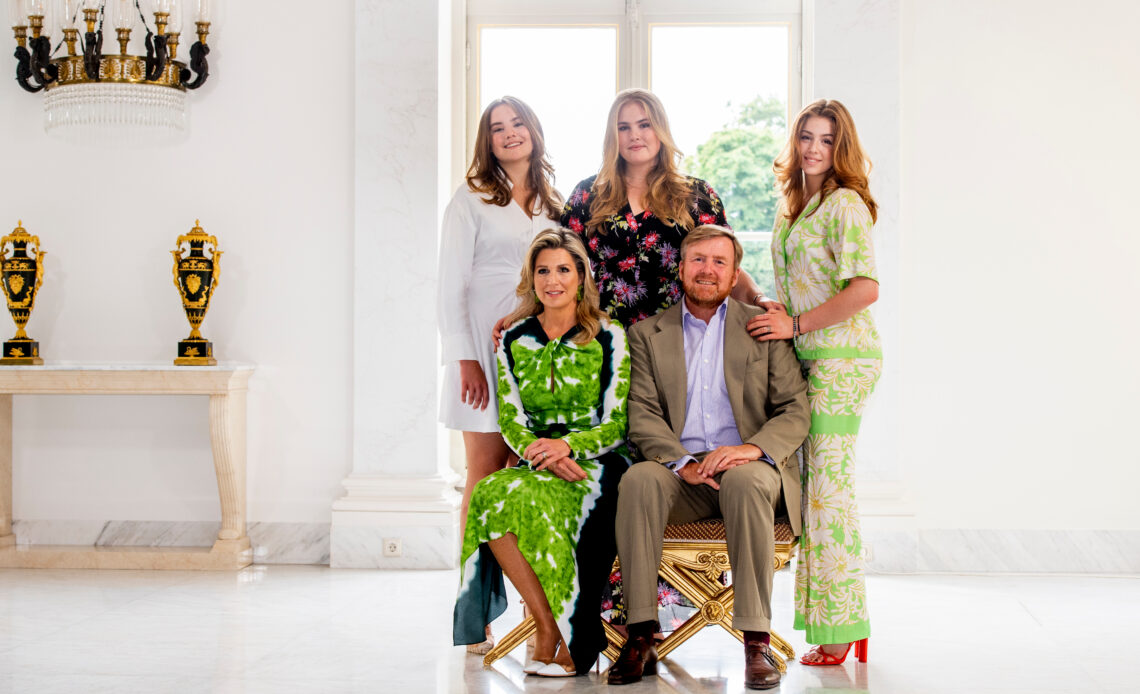 Like most other royal families, the Dutch royal family had a busy 2022 as engagements and travel returned to normal. King Willem-Alexander and Queen Makima traveled a lot this year, while their eldest daughter, Princess Katrina-Amelia, entered a new chapter in her life.

The family had a quiet January, with the engagements starting again in the second half of the month.

In early February, the Royal House of the Netherlands announced that the King and Queen would make a state visit to Greece in March 2022. However, the trip was postponed to the second week of March due to the Russian invasion of Ukraine. The couple visited with Ukrainian refugees in the Netherlands in early March, and Willem-Alexander released this statement on February 24:

“Our hearts go out to the people of Ukraine and everyone affected by the violence. Our thoughts are very much with the people there and with the Ukrainian community in the Netherlands, who will be worried about the situation of their families and friends.”

King Willem-Alexander, Queen Macima and Princess Beatrix attended a service of thanksgiving to honor the life and legacy of the Duke of Edinburgh on March 18 at Westminster Abbey.

In early April, the King and Queen hosted the President of India for a state visit. The Invictus Games were held in The Hague from April 16 to 22, and members of the royal family attended several events. Willem-Alexander joined Prince Harry to watch the wheelchair basketball final before the closing ceremonies. At the end of the month, the family celebrated King’s Day in Maastricht.

May was a month of regular engagement for Dutch royalty. Princess Magritte returned to Canada for a visit originally planned for 2020. The princess was born in Canada during World War II and visits Canada regularly.

Princess Katrina-Amelia and her parents attended the 18th birthday celebrations of Princess Ingrid Alexandra of Norway in June. It was a notable event, as several of Europe’s heirs attended the event as their first tiara event, including that of Katrina-Amelia. The King and Queen also hosted the first diplomatic dinner at the Royal Palace in three years and ended the month with a state visit to Austria.

The King and Queen pledged a permanent engagement in July, and the family went on their annual summer vacation in August.

In September, Princess Katrina-Amelia started university at the University of Amsterdam, where she is studying for a bachelor’s degree in politics, psychology, law and economics. Unfortunately, although the princess began her tenure living in student housing, she was forced to return home with her parents after it became clear that she might be a target for kidnapping.

She also attended her first opening of Parliament as the Princess of Orange. Known as Prinsjedag, it takes place on the third Tuesday of September each year, where the king gives a government speech. The day was marked by protests by farmers who criticized a new nitrogen program.

King Willem-Alexander, Queen Makima and Princess Beatrix attended the funeral of Queen Elizabeth II in London at Westminster Abbey. Upon her passing, the king issued a statement:

“We remember Queen Elizabeth II with deep respect and great affection. Strong and wise, she devoted her long life to serving the British people. We feel a strong bond with the United Kingdom and its royal family, and we share their grief at this time. We are grateful for the close friendship between our countries , to which Queen Elizabeth made such an unforgettable contribution.”

In October, Willem-Alexander and Maxima were in Sweden for another state visit, this time with a family connection. Princess Estelle welcomed the couple at the start of their visit; The king is godfather to the ten-year-old princess and seems excited to see his daughter.

The King and Queen, as well as their three daughters, participated in a new exhibition commemorating the life and reign of Queen Juliana of the Netherlands. The family took “Guliana’s Centenary” at De Nieuwe Kerk in Amsterdam and had a photo session.

In early December, the government announced that the king had ordered an independent investigation into the role of the Dutch royal family in colonialism. The four-member panel consists of a human rights expert and three historians and will explore from the sixteenth century to the present day.

King Willem-Alexander made his Christmas message on TV at 1pm on Christmas Day.