Adventure travel pushes their limits. Gone are the days when active and adventurous experiences were reserved for wild places and rural communities. A growing number of city tours offer the opportunity to exercise your body or experience thrills while immersing yourself in the culture and history beneath the urban bustle. Here are 10 of our favorites. 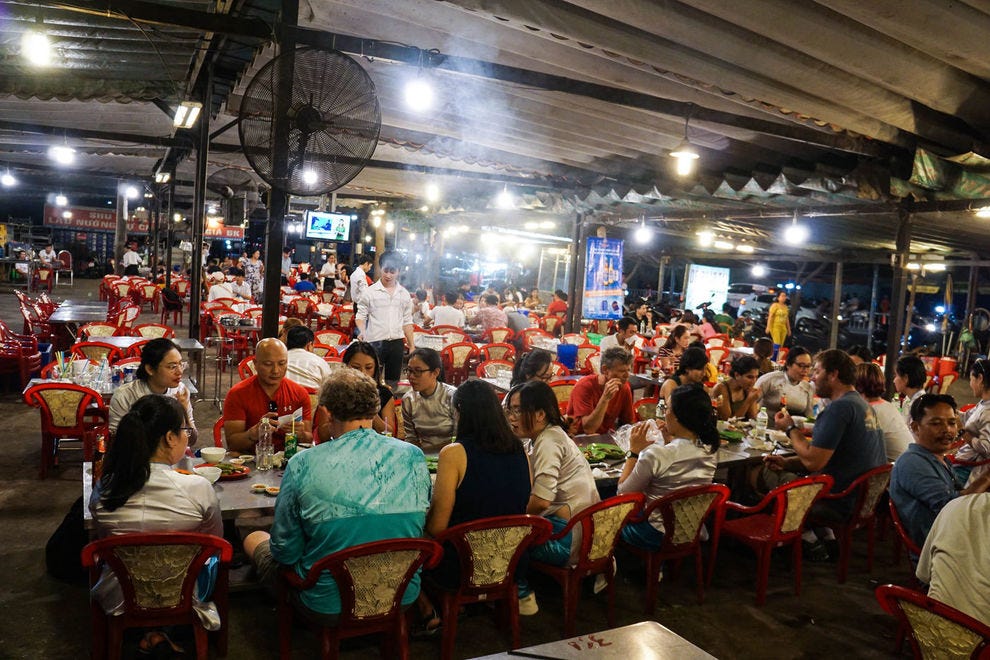 With nearly 9 million residents and approximately 8 million motorcycles, Ho Chi Minh City is home to an epic street food culture. But navigating the stalls, many of which specialize in a single dish, can be just as daunting as navigating the teeming streets.

XO Tours’ foodie tour cuts through that traffic on the back of a motorbike to sample some of the city’s best bites beyond District 1 and Bánh Mì. The featured food stalls and open-air restaurants will serve bún bò huế noodle soup, grilled okra, grilled frog, mung bean pancakes, chili salted crab and more. 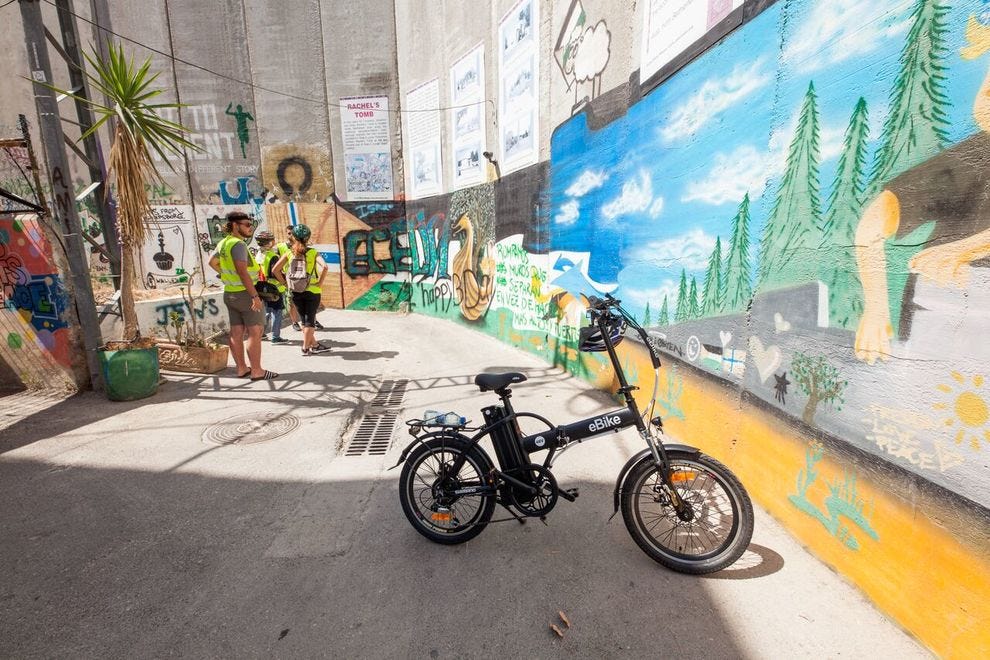 Millions of tourists and Christian pilgrims flock to Bethlehem each year to visit the Church of the Nativity (the believed birthplace of Jesus), Manger Square and other sites of religious importance.

For active types looking to ditch the tour bus while still covering a lot of ground, guided e-bike tours meander the winding Ottoman-era stone streets and zoom gently over the hills to skirt the street murals and traditional craft shops in Beit Sahour or to visit the ruins in Beit Jala. Tours, coordinated by the Siraj Center or Walk Palestine, depart from the Bank of Jordan in Bab Zukak every Friday at 9am or by request for large groups. 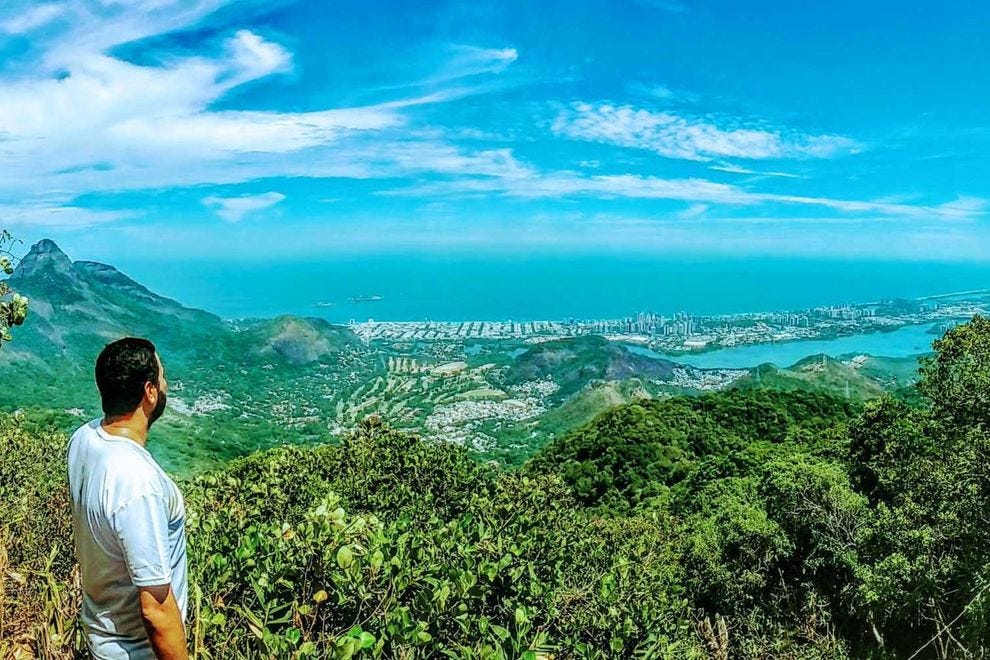 Covering almost 10,000 hectares, Brazil’s Tijuca Forest National Park covers 3.5% of the land area of ​​Rio de Janeiro and is one of the largest urban forests in the world. In the 1800s, much of the original rainforest was cleared to make way for coffee plantations, destroying wildlife habitats and reducing the rivers that supported Rio’s population, prompting reforestation efforts beginning in 1861. 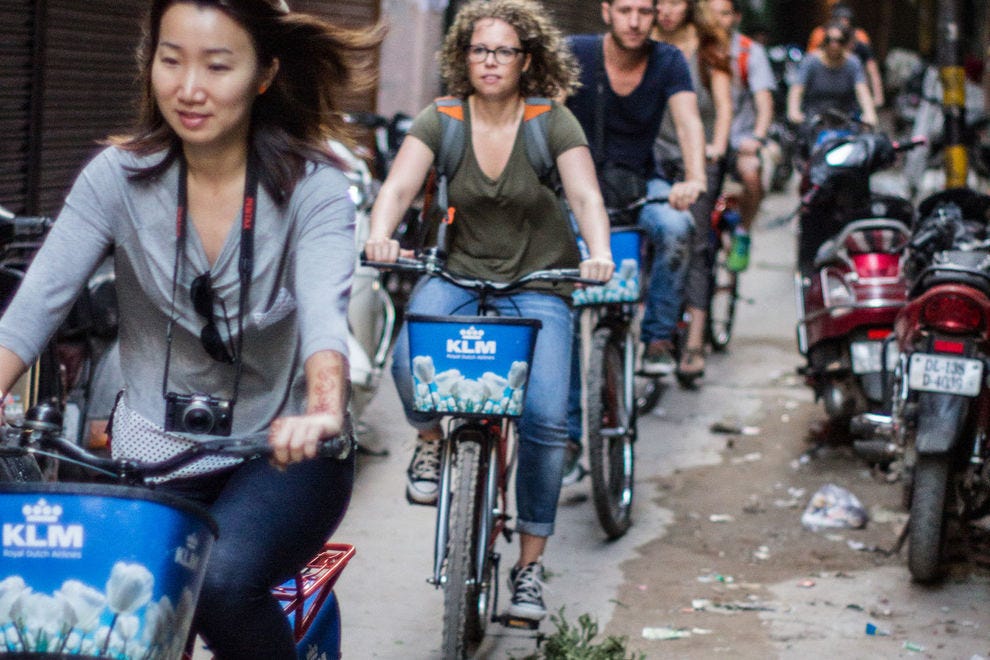 From Asia’s largest spice market to a web of bustling 17th-century lanes, Old Delhi pulsates with human activity past and present. Since 2009, Delhi By Cycle has been running tours showcasing the city’s treasures, from the vermilion splendor of Old Delhi Railway Station and the Red Fort to the best places to sip a roadside chai.

On the Shahjahan Tour, travelers see the city come to life as they get their hearts and adrenaline pumping as they navigate the web of streets full of vendors, rickshaws, cars and cows. 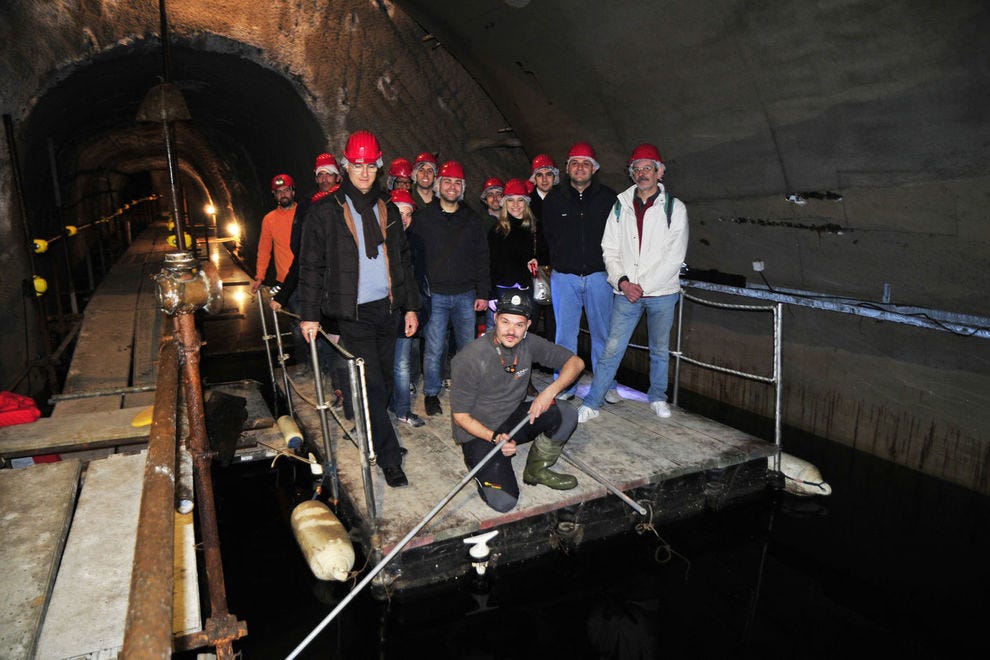 Fearing a rebellion, King Ferdinand II of Bourbon began building an escape route under the city of Naples in 1853. The tunnel connects to 15th-century aqueducts and underground cisterns, but remained unfinished and forgotten for almost 100 years. During World War II it served as an air raid shelter and military hospital, later becoming a police requisition site and a dump for war debris before fading out of public view again.

From the 2000s, this “Bourbon Tunnel” was rediscovered and restored. Three days a week (Fridays, Saturdays and Sundays) and on public holidays, historical hikes and more adventurous caving and rafting tours showcase the aqueducts, cisterns and artifacts – from vintage cars to children’s toys – left behind by the people who put them in used over the years. English adventure tours should be booked in advance. 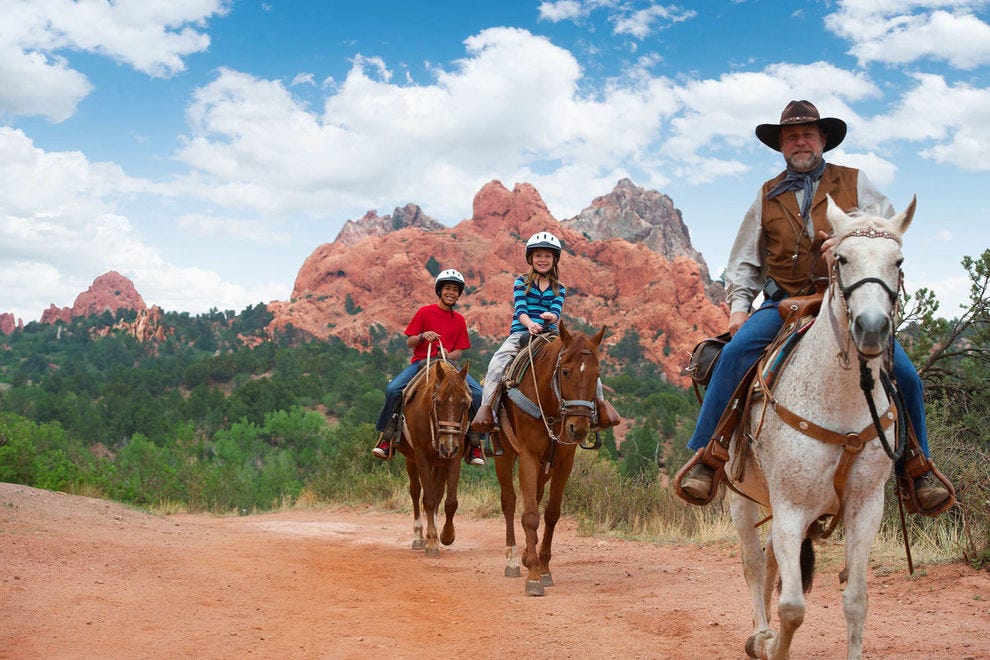 Take a trip down memory lane as you explore this city park on horseback — Photo courtesy of VisitCOS.com

Academy Riding Stables’ 1- and 2-hour horseback riding adventures explore the countryside with a dose of Wild West fun. From their elevated seat in the saddle, riders get a new perspective of the landscape while knowledgeable guides share information about the park’s history, flora and fauna, and unique geology. 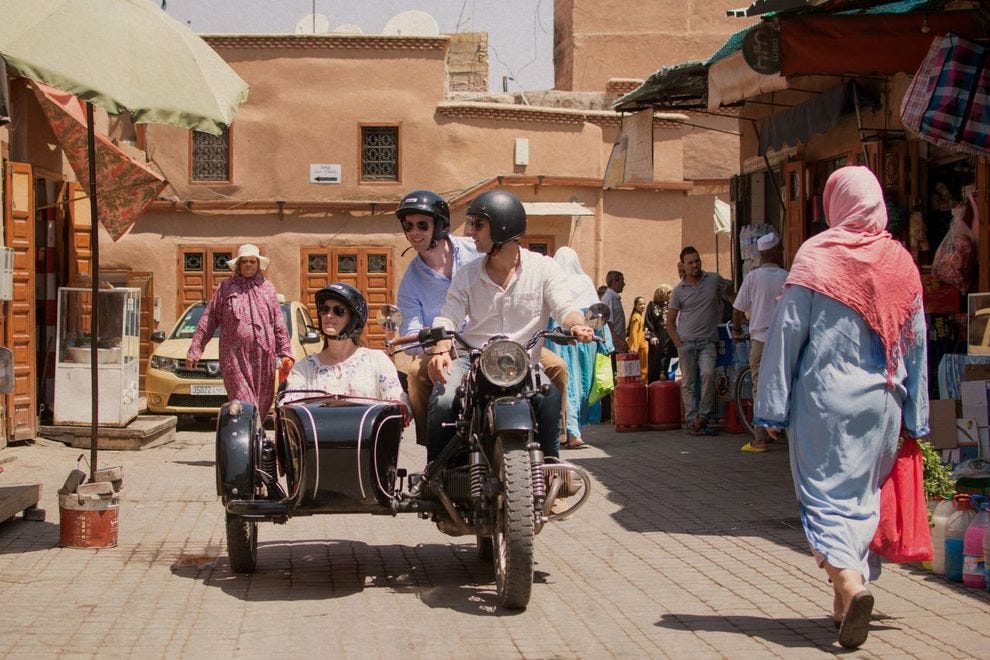 See the city from a vintage sidecar – Marrakech, Morocco

Marrakech was founded in 1070 AD and has been a cultural, political and economic center for much of its existence. While most visitors come to experience the ever-bustling Jemaa El Fna and see the 250-foot minaret of the Koutoubia Mosque, Marrakech Insiders’ “Secret Ride” takes travelers to lesser-known sights within the Medina’s ancient walls and scattered around about the later French quarter.

Just hop on the back of a vintage motorcycle—or in the attached sidecar—and get ready to learn about flea markets, secret gardens, Art Deco buildings, or khettaras (ancient irrigation systems) in the Palm Grove. 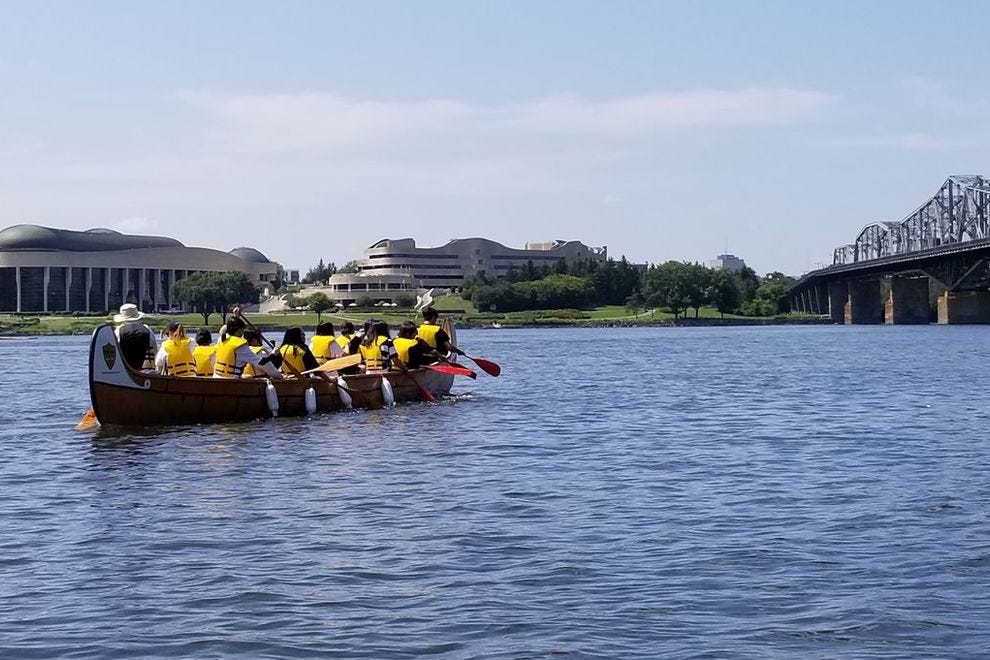 The Ottawa River, named for the Odawa people, has long been an important trade route — Photo courtesy Rabaska Canada

Although the city of Ottawa was founded in 1855 on unceded Algonquin territory, Anishinabek, people have lived in the area for an estimated 8,500 years. Groups looking for a glimpse into the city’s and country’s rich past can book a museum and canoe experience with Indigenous Experiences.

The tour begins with a guided 60-minute visit to the Canadian Museum of History. Guests and an interpreter (costumed as an 18th-century French-Canadian fur trader or voyageur) then board a Montréal canoe for a 90-minute round-trip expedition down the Ottawa River. 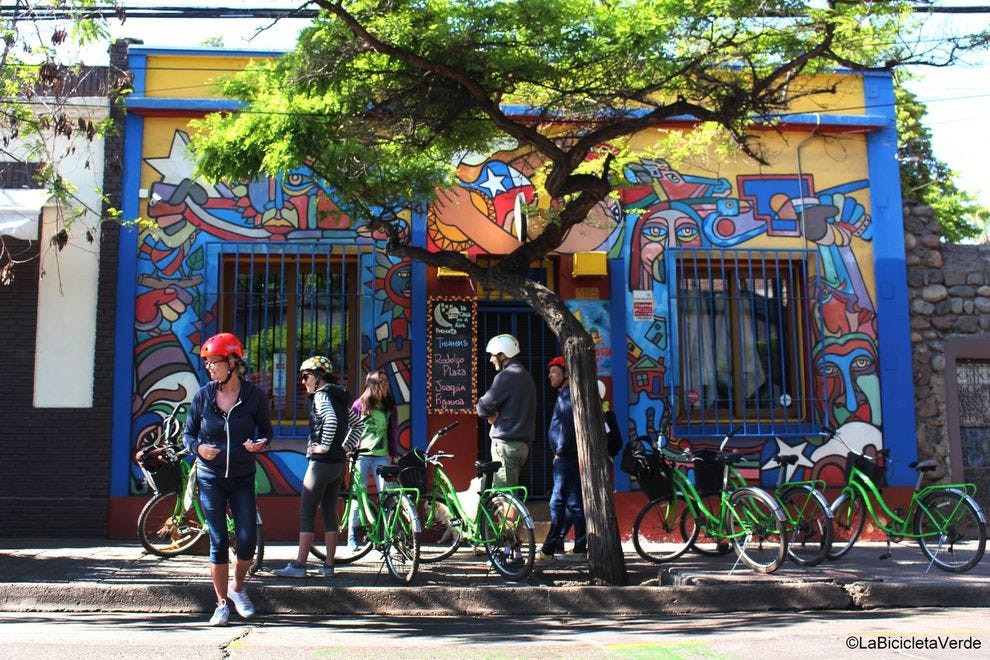 This capital city, tucked away in the Central Valley between the Andes and the Chilean coast chain, remains a worthwhile destination and one of the safest for travelers to South America. La Bicicleta Verde harnesses the green energy of bicycles to introduce visitors to Santiago’s bustling tree-lined streets, colorful markets and modern shops.

Guests pedal through mural-lined lanes and leafy parks, pausing to sample local fare—whether sopaipillas from a street kiosk or gelato at a hip cafe—while chatting about everyday life and history. 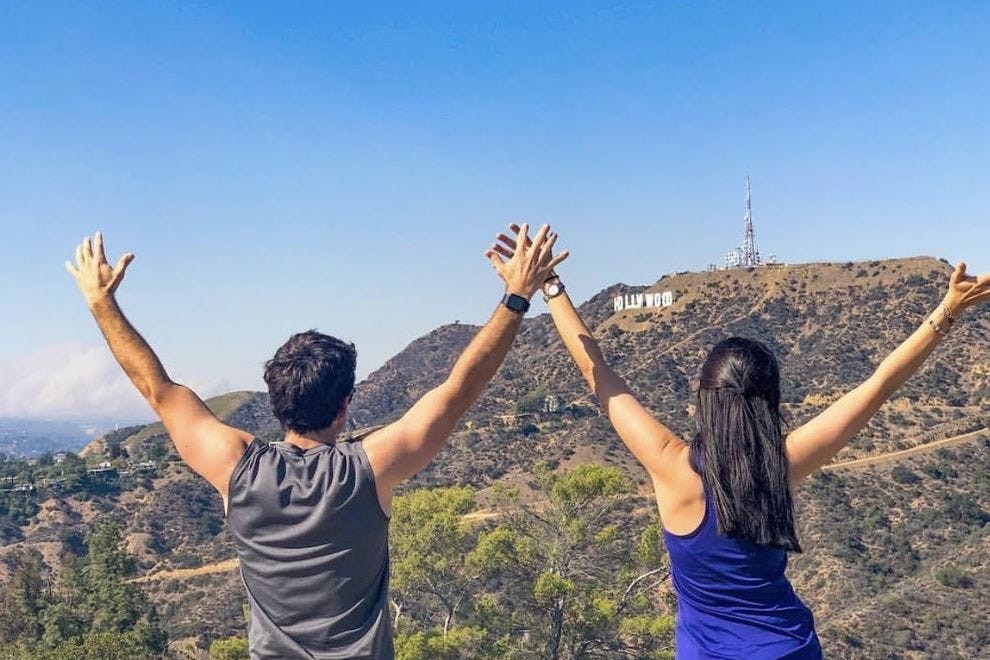 The 45-foot-tall, 350-foot-long “Hollywood” sign sits atop Mount Lee in the Hollywood Hills — Photo courtesy of Bikes and Hikes LA

Los Angeles visitors tend to stroll the boardwalks of Santa Monica and Venice Beach, or join a studio tour for a behind-the-scenes look at nascent Hollywood. But California’s largest city is also home to one of the largest urban parks in the United States. Spread across more than 4,210 acres of wilderness and landscaped nature, Griffith Park is home to miles of hiking trails and the famous Griffith Park Observatory.

Active travelers looking for a different take on the city can join Bikes and Hikes Experience LA for a roughly 2.5-hour hike to the top of Mount Hollywood. Knowledgeable guides — many of whom are actors or comedians — fill you in on Hollywood history, movie trivia, and their favorite LA spots. The experience culminates with Instagram-worthy photo sessions featuring the city skyline, the Hollywood sign, and an insider highlights tour of the observatory.